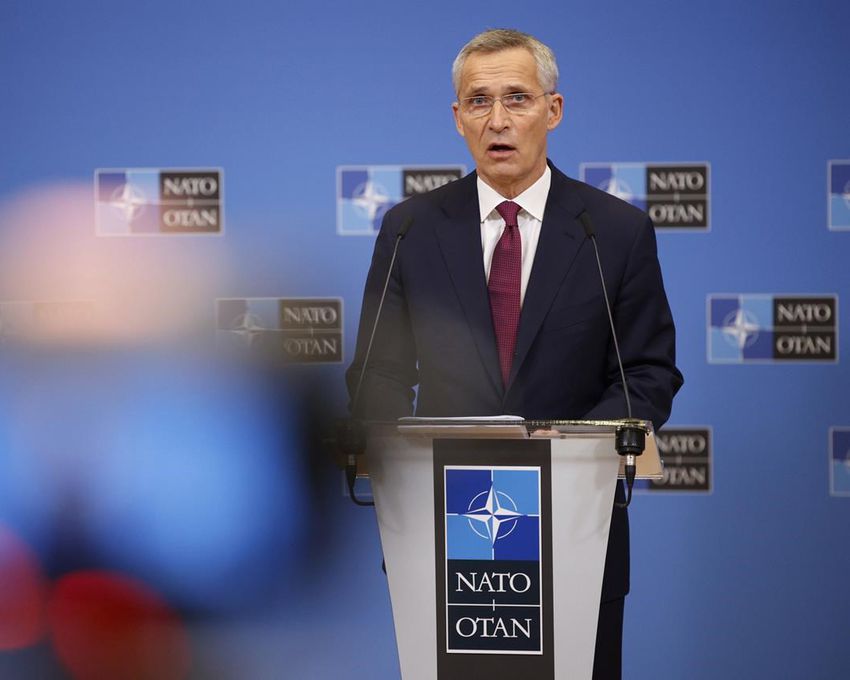 NATO must be prepared for the failure of dialogue between Russia and the West, the organization's secretary-general Jens Stoltenberg (pictured) said on Friday amid continuing tensions at the Ukrainian border. Foreign affairs ministers from the military alliance met via video call to discuss their approach to the situation, as the organization prepares for the first NATO-Russia Council since July 2919 this week.

Moscow has persisted in its build-up of troops at the eastern European country's border with Russia, which has raised fears for months now that Putin may once again invade Ukraine. Speaking to reporters in Brussels following the meeting, Jens Stoltenberg said: "We will make every effort to ensure a political path for the prevention of the use of force, but at the same time we need to be prepared for if dialogue fails. We are sending clear messages to Moscow that if it uses force, there will be severe consequences - sanctions economic and political."

NATO is concerned that based on Putin's previous track record - after invading eastern Ukraine in 2014 - that there is a real risk of a military conflict should diplomatic efforts to de-escalate the crisis fail. Stoltenberg added that Moscow's demands are unacceptable and that the West will continue to support Ukraine. "The whole idea that Ukraine is a threat to Russia is to put the whole thing upside down. Ukraine is not a threat to Russia," he said.

"I think if anything it is the idea of a democratic, stable Ukraine which is a challenge for them and therefore NATO will continue to provide support to our partner, to a sovereign nation, but also, of course, recognizing that Ukraine is a partner and not a NATO ally."

Moscow claims Ukraine as part of its "sphere of influence" and wants reassurances that Ukraine will not be allowed to join the Western military alliance. That demand has been rejected by the US and NATO, which point to the sovereign right of all nations to choose their own alliances. EU leaders, however, have been more reserved on Ukraine’s prospects of NATO membership. This week, the Ukraine crisis will be subject to intense diplomatic activities with top representatives of the US and Russia meeting in Geneva, followed by the NATO-Russia Council on Wednesday (12 January).