Recently, the world has become more heated. The Sino-US trade war is at a peak, and the parties in the South China Sea began military exercises. For the EU, these days are not calm, similar to China and the United States with their own internal and external troubles – writes Ying Zhang, Erasmus Rotterdam School of Management Associate Dean.

In the EU, the trouble has just been growing more. Italy "revolting his allies"; Britain-EU ”divorce" approaching to the hilarious final; Poland looking for its “new master“; Germany's economy being sluggish, France hardly cleaning up its own mess; Spain's unemployment continuing to climb; and Brussels finding it difficult to be happy.

No surprise, the Dutch government has also officially issued a new policy towards China, named as A New Balance. Reading through the report, I find this report with the sentiment of “epiphany, reluctant, but no clear solution to the problems". In short, my interpretation about this report is as below (with a bit of typical Dutch directiveness) ("we" in below refers to The Netherlands).

1- The rise of China is a fact, however, China is with a completely different ideology, but "oops"... we (the Netherlands) just realized.

2- We have to still rely on doing business with China for our typical geo-economic position and our standard living, but it is difficult for us to offend our "big brother" and the EU.

3- So, for our own sake, security should be prioritized; to some extent, we need to be consistent with our allies.

4- Also, we have to strengthen the alliance of our own Kingdom of the Netherlands; we have to accord with the EU, we have to find a few key green sectors (food, agri…be more circular economy and be more sustainable sectors ) to cooperate with China, because we want to avoid conflicts with others.

5.- We also have to strengthen the relationship between our business and government.

6.- In a word: we are in between, and we are in an uneasy position. Although we are different from China in terms of ideology, we have lots of reluctance to make China as an opponent because the business for us with China is still important.

It is difficult to stand for all parties and deal with the true truth, unless your mission is to benefit the whole population of the world. This report uncovers Dutch perception not only to China, but also to USA, and EU, however without fairly viewing China's development, and other's purposes. Defining New Balance by simply combining perceptions towards China and USA together is actually swinging between the powers. Certainly, it is not careful and conscious. It will just make the NL lose its supposed position and voice, with other's respect, and make the Dutch business more vulnerable and more exhausted. 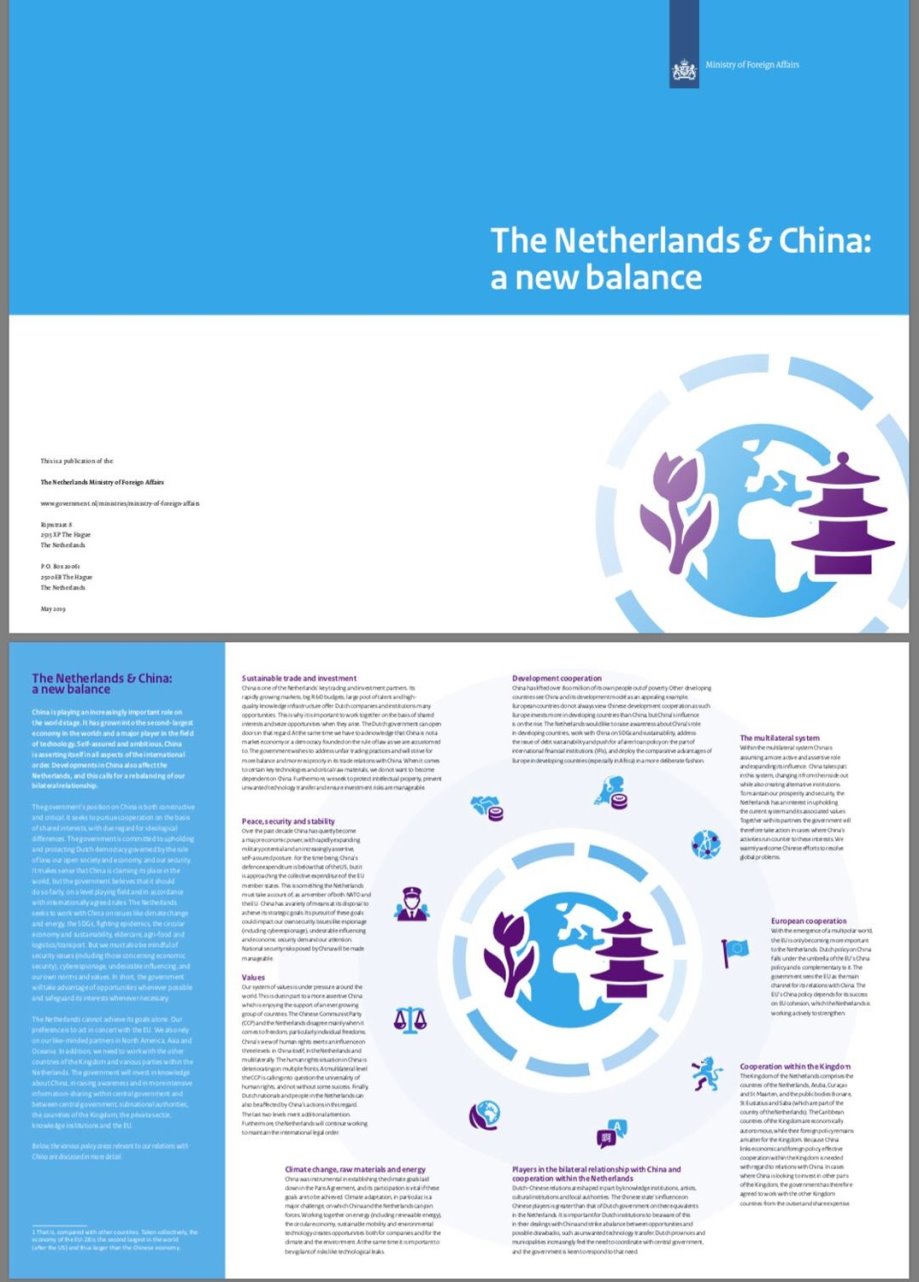 #Brexit - Trying to turn the tide