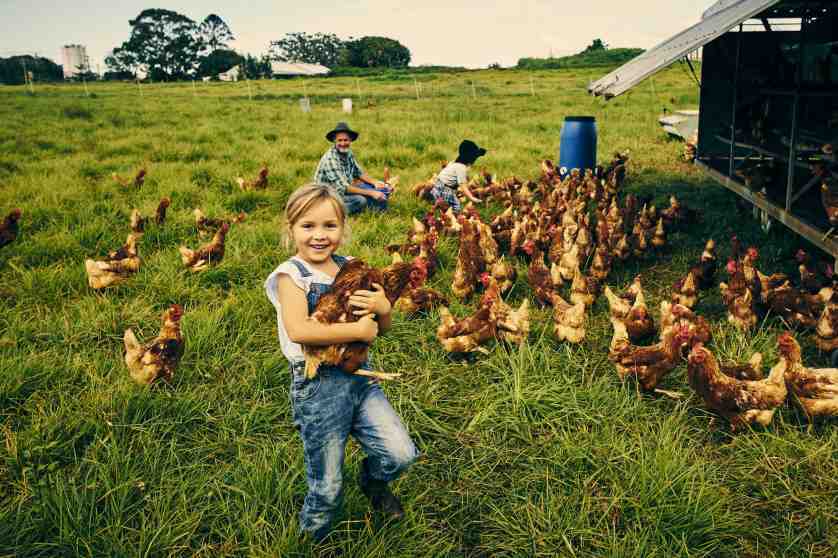 Frans Timmermans at the EESC: 'The European Green Deal will be just, or will just not be' 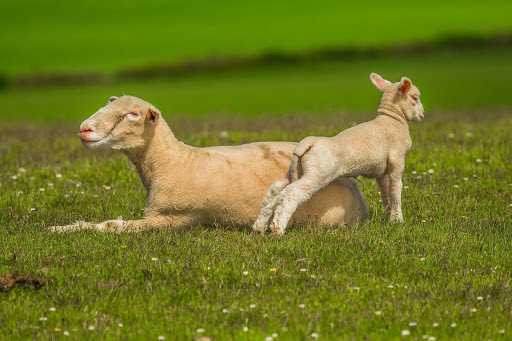 Today (17 December) is a historic day for animals, as the Court of Justice of the European Union (CJEU) clarified that member states are allowed to impose mandatory pre-slaughter stunning. The case raised from the ban adopted by the Flemish government in July 2019 which made stunning compulsory also for the production of meat by means of traditional Jewish and Muslim rites.

The verdict ruled that member states can legitimately introduce mandatory reversible stunning in the framework of Art. 26.2(c) of the Council Regulation 1099/2009 (Slaughter Regulation), with the aim to improve animal welfare during those killing operations carried out in the context of religious rites. It clearly states that the Slaughter Regulation “does not preclude member states from imposing an obligation to stun animals prior to killing which also applies in the case of slaughter prescribed by religious rites”.

This judgment considers the latest development on reversible stunning as a method that successfully balances the apparently competing values of religious freedom and animal welfare, and it concludes that “the measures contained in the (Flemish) decree allow a fair balance to be struck between the importance attached to animal welfare and the freedom of Jewish and Muslim believers to manifest their religion”.

Eurogroup for Animals has followed the Court case closely and in October it released an opinion poll showing that EU citizens do not want to see animals slaughtered while fully conscious.

“It is now clear that our society doesn’t support animals to unduly suffer at the most critical time of their lives. Reversible stunning makes it possible to successfully balance the apparently competing values of religious freedom, and the concern for animal welfare under current EU law. Acceptance of pre-slaughter stunning by religious communities is increasing both in EU and non-EU countries. Now it’s time for the EU to make pre-slaughter stunning always mandatory in the next revision of the Slaughter Regulation,” said Eurogroup for Animals CEO Reineke Hameleers.

Throughout the years, experts have raised concerns about the serious animal welfare implications of killing without pre-cut stunning (FVE, 2002; EFSA, 2004; BVA, 2020), as acknowledged by the Court itself, in another case (C-497/17).

The case will now go back to the Flanders’ constitutional court which will have to confirm and implement the CJEU’s ruling. Furthermore, the imminent revision of the Slaughter Regulation, as announced by the European Commission in the framework of the EU Farm to Fork strategy, gives the chance to further clarify the matter by making pre-slaughter stunning always compulsory and move towards a Europe that cares for animals.

Following the European Court of Justice’s decision this morning to uphold the ban on non-stun slaughter in the Belgian regions of Flanders and Wallonia, Chief Rabbi Pinchas Goldschmidt, president of the Conference of European Rabbis (CER), has issued the following statement:

“This decision goes even further than expected and flies in the face of recent statements from the European Institutions that Jewish life is to be treasured and respected. The Court is entitled to rule that member states may or may not accept derogations from the law, that has always been in the regulation, but to seek to define shechita, our religious practice, is absurd.

“The European Court of Justice’s decision to enforce the ban on non-stun slaughter in the Flanders and Wallonia regions of Belgium will be felt by Jewish communities across the continent. The bans have already had a devastating impact on the Belgian Jewish community, causing supply shortages during the pandemic, and we are all very aware of the precedent this sets which challenges our rights to practise our religion.

“Historically, bans on religious slaughter have always been associated with the far-right and population control, a trend that is clearly documented a can be traced back to bans in Switzerland in the 1800s to prevent Jewish immigration from Russia and the Pogroms, to the bans in Nazi Germany and as recently as 2012, attempts to ban religious slaughter in the Netherlands were publicly promoted as a method of stopping Islam spreading to the country. We now face a situation where, with no consultation of the local Jewish community, a ban has been implemented and the implications on the Jewish community will be long lasting.

“We are told by European leaders that they want Jewish communities to live and be successful in Europe, but they provide no safeguards for our way of life. Europe needs to reflect on the type of continent it wants to be. If values like freedom of religion and true diversity are integral, than the current system of law does not reflect that and needs to be urgently reviewed.

“We will continue to work with representatives of the Belgian Jewish community to offer our support in any way that we can.”

MEPs vote for new Committee of Inquiry on #AnimalTransport

Today (19 June), the EU Parliament overwhelmingly voted in favour of the establishment of a Committee of Inquiry on animal transport. Compassion in World Farming and FOUR PAWS are delighted with the outcome of the vote. At present, EU member states are poorly enforcing the EU law that is meant to protect the millions of farmed animals transported thousands of miles for slaughter, breeding or further fattening every year.

The EU needs to resolve a number of long persistent problems related to the implementation of the EU law on animal transport, including overcrowding, failure to provide the required rest stops, food and water, transport in extreme heat, transport of unfit animals and insufficient bedding.

The decision by the EU Parliament follows a wave of actions by civil society and the EU institutions, raising red flags on the issue. The EU Commission’s recent ‘Farm To Fork’ strategy clearly states that the EU Commission intends to review the legislation on animal transport. In December last year, the Council of the EU highlighted that ‘clear shortcomings and inconsistencies remain’ regarding the challenges of long-distance transport in its conclusions on animal welfare.

World Farming EU Head of Compassion Olga Kikou said: “The Parliament’s vote to put the atrocities of animal transport under the limelight brings hope. Every year millions of farm animals are transported live on long and gruesome journeys, quite often in filthy conditions, cramped, and often trampling on each other. In summer, they are transported in scathingly high temperatures, dehydrated and exhausted. Some of them perish. For many, these are the last torturous hours before they reach the slaughterhouse. EU law should protect animals from such suffering, yet most EU countries do not comply with the legal requirements regarding transport and allow such cruelty to continue. This must stop. The EU must finally reduce the number and overall duration of transports and put an end to animal exports outside EU borders.”

FOUR PAWS European Policy Office Director Pierre Sultana said: “Today's decision is a milestone for animal welfare. Parliament has taken the opportunity to address animal suffering during transport. Systematic violations during animal transport have been criticized for years. The Committee of Inquiry will investigate violations and maladministration of the Animal Transport Regulation by the European Commission and the EU member states. Parliament, as the directly elected representation of the European citizens, thus fulfils its most important task, namely the exercise of democratic oversight and control. This is a clear sign for member states and the European Commission to do more to avoid animal suffering and enforce EU regulation.”

In its response to a petition brought to the European Parliament’s Petitions Committee asking for a moratorium on experiments on animals while their value is being assessed, the Commission has once again said that it is fully committed to the ultimate goal of fully replacing animal tests.

Cruelty Free Europe – a network of animal protection organisations dedicated to bringing animal testing to an end in the European Union – welcomes that commitment but believes that it is now time to put in place a road map to turn words into a plan of action.

Cruelty Free Europe Director of Science Dr Katy Taylor said: “Now more than ever, the EU should show ambition to develop better science and turn to more humane and human relevant research and innovation. 95% of all drugs shown to be safe and effective in tests on animals fail in human trials. The cost of this failure is huge monetarily and for animals and people. If any other system were failing so comprehensively, surely it would long ago have been scrapped and other better solutions secured?”

“Back in 1993 – 27 years ago – in the fifth EU environmental action programme towards sustainability, a target was set to achieve as a priority by 2000 a 50% reduction in the number of vertebrate animals used for experimental purposes. By 1997, this action had been quietly dropped and the number of animal tests in Europe remains high. So we have heard the commitments before. It’s high time for change.”

The Commission’s response also highlights its efforts to encourage the development of non-animal methods to replace animal research. Cruelty Free Europe recognises the ground-breaking work that has been done in Europe through organisations like ECVAM, collaborations like the EPAA and Horizon funding, but says that much more needs to be done.

Dr Taylor continued: “Take the Horizon research programme where our calculations suggest that funding for Horizon 2020 projects claiming primary and secondary benefits for non-animal methods comes to a mere 0.1% of the total €80 billion programme for the period 2014 to 2020. Consider that whilst 48 Horizon projects in some way claim to contribute to non-animal methods, in the region of 300 cite the use of ‘animal models’ as part of their methodology. If Europe is serious about its goal of replacing animal experiments, then it needs to really put its money where its mouth is.”

In November 2019, a petition was submitted to the presidents of the European Commission and the European Parliament calling on the EU to carry out a systematic review of all research areas in which animals are used. In May this year, the European Parliament Committee on Petitions confirmed that the petition had been accepted as admissible and would be formally considered by the committee. Together with our European partners Cruelty Free Europe has been calling on the Commission to commit to a comprehensive plan with targets and timetables to bring an end to animal testing in the EU.