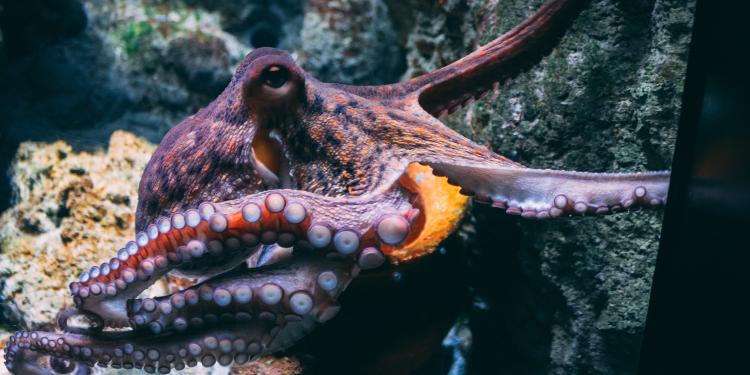 Nueva Pescanova hopes to begin marketing farmed octopus this summer, before selling 3,000 tonnes of octopus a year from 2023 onwards. The commercial farm will be based close to the port of Las Palmas in the Canary Islands. As of yet, the conditions in which the octopus will be held captive – the size of the tanks, the food they will eat and how they will be killed - have not been disclosed by the company.

Experts have been ringing alarm bells about the ethics and sustainability of octopus farms for many years. The London School of Economics concluded in a landmark report last year: “We are convinced that high-welfare octopus farming is impossible.” Compassion in World Farming released a report in 2021 warning that octopus farming is a “recipe for disaster”. In 2019, researchers concluded that “for ethical and environmental reasons, raising octopuses in captivity for food is a bad idea”.

Cephalopods are solitary animals that are highly inquisitive, intelligent, and carry out complex behaviours and interactions with their environment. They are territorial animals and could easily be damaged with no skeletons to protect them. The barren and confined conditions of farming systems therefore create a high risk of poor welfare, including aggression and even cannibalism. Aquatic animals are the least protected of all farmed species and at present, there are no scientifically validated methods for their humane slaughter.

Farming octopuses would also add to the growing pressure on wild fish stocks. Octopuses are carnivores and need to eat two-to-three times their own weight in food over their short lifetime. Currently, around a third of the fish caught worldwide is turned into feed for other animals - and roughly half of that amount goes into aquaculture. So farmed octopus are likely to be fed on fish products from stocks already overfished and at the expense of the food security of coastal communities.