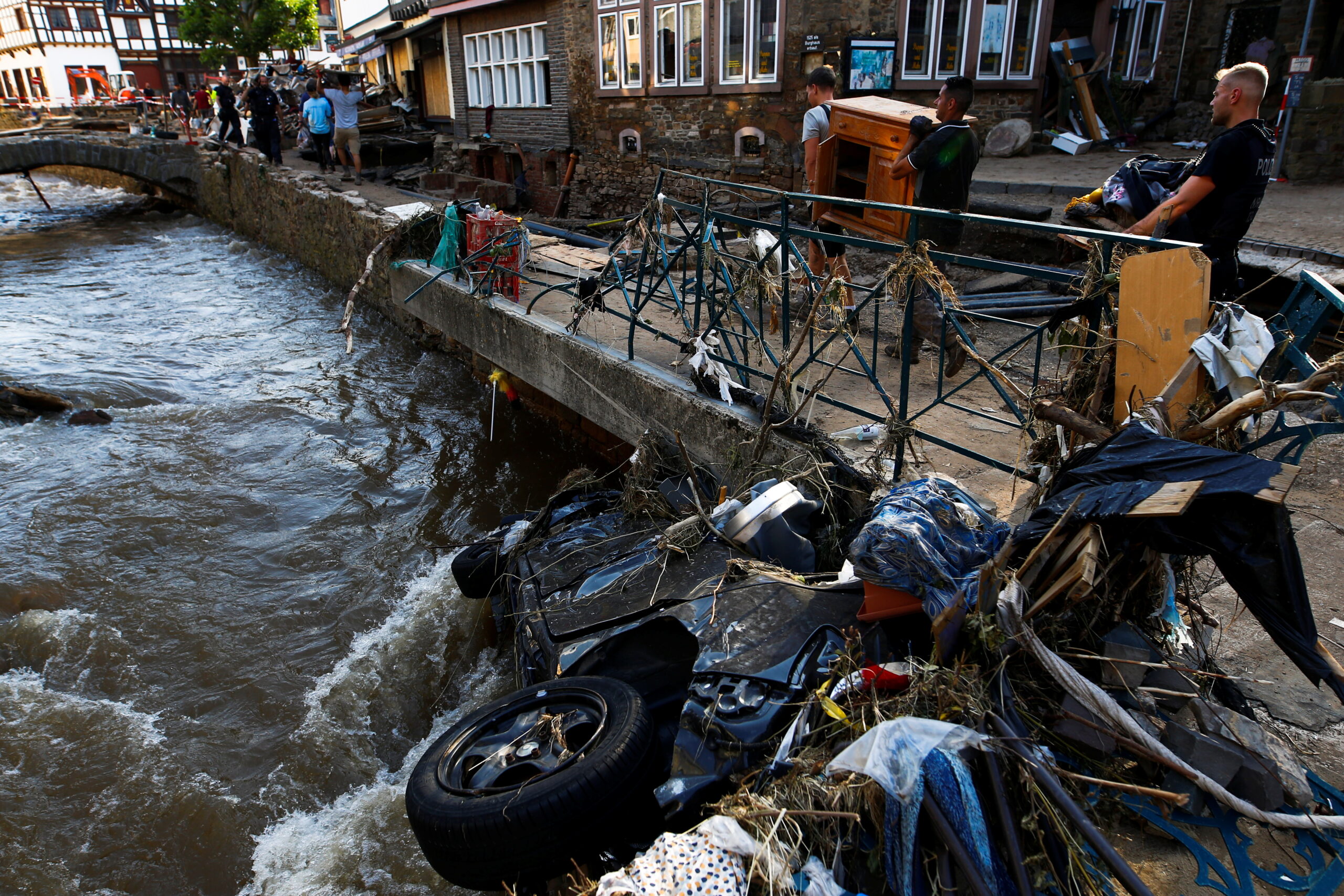 German Chancellor Angela Merkel described the flooding that has devastated parts of Europe as "terrifying" on Sunday after the death toll across the region rose to 188 and a district of Bavaria was battered by the extreme weather, write Ralph Brock and Romana Fuessel in Berchtesgaden, Wolfgang Rattay in Bad Neuenahr-Ahrweiler, Christoph Steitz in Frankfurt, Philip Blenkinsop in Brussels, Stephanie van den Berg in Amsterdam, Francois Murphy in Vienna and Matthias Inverardi in Duesseldorf .

Merkel promised swift financial aid after visiting one of the areas worst affected by the record rainfall and floods that have killed at least 157 in Germany alone in recent days, in the country's worst natural disaster in almost six decades.

She also said governments would have to get better and faster in their efforts to tackle the impact of climate change only days after Europe outlined a package of steps towards "net zero" emissions by the middle of the century.

"It is terrifying," she told residents of the small town of Adenau in the state of Rhineland-Palatinate. "The German language can barely describe the devastation that's taken place."

As efforts continued to track down missing people, the devastation continued on Sunday when a district of Bavaria, southern Germany, was hit by flash floods that killed at least one person.

Roads were turned into rivers, some vehicles were swept away and swathes of land buried under thick mud in Berchtesgadener Land. Hundreds of rescue workers were searching for survivors in the district, which borders Austria.

"We were not prepared for this," said Berchtesgadener Land district administrator Bernhard Kern, adding that the situation had deteriorated "drastically" late on Saturday, leaving little time for emergency services to act.

About 110 people have been killed in the worst-hit Ahrweiler district south of Cologne. More bodies are expected to be found there as the flood waters recede, police say.

The European floods, which began on Wednesday, have mainly hit the German states of Rhineland Palatinate, North Rhine-Westphalia as well as parts of Belgium. Entire communities have been cut off, without power or communications.

In North Rhine-Westphalia at least 46 people have died. The death toll in Belgium climbed to 31 on Sunday.

The scale of the floods mean they could shake up Germany's general election in September next year.

"There is huge damage and that much is clear: those who lost their businesses, their houses, cannot stem the losses alone."

There could also be a 10,000 euro short-term payment for businesses affected by the impact of the floods as well as the COVID-19 pandemic, Economy Minister Peter Altmaier told the paper.

Scientists, who have long said that climate change will lead to heavier downpours, said it would still take several weeks to determine its role in these relentless rainfalls.

In Belgium, which will hold a national day of mourning on Tuesday, 163 people are still missing or unreachable. The crisis centre said water levels were falling and a huge clean-up operation was underway. The military was sent in to the eastern town of Pepinster, where a dozen buildings have collapsed, to search for any further victims.

About 37,0000 households were without electricity and Belgian authorities said the supply of clean drinking water was also a major concern.

Emergency services officials in the Netherlands said the situation had somewhat stabilised in the southern part of Limburg province, where tens of thousands were evacuated in recent days, although the northern part was still on high alert.

"In the north they are tensely monitoring the dykes and whether they will hold," Jos Teeuwen of the regional water authority told a press conference on Sunday.

In southern Limburg, authorities are still concerned about the safety of traffic infrastructure such as roads and bridges battered by the high water.

The Netherlands has so far only reported property damage from the flooding and no dead or missing people.

In Hallein, an Austrian town near Salzburg, powerful flood waters tore through the town centre on Saturday evening as the Kothbach river burst its banks, but no injuries were reported.

Many areas of Salzburg province and neighbouring provinces remain on alert, with rains set to continue on Sunday. Western Tyrol province reported that water levels in some areas were at highs not seen for more than 30 years.

Parts of Switzerland remained on flood alert, though the threat posed by some of the most at-risk bodies of water like Lake Lucerne and Bern's Aare river has eased.

Death toll rises to 170 in Germany and Belgium floods 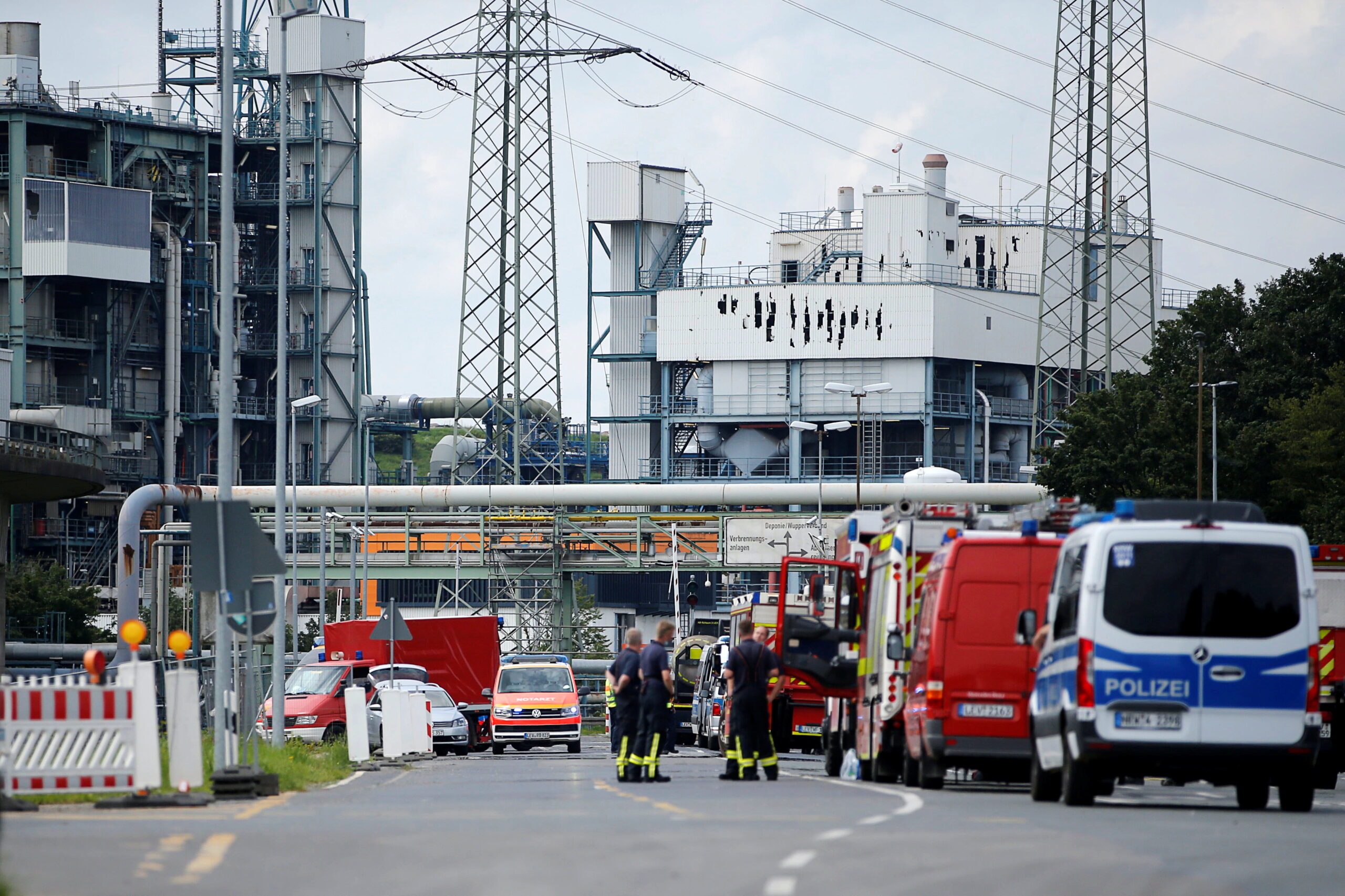 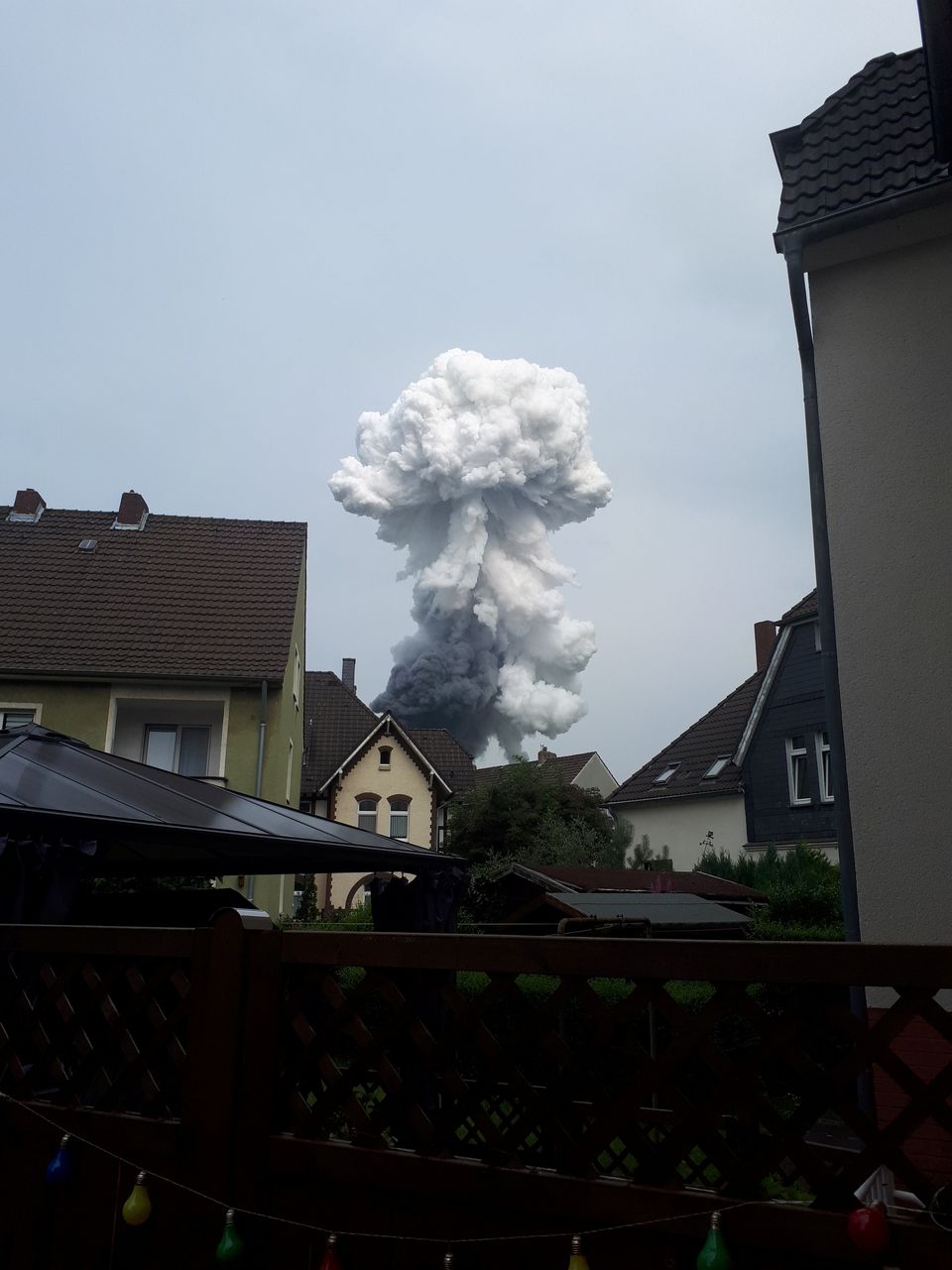