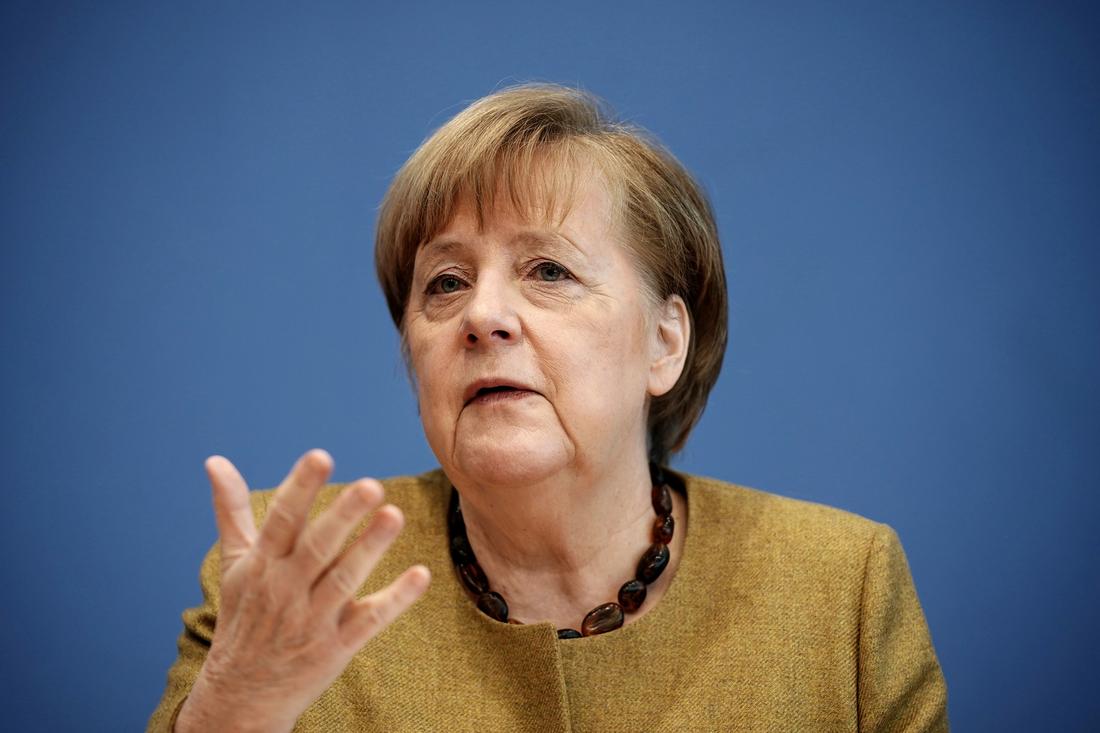 Chancellor Angela Merkel (pictured) on Thursday (21 January) defended a decision to extend a hard lockdown in Germany by two weeks until mid-February, saying it was necessary to slow a new and more aggressive variant of the coronavirus, write Thomas Escritt and Riham Alkousaa.

Speaking at a news conference, Merkel said that while restrictions were showing results in the form of fewer new infections, it would be a mistake to ease curbs given the mutation had been identified in Germany.

“Our efforts face a threat and this threat is clearer now than at the start of the year and this is the mutation of the virus,” said Merkel.

“The findings show that the mutated virus is much more infectious than the one we have had for a year and this is a main reason for the aggressive rise in infections in England and Ireland.”

Merkel said the mutation was still not dominant in Germany and that only a cautious approach could prevent an aggressive rise in daily new infections caused by the new variant first identified in England.

Germany, which has been in lockdown since early November, reported more than 1,000 deaths and more than 20,000 new infections on Thursday. Merkel and state leaders agreed on Tuesday to extend a hard lockdown that keeps schools, restaurants and all non-essential businesses shut until Feb. 14.

“This mutation has been identified in Germany but it is not dominant, at least not yet,” said Merkel. “Still, we need to take the threat posed by this mutation very seriously. We need to slow the spread of this mutation as much as possible.”

She added: “We cannot wait for this threat to hit us, meaning an aggressive increase in infections, that would be too late to prevent a third wave of the pandemic. We can still prevent this. We still have some time.”

Merkel said vaccines can be adapted for new variants of the virus and Germany should be able to vaccinate everyone by the end of the summer.