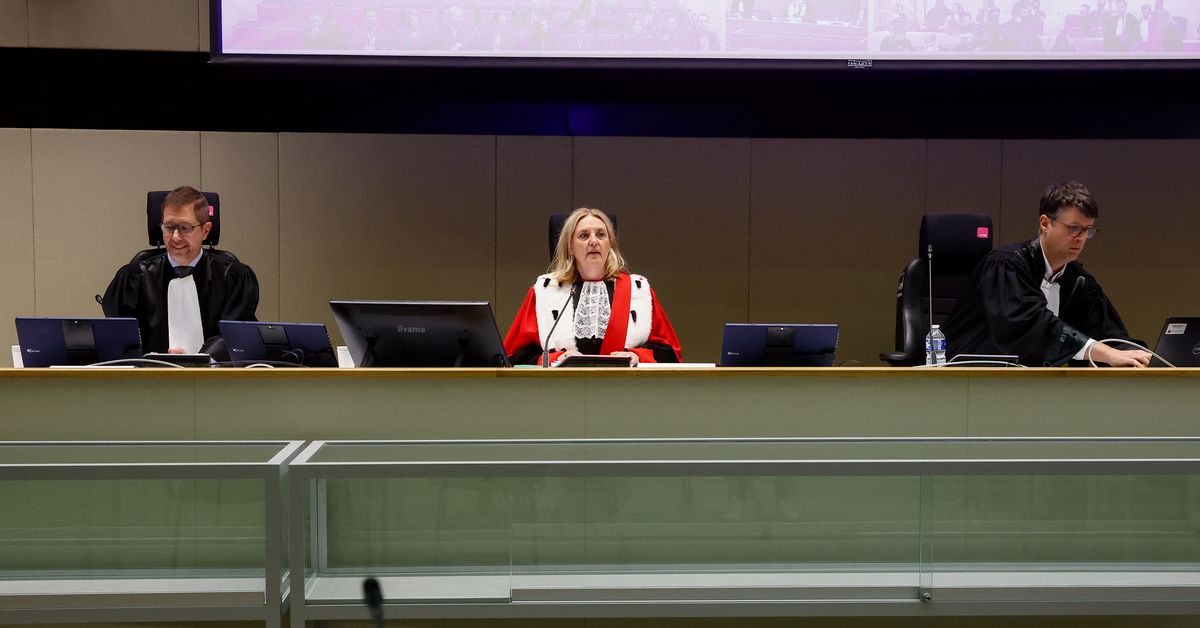 Belgium opened proceedings on Monday (5 December) in its largest ever court case to determine if 10 men were involved in the 2016 Islamist suicide bombings that left 32 dead and more than 300 injured in Brussels.

Laurence Massart, the presiding judge, confirmed on Monday, six years after the attacks. This includes the defendants and attorneys representing approximately 1,000 victims of the attacks by Islamic State.

The jury then heard her address. They were selected from 1,000 Belgian citizens last week and the process lasted 14 hours.

There are clear connections between the Brussels bombings trial and the French trial for the November 2015 Paris attacks. Six of the six Brussels defendants were sentenced to between 10 years and life imprisonment in France in June. However, the Belgian trial will be different because it will be decided by a jury and not judges.

15 people were killed in the twin bombings that struck Brussels Airport on March 22nd 2016 and the third explosion on the metro station on 22 March 2016.

Nine men were charged with multiple murders or attempted murders in terrorist circumstances. All 10 are also facing life sentences for their involvement in terrorist activities.

Mohamed Abrini is one of them. He was allegedly seen at the airport with two suicide bombers but he fled before exploding his suitcase. Osama Krayem (a Swedish national) is also among them.

Salah Abdeslam is the main suspect in Paris's trial. He is also accused of hosting or helping certain attackers, as are others, prosecutors claim. One of the 10 presumed dead in Syria will be tried in absentia.

The defendants are not required to declare their innocence or guilt in accordance with Belgian court procedure.

Prosecutors began reading the 486-page indictment on Tuesday, before hearings of approximately 370 experts and witnesses can start.

The trial at the NATO headquarters in exile is expected to last for seven months. It is estimated that it will cost at least €35,000,000.