The Prawo I Sprawiedliwość (PiS: Law and Justice Party) was widely tipped to win yesterday’s (25 October) national election. If this morning’s (26 October) polls are correct, the extent of last night’s victory exceeded their predicted share of the vote by somewhere between six and ten percentage points.

The other surprise was the complete failure of the United Left, which already exists as a coalition of the Democratic Left Alliance, Your Movement, the Polish Socialist Party, the Union of Labour, the Greens Party and Polish Labour Party, who appear to have been annihilated. PiS has been particularly successful in the east of the country, which is associated with lower wages and higher unemployment, natural territory one might think for a party from the left or even six parties from the left.

A victory for the right?

PiS are affiliated with the right-wing ECR group (Eurpoean Conservative and Reform Group) in the European Parliament and their victory was warmly welcomed by British Conservative MEPs. They are undoubtedly socially conservative, but their economic conservatism is less clear. Their manifesto promises to maintain state control over companies of strategic importance, which sounds a little more Jeremy Corbyn than David Cameron. They also want to raise the tax rate of those earning more than €70,000.

A victory for Euroscepticism?

We are never going to see a 'Plexit' campaign. For a start, Poland is the largest beneficiary of European funding. The country receives around €106 billion from the current EU budget (2014 -2020) to improve its infrasructure, supports investment and the agricultural sector. They may join the UK in signing up to an opt-out of ‘ever-closer union’, but this will be more of a gesture. However, UK/Poland solidarity may be more important when it comes to ensuring the rights of those who wish to stay outside an ever-closer eurozone.

It is highly unlikely that the PiS will be standing shoulder to shoulder with their British friends when it calls for reforms to the EU’s free movement of people in their Brexit referendum negotiations – one of the central planks of the single market and of European integration. Overall, more than two million Poles have migrated to find work in other EU countries; in the UK alone there are around 700,000 Polish migrants, and Germany and Ireland have had the largest migration from Poland after the UK. Poles are also the largest second nationality in Norway, Iceland, Lithuania and Ireland. So, unless the PiS are of a suicidal tendency, they are not going to oppose free movement of people within the EU.

When it comes to joining the euro, PiS is certainly more reserved than its predecessors Civil Platform (PO, Platforma Obywatelska). Donald Tusk, former prime minister and now president of the European Council wanted Poland to join the euro in 2012. The prospective new Prime Minister Beata Szydło (pictured) has already made it clear that she would not allow Poland to join the euro until Polish wages catch up with those of the stronger eurozone countries. The recently elected PiS Polish President Andrzej Duda has also called for Poland to remain outside the zone.

Poland’s economy, while not necessarily flourishing, has done a good deal better than many other EU-28 countries over the past few years. Public debt is below 60% GDP and the EU is predicting growth of around 3% GDP – which when compared to other EU-28 countries is one of the highest rates of growth – and is around twice the rate of growth expected for the eurozone. Poland, while struggling with employment, also has a lower level of unemployment than the eurozone.

The Polish are also anxious to strengthen European defence in the face of a more belligerent Russia. This is easy to understand, given their history and recent events. It is reassuring that although the PiS could be considered to be somewhat illiberal and have much in common with Victor Orbán’s Fidesz party, the two part company when it comes to Vladimir Putin. 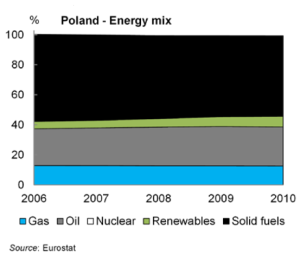 Today (26 October) in Luxembourg, the Environment Council will try to reach agreement on EU emissions reduction target. A commitment to reduce emissions is also the basis of the EU's contribution to the Paris UN climate-change conference, COP21 (30 November - 11 December), which is set to adopt a new global climate-change agreement to keep global warming below 2 degrees. Poland is highly dependent on carbon-heavy solid fuels for its energy supply - PiS has indicated that it would like to change this situation, despite Beata Szydło being a coal-miner’s daughter. With a deal nearly done, this could potentially torpedo a united European position at COP.

Is the Pope a catholic? 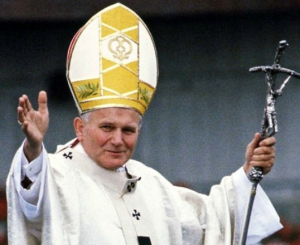 PiS received full-hearted support from Radio Marija, a popular Catholic radio station. Pope John Paul II, one of the longest-serving popes, was venerated as a saint in Poland long before he was canonized in Rome. Traditional Catholic countries in western Europe have slowly liberalized their stances on issues such as divorce, abortion, gay rights and IVF. Poland has already come to blows with the European Court of Human Rights on these issues. Like the UK, Poland has maintained an opt-out from the EU’s Charter of Fundamental Rights. It will be difficult for the EU to "take appropriate action to combat discrimination based on sex, racial or ethnic origin, religion or belief, disability, age or sexual orientation" Article 19, TFEU (Treaty of the Functioning of the EU), without the required unanimity.

There is no love lost between PiS and former prime minister Donald Tusk. He was nominated by Poland to serve as president of the European Council for a two-and-a-half-year mandate - Tusk is the most senior Pole in the EU’s administration and, in the pantheon of the top EU jobs, it’s in the top three.  During the Polish presidential elections, a PiS MEP accused Tusk of violating impartiality rules governing EU employees by supporting Komorowski (PO) during the campaign. Polish President Andrzej Duda did not invite the president to his inauguration this summer - normally, this mandate can be renewed, but this now appears unlikely.

The winning party owes at least some of its success to the complacency of OP and the fear of migration from outside the EU. The party appears to have based its success on opposition and that most Eurosceptic of tendencies, the tendency to turn your back on the world and hope it will go away.

Your views: How European elections should be improved #EP2019