Corruption in Ukraine deters more than 2% of economic growth», stated Jost Ljungman - the permanent representative of the IMF to Ukraine. "This is not just a matter of justice; it is also an important economic issue". In 2017, the EU provided Ukraine with gratuitous assistance in the amount of more than 174 million euros (in 2018, the projected amount of EU assistance is about 208 million euros).

The Union continues to be one of the largest financial donors in Ukraine, ranking first in the number of projects that were implemented in 2017. One of the main directions approved by the European Commission within the framework of the Strategic Document on Assistance to Ukraine for 2018-2020[1] is economic development, business climate improvement and fight against corruption.

The EU provides all possible means for strengthening institutions and good governance, including in the field of ensuring the rule of law. Nevertheless, according to Transparency International, the corruption level in Ukraine in 2017 was highest in Europe, as the country worsened its positions and occupied only 130th position in the Corruption Perception Index[2]. 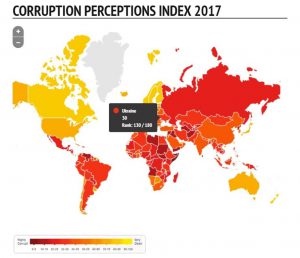 It is well-known that Ukraine is the major source of cigarette smuggling in Europe, but in recent years, smuggled alcohol has become more frequent in European market. Ukraine risks repeating the history of Lithuania as it was officially recognized as the "transit point" for illegal alcohol in the EU. The share of the shadow economy in Lithuania is over 30% - the largest in the European Union, while the availability of excisable goods is one of the lowest in the European Union. Alcoholic beverages in Lithuania are most expensive in the whole European Union in comparison with the incomes of the population[1]. 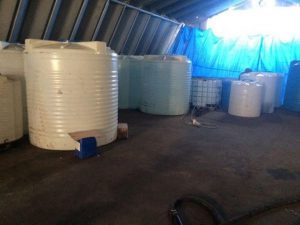 The situation with alcohol market in Ukraine develops exactly the same way. Most countries of the so-called "vodka belt of Europe" – Estonia, Latvia, Lithuania, Poland, Moldova and Belarus – are characterized by high level of alcohol consumption and mortality for this reason and most of them are neighbors of Ukraine. It can be foreseen that the influx of low-quality alcohol from Ukraine to these countries can cause an increase in diseases and surrogate alcohol poisoning.

Alcohol consumption, and with it the burden of alcohol-related disease, is higher in Europe than anywhere in the world. The low-quality alcohol, as a rule, is always several times cheaper than the original, as it is produced without compliance with norms and technologies and uses low-quality spirits, usually technical. About 10 thousand people die annually of poisoning by surrogate [1]. 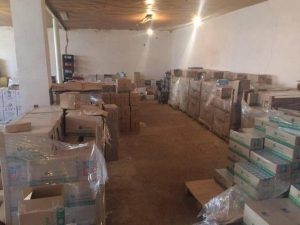 Today Ukraine has absolutely uncontrolled and unregulated alcohol production. Furthermore, Ukraine is the only country where state monopoly on its production still exists. That means, that the alcohol industry is under full control and in the area of ​​responsibility of state bodies. At the same time, the dramatic increase in excises - almost to the level of the EU countries - and, accordingly, in prices, has led to an augment in surrogate alcohol production. According to the International Monetary Fund, the production of illegal alcohol in Ukraine approximates 60% of the whole market, while in other countries this figure reaches on average no more than 25%[2]. 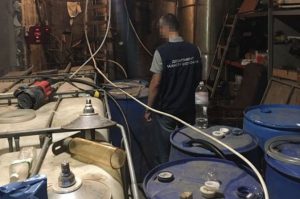 According to the investigations of the Ukrainian anti-corruption human rights organization, at least half of the state distilleries produce illegal spirits, and 10 out of 30 factories are engaged in the production of counterfeit goods. Roman Bochkala, the head of the anti-corruption organization and Ukrainian human rights activist, reports that state authorities in fact do not take any measures to curb the illegal production of alcohol. Most often, law enforcement agencies and officials are protecting and patronizing such enterprises. 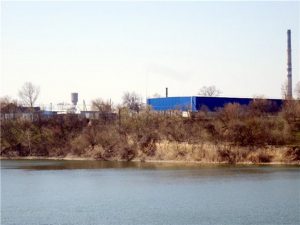 According to the audit of the international company PwC, because of the "black market" the budget of Ukraine doesn’t receive more than 12 billion hryvnias (360 million euros) annually. Basically, European taxpayers compensate Ukrainians losses related to corruption and total inefficiency of state authorities. While EU allocates 208 million euro for fighting corruption, the illegal alcohol market in Ukraine takes away 360 million euro from the country's budget.

These issues are already being actively discussed by European parliamentarians, and will be put on the agenda of the next working meeting with the Ukrainian government. Perhaps it's time to use political leverage on Ukrainian authorities and law enforcement agencies, to encourage anti-corruption reforms in existing monopoly on the alcohol production and the illegal vodka market, which can bring Ukrainian budget nearly 360 million euros for economic development.

#Brexit: UK's Hammond - trade deal with EU will only happen if it is fair