So far, actions to boost the development of a circular economy in Europe have centred on production, getting industries to introduce circular business models and bring circular options to the market. Now conditions are ripe for getting consumers involved, and empowering them to make sustainable purchasing choices in their daily lives, says an EESC report adopted in July.

In the first stage of the circular economy, consumers have been confined to the role of urban agents recycling domestic waste, while the focus has been on business. European Commission initiatives, the EESC points out, have targeted regulation and production, boosting recycling levels and introducing the concept of eco-design.

Now we are beginning to see major changes from large industries. With major groups such as H&M embracing the circular model and Ikea starting to roll out a leasing model for kitchens in over 30 countries, business can be said to have come on board.

"Now it is time for the Circular Economy 2.0 to tackle the consumer end," said EESC rapporteur Carlos Trias Pintó, urging the European Commission to spearhead the shift in its forthcoming initiatives.

This second phase, he stresses, will hinge on consumer information. Studies show that, while consumers are keenly aware of the social and environmental challenges, the price of a product or service frequently carries more weight in their decision than the intrinsic quality of their purchases. Information and education, however, are key factors in steering them towards circular behaviour patterns. Education and lifelong learning must therefore be put in place and consumers provided with the most objective information possible.

The EESC makes the case for voluntary labelling as a step towards mandatory labelling, indicating the product's social and environmental footprint – emission reduction, biodiversity conservation, resource efficiency or avoidance of components with a high environmental impact, estimated lifespan, possibility of obtaining spare parts and options for repair.

However, even though information and education can go a long way towards steering consumers towards green, repairable, long-lasting products, many people will not be able to afford them. As an incentive, the EESC suggests that the member states could adopt a rewards-based approach and local administrations could use public procurement to support sustainable suppliers.

In 2015, the European Commission adopted an ambitious Circular Economy Action Plan establishing concrete measures to "close the loop" of product lifecycles through greater recycling and re-use, and bring benefits for both the environment and the economy.

Three years after its adoption, the Circular Economy Action Plan's 54 actions had been completed.

In March 2019, the European Commission adopted a comprehensive report presenting the main achievements under the Action Plan and sketching out future challenges on the way to a climate-neutral, circular economy. An EESC opinion is being prepared on that report.

Circular Economy Stakeholder Conference: Together for a cleaner and more competitive Europe 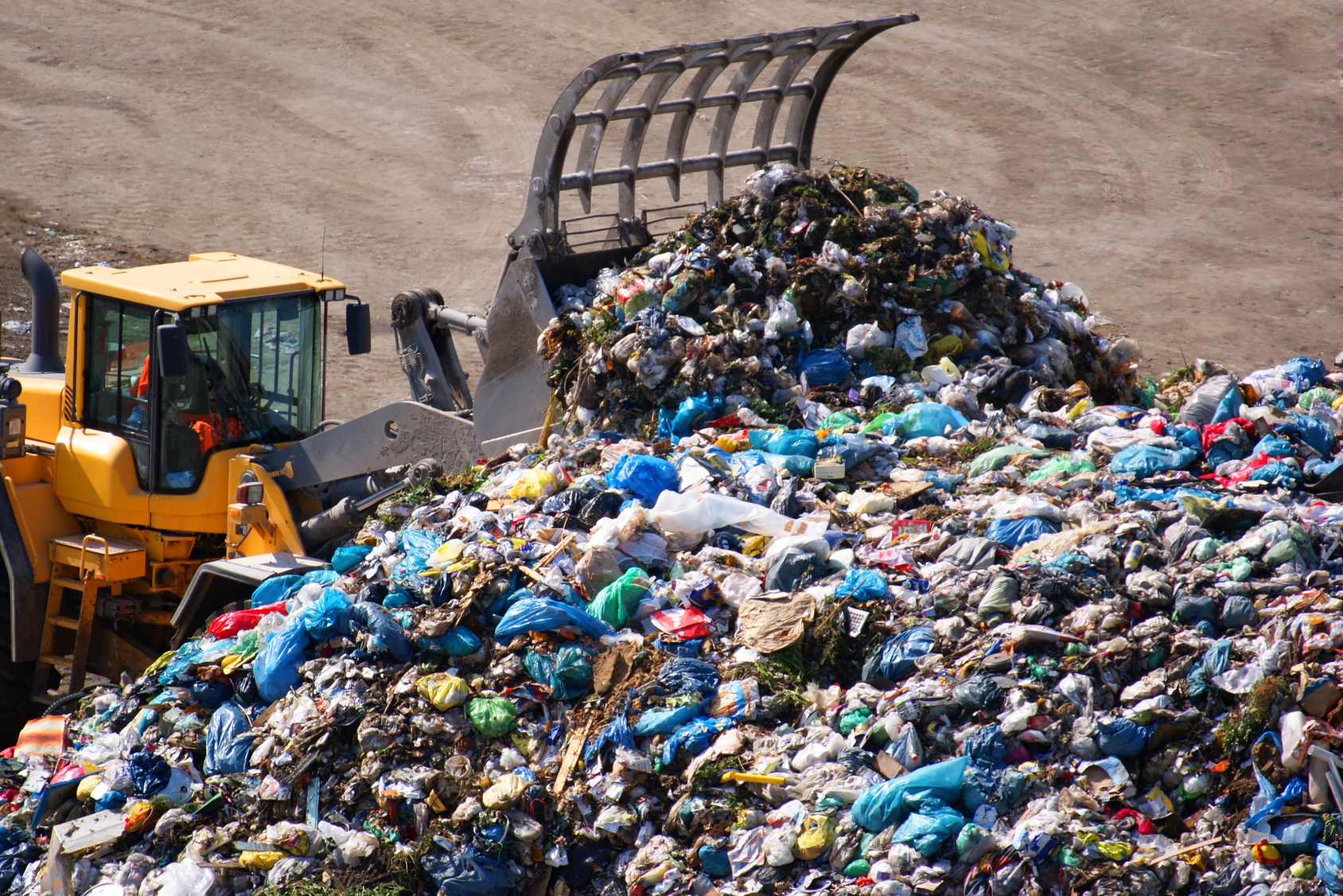 The Circular Economy Stakeholder Conference  - the main annual conference dedicated to circular economy in Europe, gathering decision makers, businesses, public authorities, NGOs, knowledge communities and civil society organizations - is taking place online. A joint initiative of the European Commission and the European Economic and Social Committee, the focus of this year's event will be on the potential of the circular economy for a green recovery and how the numerous initiatives under the recently adopted second Circular Economy Action Plan, can help build a more resilient economy.

Opening the debate, European Green Deal Executive Vice President Frans Timmermans said: “COVID-19 has underlined the urgency of stopping the destruction of our natural environment and exposed the fragility of the current economic model. Circular economy is the model of the future, for Europe and the world. It brings balance back in our relationship with nature and reduces our vulnerability to disruptions in global, complex supply chains. With circular production and consumption we can create a healthy and resilient economy for decades to come.”

Launching the online #EUCircularTalks, Environment, Oceans and Fisheries Commissioner Virginijus Sinkevičius said: “The time has come to accelerate the green transition and bring the circular economy to the mainstream. Half of the greenhouse gas emissions and more than 90% of biodiversity loss and water stress come from resource extraction and processing. To respond to these challenges, we have adopted a new, most ambitious EU Circular Economy Action Plan. Its initiatives will help us build back better and create new business opportunities, to the benefit of EU our citizens and the environment.”

The sessions  will cover a wide range of topics, including the role of consumers and tackling green claims; making sustainable products the norm; constructions and buildings; the importance of research and innovation; the links with our skills agenda – to name just a few. The event also features the European Business Awards for the Environment ceremony – EU scheme celebrating those businesses leading the transition to a sustainable economy. It recognises businesses in the categories of management, product & services; process; developing country co-operation; and business & biodiversity. More information is available here.

#CircularEconomy - 'With a new impetus for sustainable development'

The COVID-19 crisis has created the conditions for circular products and services to become the norm in Europe, says the EESC. In a recent opinion on the new EU Circular Economy Action Plan, the EESC urges lawmakers to ensure the circular economy finds a place and resources in the overall "greenprint" for Europe's recovery.

"The COVID-19 crisis can be a great opportunity to start up again with new impetus for sustainable development," said Antonello Pezzini, rapporteur for the EESC opinion on the new EU Circular Economy Action Plan, adopted at the July plenary session.

The vision of circular products and services becoming the norm, which was behind the plan put forward by the European Commission back in March as COVID-19 was looming, is becoming more tangible as the crisis unfolds. "With the new Action Plan, the circular economy can really become a pillar of the Green New Deal," said the rapporteur.

The Action Plan takes in much of the advice already pioneered by the EESC in its 2016 opinion on the first Circular Economy Package, particularly in areas such as eco-design, reparability, premature obsolescence and secondary raw materials, and as such is very welcome. However, broader measures will also be needed, in the EESC's view.

The soft side of the Circular Economy

A real circular economy culture needs to be nourished, argues the EESC. Taxation should shift from labour to resources and imported products that flout circular economy principles. Wealth should be measured through criteria which go beyond GDP.

The current systems used to calculate GDP (based on either expenditure, production or income) are an expression of the old "take-make-use-dispose" mentality. The EESC suggests using new elements other than economic performance, such as:

Softer aspects such as education will be key to fostering the new mindset and encouraging people to change their daily habits and behaviour, in the EESC's view.

Advertising should also be encouraged to move away from consumerism and present long-lasting, reusable goods as being of value to the consumer and society, urges the EESC.

The future of the European Circular Economy Stakeholder Platform

The European Circular Economy Stakeholder Platform, which was set up jointly by the EESC and the previous European Commission, could support many of the actions outlined in the new Action Plan.

The Platform is an inter-institutional initiative, launched by the EESC and the Commission in 2017. This three-year period has seen three well-attended joint annual conferences, a Coordination Group that has delivered 50 initiatives, and a website that has received over 230 000 visitors, brought together over 350 Good Practices, 33 Strategies and a Knowledge Hub with more than 200 publications. The Platform has an active presence on social media with over 2 400 Twitter followers, and has recently established a presence on LinkedIn.

The Platform, which is intended to encourage the exchange of circular economy knowledge and know-how, should therefore continue under the new Plan and become the go-to resource for circular economy players in Europe, urges the EESC. It has, in fact, just published a Call for Expression of Interest for a Coordination Group for the new mandate starting in Autumn 2020.

"The Circular Economy Platform has been at the forefront of circular economy implementation and policy design across the EU. It has taken on a very strong leadership role in this area" says opinion co-rapporteur Cillian Lohan. "We are confident that it will continue to serve a very useful purpose in the future".

The new Circular Economy Action Plan (CEAP) proposed by the European Commission in March 2020 sets out a series of new initiatives covering the entire cycle of product design and lifespan to enable both individuals and businesses to play a role in the circular economy.

According the World Economic Forum, in 2019, over 92 billion tonnes of materials were extracted and processed, contributing to about half of global CO2 emissions. UNDP says resource extraction and processing accounts for more than 90% of global biodiversity loss.

Businesses and consumers are increasingly recognizing the damage caused by linear economic models, which rely heavily on resource consumption and involve the use of premature obsolescence techniques, encouraging people to constantly buy new products.

The European Economic and Social Committee is an institutional consultative body established by the 1957 Treaty of Rome. It represents the various economic and social components of organized civil society. Its consultative role enables its members, and hence the organisations they represent, to participate in the EU decision-making process.

Commission presents guidelines on waste management in the #Coronavirus crisis

The Commission has published guidelines to support member states in their waste management in these difficult times of coronavirus. The continuity in providing those services also during the coronavirus crisis is crucial for our health, for the environment, and for the economy.

Environment, Oceans and Fisheries Commissioner Virginijus Sinkevičius said: “In this unprecedented crisis, we are working with the member states and waste operators across the EU to address the challenge of ensuring a high level of protection of human health and the environment. Proper waste management is part of the essential services underpinning the well-being of our citizens, delivered by numerous companies dealing with waste and keeping the circular economy going.”

The guidelines can be found here.