If the unprecedented investment levels recorded in 2019 are any indication, legal tech is gearing up for large-scale disruption. Funding for the sector had already comfortably slid past the $1 billion threshold by the end of the third quarter of last year, overtaking the previous year’s total by some margin and notching up a number of success stories along the way.

Although Silicon Valley continues to lead the way in tech innovation overall, European companies are rapidly gaining ground—and are actually ahead in the legal tech industry. The rapid adoption of tech advancements in the legal sector has sparked a high level of uptake that’s currently outpacing American progress. UK-based contract collaboration startup Juro, for example, is continuing to attract VC investment for a platform that is designed to streamline the legal contract-building process. Incorporating features including e-signing and automatic contract tagging, Juro distils each contract into a simple, interactive and easily tracked project that trims time and resources to a minimum.

Like Juro, many of Europe’s legal tech innovations have arisen out of smaller firms’ pressing need to optimize working practices to protect dwindling margins on admin-heavy fixed-fee projects. It’s easy to see the draw: intuitive AI-based systems enable businesses to remain competitive and profitable, at the same time freeing staff for more strategic tasks. Innovation hasn’t been such a key factor in the US, where the billable hour is still normal practice.

However, although Europe as a whole is an early adopter of legal tech, Germany is a surprising laggard – it’s no secret that the country’s major publishing houses, such as Verlag CH Beck, have taken their time to digitize. What’s more, German legislators have also been slow to publish judicial decisions. Current laws restrict the parameters of legal advice provision, a roadblock which has further thwarted progress for legal tech companies in Germany. Reformers would like to see lawyers’ effective quasi-monopoly on legal services ended, to enable clients to benefit from a more competitive market, although lawyers are – naturally – reluctant to relinquish their grip on this profitable sector.

Germany’s relatively slow adoption of legal tech also reflects wider reservations about AI in in the country, with some politicians cautioning against the silent imposition of a surveillance state by tech giants who harvest and monetize data from phones and other smart technology – a development that’s considered at odds with European values. The Organisation for Economic Co-operation and Development (OECD) has expressed concern over Germany’s reluctance to adopt digital technologies, claiming that the country needs to reap ‘the opportunities of digitalisation’ in order to drive productivity growth and improve living standards. As one IT director at a major German law firm noted, “it’s no secret we’re behind the curve”.

As late as 2016, many law firms still did not have computers on their desks, instead relying on massive binders with thousands of pages that need to be viewed manually and recording their thoughts on tape recorders that dedicated staff has to type out. However, things are slowly changing, especially in smaller and medium-sized law firms, which have become more aware and excited about the advantages legal tech has to offer in automizing many processes. In a highly-anticipated judgment last month, the German Federal Court of Justice held that legal tech firm LexFox—which recently raised a seven-figure round of venture capital funding—did not violate the country’s Legal Services Act.

Driving innovation in the legal sector

The ruling has cheered innovators who are hoping that artificial intelligence and machine learning will revolutionise legal research in Germany as they have elsewhere in Europe. For example, French legal search engine Doctrine.fr, which harnesses technological innovation to display results as much as 180 times faster than rival LexisNexis, raised €10 million in a 2018 funding round—a whopping 40% of the total capital raised by France’s legal tech sector that year. Software like Doctrine’s has already seen widespread application in France, but could streamline the operations of German law practitioners – and law-makers alike – to a significant extent.

Across the Channel, Thomson Reuters recently announced its acquisition of London-based legal software provider HighQ to beef up its suite of cloud-based products. Meanwhile, US insights specialist Clarivate Analytics has snapped up Belgian-based IP data provider Darts-ip, so it can expand its analytics offering to the legal sector.

These developments show that legal tech is certain to fundamentally alter the way law will be practiced. Encouragingly, most of Europe is willingly adapting to the opportunities AI and machine learning are presenting the legal sector—and even notoriously conservative Germany is now entering the digital age.

Can women thrive in male-dominated environments? 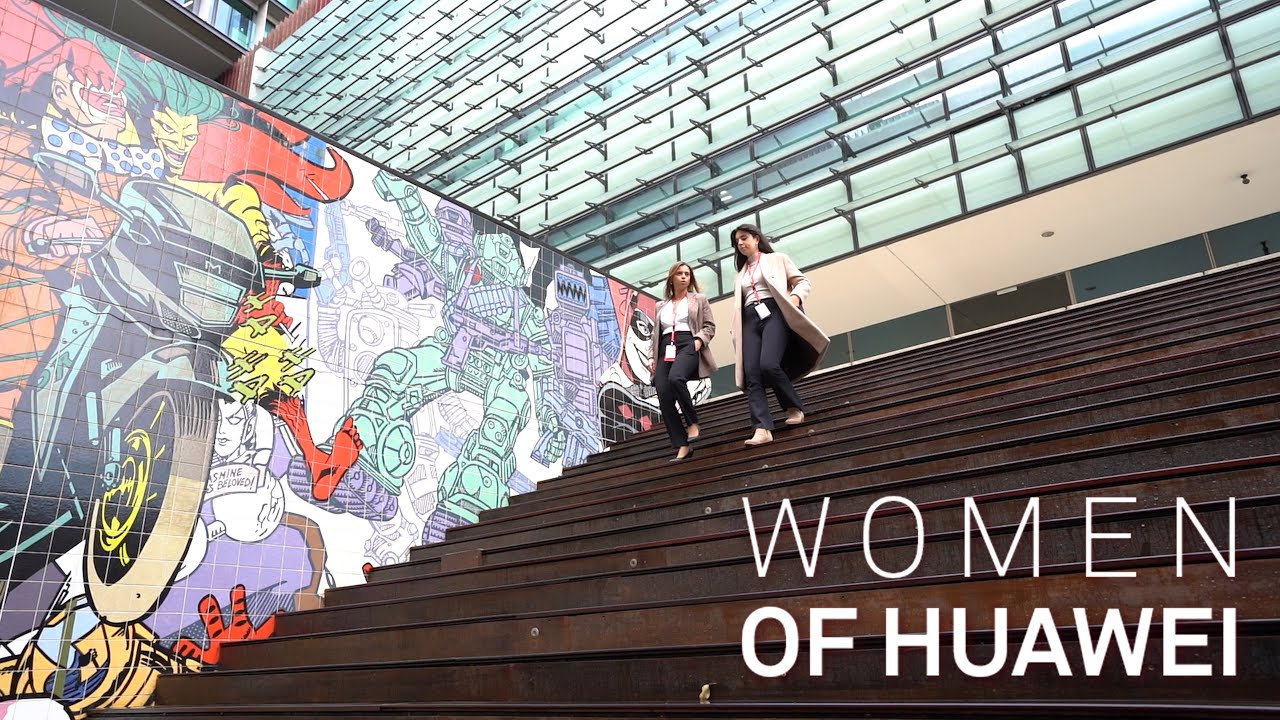 At Huawei, the answer is a resounding yes! 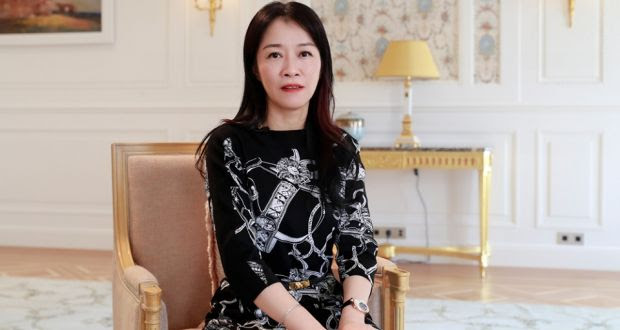 Huawei Board Director and Corporate Senior Vice President Catherine Chen (pictured) spoke to the 2020 Web Summit in Lisbon about her 26 years working in the tech industry and her personal journey to the top of Huawei.

Chen said that we needed more female leaders, exemplifying not only the strength of women but also a unique and innovative power that will drive the digital economy forward.

“Gender equality is not about women and men sharing the same mindsets and behaviour. Rather, it's about equal opportunities and rights, which can only come from a more inclusive, diverse and healthy society,” she told the summit, held online on 3 December.

Women account for almost half of the world's five billion working population, but only around half of them participate in the labour force. “In the Digital Age, we do not only need more women represented in the industry, we also need women leaders,” she pointed out.

Read more of what she said at the 2020 Web Summit in this report of The Irish Times.

Bridging both the gender and the urban-rural gap 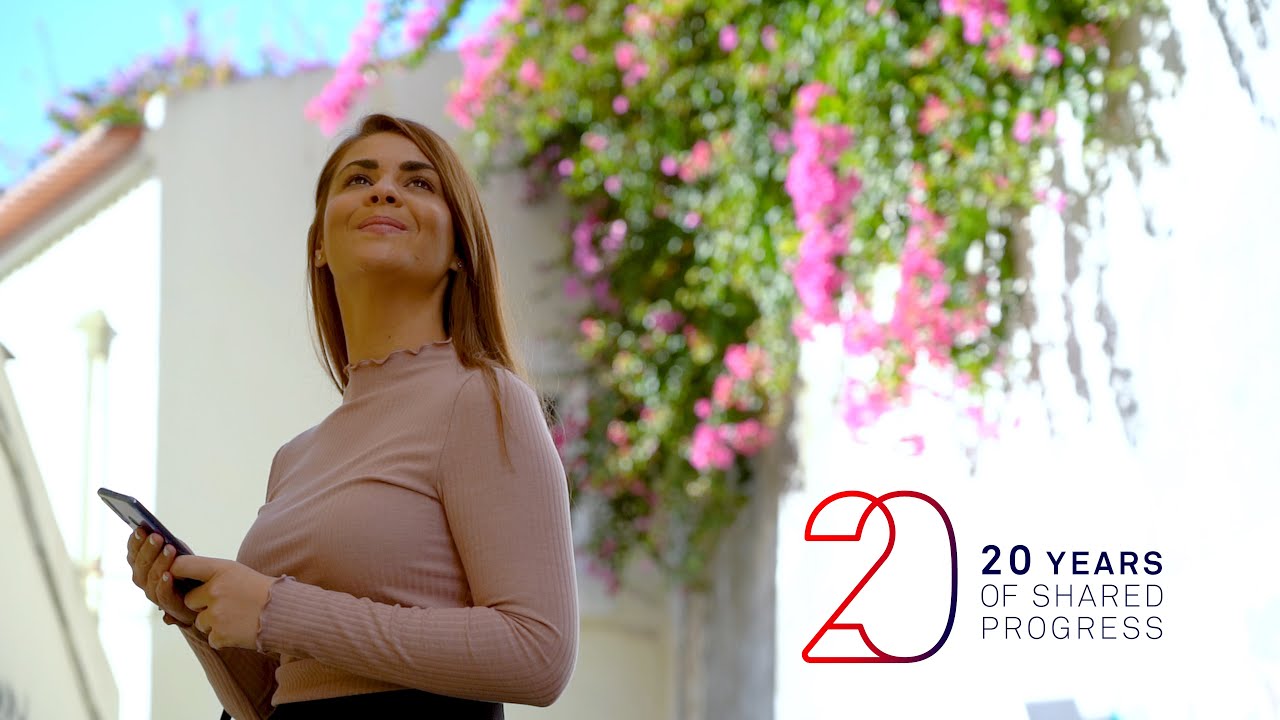 Connectivity is now, in essence, a basic right that can help unlock other basic rights across the EU. After all, Europe’s villages are the heart of our continent. So let 2021 be The Year of European Rural Connectivity, as ensuring network access for all citizens will make the European Union stronger, more united, and more resilient.

Berta Herrero, Huawei’s Senior EU Public Affairs Manager, explains how connectivity can help bridge the double divide: the gap in network access that exists between cities and the countryside, as well as the gap that prevents society from harnessing the full potential of female talent.

For further information on bridging the rural gender gap, catch up with the Women in the Digital Era conference on Rural Connectivity held in Portugal on 11 December 2020, which Berta addressed.

Also check out the report by the European Parliament’s Committee on Women’s Rights and Gender Equality, Closing the digital gender gap: women’s participation in the digital economy.