Fortunately other Members opposed his floor measure, but regardless, Rep. Velázquez was one of those who ended up traveling across the country to be present for the vote in the Capitol while everyone is worried about spreading the disease. Even worse is that the virus appears particularly deadly for older Americans.

This means she was crossing paths with many other Members of Congress, of which 147 are 65 or older according to a recent study. As a Democrat she presumably had some level of interaction with a few of the Democratic Leadership. The average age of Democratic leaders is 72 verses the average age of Republicans in leadership which is just 48. SHe was also in close proximity to Democratic Chairs and Ranking Members, who average 68 years old. This number is nine years higher than the average age of their Republican counterparts at 59.

“We are the captains of the ship. We are the last to leave.”

This is a false dilemma, a fake choice between letting Congress 'captain' the ship by meeting in person to overcome political maneuvering and avoiding members flying into DC and flying back to every area of the country potentially spreading the deadly infection.

A captain going down on a ship by themselves is isolated and helping save others until drowning. The true analogy is setting a bad example by telling others to stay at home and instead not only commuting to work but actually flying to work. Models show the rate of spread can either mean 40,000 deaths by 10 April, or 10 May, or neither, or much later based on decisions like Congresswoman Pelosi’s.

The simple solution is to allow a virtual Congress that can vote and do all this political maneuvering and procedures by video conference or other methods.

After Friday’s (3 April) vote there was bipartisan disdain for Rep. Massie all day with the president tweeting: “Looks like a third-rate Grandstander named @RepThomasMassie, a Congressman from, unfortunately, a truly GREAT State, Kentucky, wants to vote against the new Save Our Workers Bill in Congress.”

During a National Emergency the last thing we needed was Rep. Massie demanding a recorded tally instead of a voice vote. However, if Speaker Pelosi and other leaders would stop their stubborn insistence that Congress do everything in person then challenges could play out with each Member back in their home district and communicating - by phone for now - with their actual constituents.

It can take a crisis to make necessary changes. Let’s hope in this case it results in members of Congress living among their constituents instead of in the swamp that is currently under stay at home directives.

Related Topics:coronavirusfeaturedfull-imageus
Advertisement
Up Next

#Huawei warns of fallout if US cuts off chip supplies 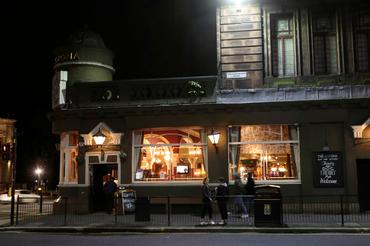 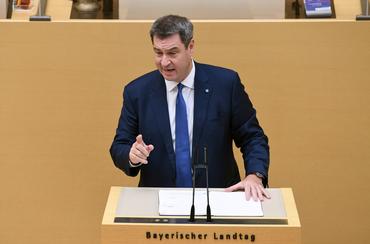