The COVID -19 pandemic has shaken the world economy and disrupted domestic and international agenda of most countries across the globe. Among centers of the pandemic is the Western and South Europe. The new deadly infection has hit badly Italy, Spain, France and the UK bringing already shrunk economies of these countries to a halt, writes Olga Malik.

But while all the efforts and resources of pandemic-hit countries are thrown towards the fight with the novel coronavirus, the political and economic issues of these states remain the same. This is why it is highly important for the EU to revise its diplomatic relations with its neighbors that could be beneficial and could ease the recovery process for the Europe’s weakened economy.

The recent call of EU high representative Josep Borrell (pictured) for better relations with Russia and Turkey in terms of regulating the EU migration crisis seems as timely and essential as ever. With the latest authoritarian decision of Libyan commander Khalifa Haftar to declare himself the only legitimate leader of the country, the new waves of refugee flows to Europe in summer are almost inevitable. Turkey, Russia and Egypt have shown quite a good cooperation by regulating the crisis in Libya and holding back the refugee flows to Europe.

During the meeting with the EU-27 foreign ministers held in Croatia’s capital, Zagreb in March, Borrell said that Russia and Turkey “are unavoidably part of our security and part of our most important concerns”. He also added that Brussels needs to increase engagement in issues that could have a good partnership with Russia e.g. energy, climate change, Arctic cooperation, Russia’s role in Syria and Libya.

Besides, Borrell has also highlighted the inefficiency of the EU’s sanctions imposed on Russia. As an alternative measure to influence Moscow and start a productive dialogue he proposes EU’s engagement of supporting democracy in Ukraine.

Yet, the Borrell’s pitch touches upon much broader issues than the restart of the EU’s diplomatic relations with Russia and Turkey. The European Union officials have also realized the need to revise its policy towards European people in order to start a dialogue. The EU’s concept of the Conference on the future of Europe is a big move towards this. The long-term and multi-level European program is designed to give citizens their voting rights within the EU and an opportunity to discuss the challenges and respond to them. The relevance of such initiative is extremely high, considering the EU’s 10-year experience in implementing the Lisbon Treaty and the new post-Brexit realities.

However, establishing a dialogue between EU Institutes and the society will not make any sense unless there are issues on the agenda that touch interests not only of Brussels, but of European people. For instance, migration crisis in the EU and security of European people are as much important as European values, fundamental rights and freedoms, climate crisis, digital transformation, the role of the EU in the world and the Eastern Partnership project. While the European Commissioners assure their partners that the EU’s Eastern Partnership project is beyond the EU financial crisis or the domestic political crisis caused by Brexit, the priority issue for the European society is integrity and security of the EU.

As the world is starting to get back to the normal life, the post-pandemic reality might bring a much larger security threat caused by high unemployment rate, uncertainty and frustration of the society. To tackle new challenges, the EU, Russia and Turkey and other world’s global players have to get rid of stereotypes and prejudices on inability to collaborate with each other. The global lockdown might result into much more assertive and efficient diplomacy.

#Coronavirus - A timeline of EU action 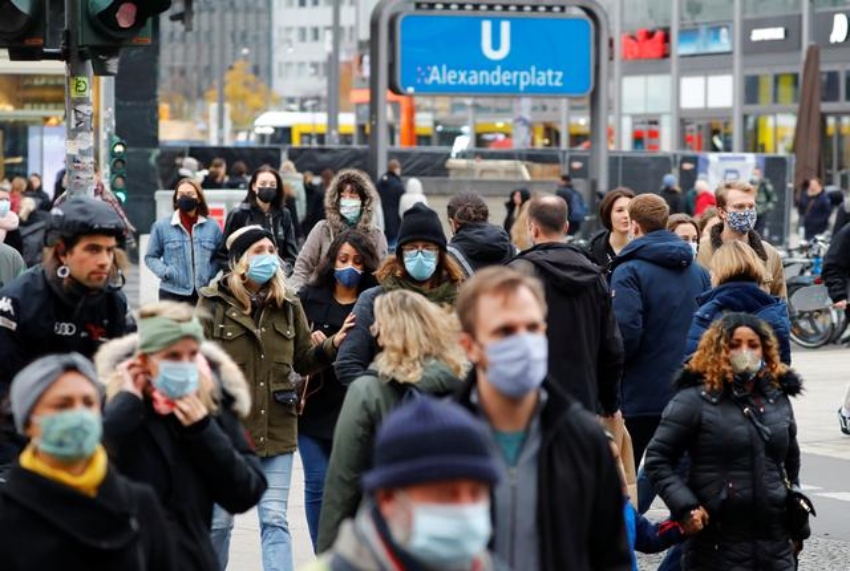 Germany reported a record 410 COVID-19 deaths in the last 24 hours, before the 16 federal state leaders and Chancellor Angela Merkel were due to meet on Wednesday (25 November) to discuss restrictions for the Christmas and New Year holidays, writes Kirsti Knolle.

The number of confirmed coronavirus cases increased by 18,633 to 961,320, data from the Robert Koch Institute (RKI) for infectious diseases showed, 5,015 less than the record increase reported on Friday (20 November). However, the death toll jumped 410 to 14,771, up from 305 a week ago, and just 49 on Nov. 2, the day Germany introduced a partial lockdown. Saxony’s premier Michael Kretschmer warned of a collapse of medical care in the coming weeks. ADVERTISEMENT “The situation in the hospitals is worrying... We cannot guarantee medical care at this high level (of infections),” he told MDR radio.

The federal states are expected to decide on Wednesday to extend the “lockdown light” until 20 December. This will keep bars, restaurants and entertainment venues shut while schools and shops stay open. They also plan to reduce the number of people allowed to meet to five from 1 December, but allow gatherings of up to 10 people over Christmas and New Year to let families and friends celebrate together, a draft proposal showed on Tuesday (24 November).

The state chiefs will also discuss whether to split school classes into smaller units and teach them at varying times, as well as a possible earlier start of Christmas school holidays.

The government plans to extend financial aid for firms hit by the restrictions, which, according to sources, could add up to €20bn ($23.81 billion) in December to an estimated €10-15bn bill in November. Conservative parliamentary group leader Ralph Brinkhaus urged the federal states to take over part of the costs for the coronavirus measures. “It is now time for the states to take on financial responsibility,” he told the RTL/ntv broadcaster. 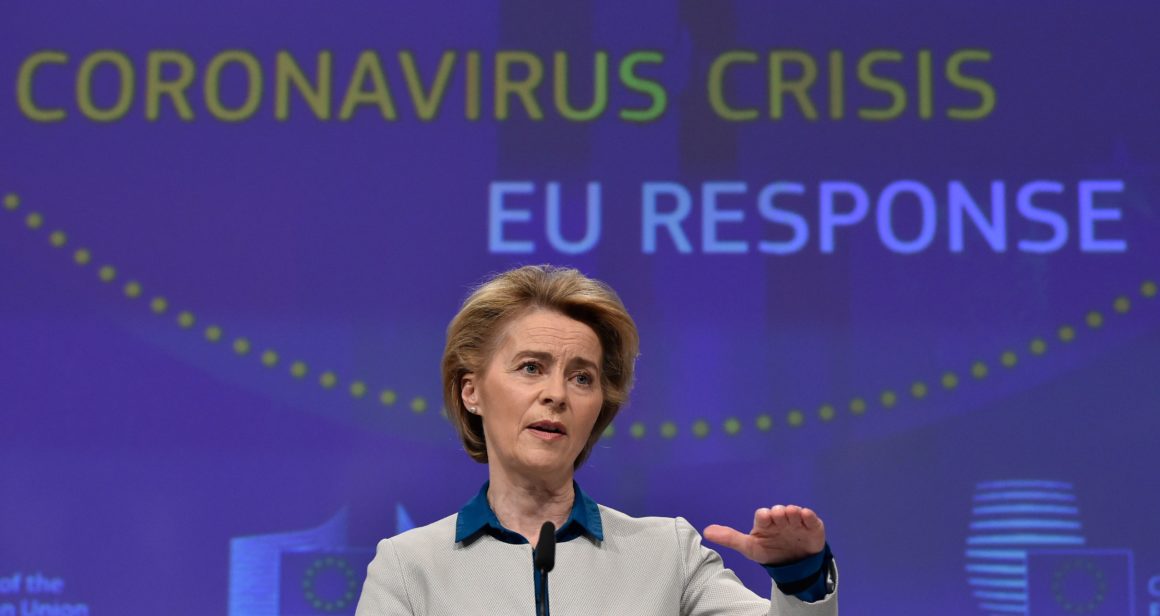 “I know that shop owners, bartenders and waiters in restaurants want an end to restrictions. But we must learn from the summer and not repeat the same mistakes,” von der Leyen said. “Relaxing too fast and too much is a risk for a third wave after Christmas,” she told EU lawmakers. 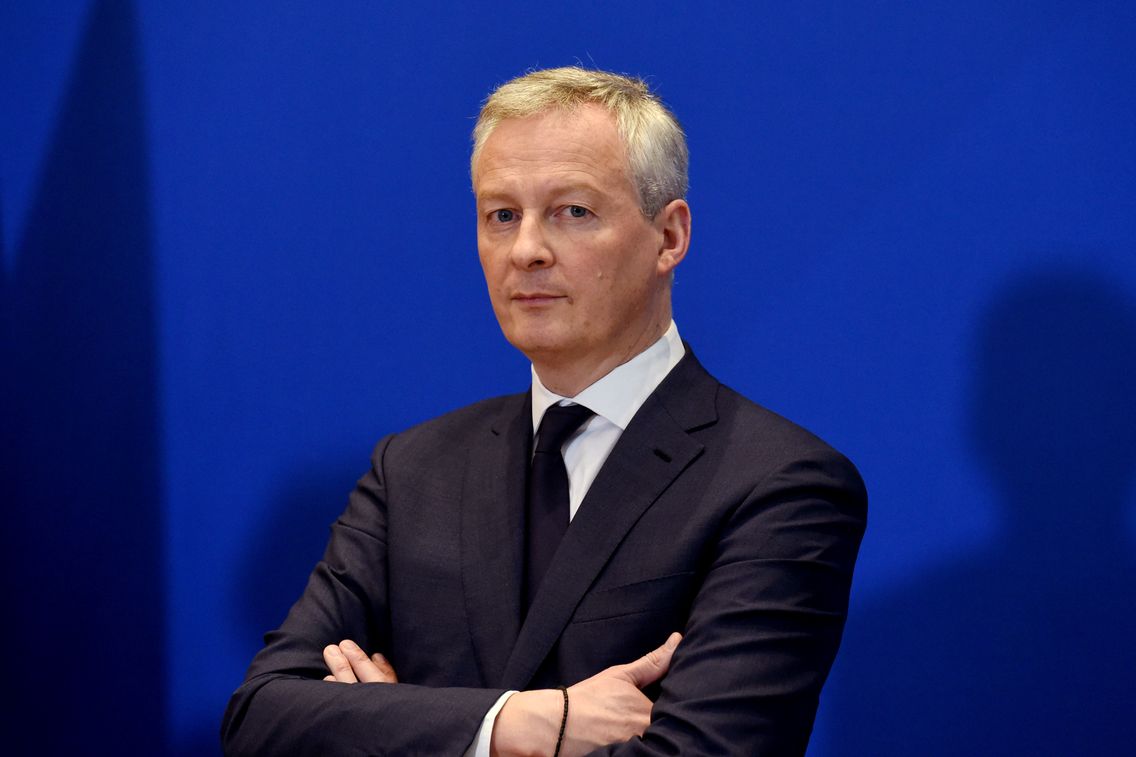 French Finance Minister Bruno Le Maire (pictured) said on Wednesday (25 November) he was in favor of the opening of shops every Sunday until Christmas, writes Benoit Van Overstraeten.

Le Maire also told France Inter radio that France has managed to contain economic damage due to the COVID-19 pandemic.

In a televised address to the nation, President Emmanuel Macron said on Tuesday (24 November) that the country will start easing its COVID-19 lockdown this weekend so that by Christmas, shops, theatres and cinemas will reopen and people will be able to spend the holiday with their families.