The first pillar is public support. Lukashenka, in power since 1994, would actually have won every election he has been involved in regardless of whether they were fair or not. But now his popularity among the people appears to have plummeted as not a single publicly available opinion poll indicates significant support for him.

In fact, in the polls conducted by prominent Belarusian non-state websites, Lukashenka receives only around 3-6% support - which prompted the Belarusian authorities to ban the media from continuing to run polls. But even without precise numbers, it is clear his popularity has crashed because of the country’s worsening economic and social conditions.

At the end of 2010, the average monthly salary in Belarus was $530 – ten years on in April 2020 it has actually dropped to $476. In addition, Lukashenka's recent irresponsible reactions to the COVID-19 pandemic has reinforced people’s overall dissatisfaction.

And support for alternative candidates is clearly growing. In just one week, 9,000 people joined the campaign group of Lukashenka’s main rival Viktar Babaryka(opens in new window) - almost as many as in Lukashenka’s equivalent group. Thousands of Belarusians queued for hours to add their signatures in support of Siarhei Tsikhanouski, a jailed political blogger who has been declared a political prisoner by Belarusian human rights organizations.

The second pillar of the regime is the Kremlin’s economic support which has been reduced since Belarus rejected proposals to deepen integration with Russia. In previous years, Russia’s ‘energy subsidies’ - selling Belarus oil and gas on favourable terms - amounted to as much as 20% of Belarusian GDP. Now Belarus imports significantly less Russian oil and is paying even more for its gas than customers in Western Europe. Significantly, Russia has not yet declared support for Lukashenka in the election, while the president has accused Russia of supporting alternative candidates – albeit so far without presenting evidence.

The third pillar is the loyalty of his own elites. Although still difficult to imagine a splitting of the Belarusian ruling class, it is no secret that many Belarusian officials, such as recently fired former prime minister Siarhei Rumas, hold liberal economic views that seem closer to the vision of Viktar Babaryka than Aliaksandr Lukashenka.

But Lukashenka does have subordinates who remain loyal, not least the security forces. The support of the security apparatus is crucial given that in all likelihood his expected electoral victory will be strongly disputed, and any mass protests are likely to be countered with force.

Certainly the promotion of Raman Halouchanka to prime minister from his previous role as head of the state authority for military industry appears to be a clear of signal of intent that security forces should receive carte-blanche for their actions. Halouchanka is a close associate of Viktar Sheiman who is perceived as the president’s “most loyal soldier” and as one of four people connected to disappearances of opposition figures in 1999-2000.

Although talk of Lukashenka’s departure is premature, the fact that the foundations of his rule are not as solid as they once were does mean greater attention should be given to what the political scene may look like when he has gone, and who the stakeholders of the future system could be.

Several groups are challenging Lukashenka during this election, such as growing numbers of people publicly reflecting the social discontent - Siarhei Tsikhanouski has a YouTube channel with 237,000 subscribers – or those capable of investing large sums of money into election such as Viktar Babaryka, a former head of the Belarusian branch of Russia’s Gazprombank.

There are also those once connected to the regime, but who fell from favour, and therefore have a good understanding of how the state operates, such as Valer Tsapkala. And there is the formal opposition, which has challenged Lukashenka in the four previous presidential elections and enjoys international support.

From the outside, the ruling class may look like a monolith but clear divisions exist, especially between those who want economic reform and those who want to preserve the status quo. The former may appear more competent but the latter constitute the majority. Some elite also believe the regime could relax its more repressive measures, but others consider repression to be the only tool to preserve power.

In terms of foreign policy there is more of a consensus. Everyone wants to decrease dependence on Russia but none of them can be called ‘pro-western’, and the extent to which Russia infiltrated the Belarusian ruling class with its agents is hard to ascertain.

Lukashenka demands loyalty but the recent trial of Andrei Utsiuryn, a former deputy head of the security council, for accepting a bribe from a Russian company does raise questions as to how loyal the elite really is. With the pillars of Lukashenka’s rule looking so shaky, the time has come to start thinking about what Belarus without him is going to look like.

#COVID19 - EU launches strategy to find an effective vaccine, at volume, at a reasonable price

#Huawei delays production of flagship phone after US crackdown 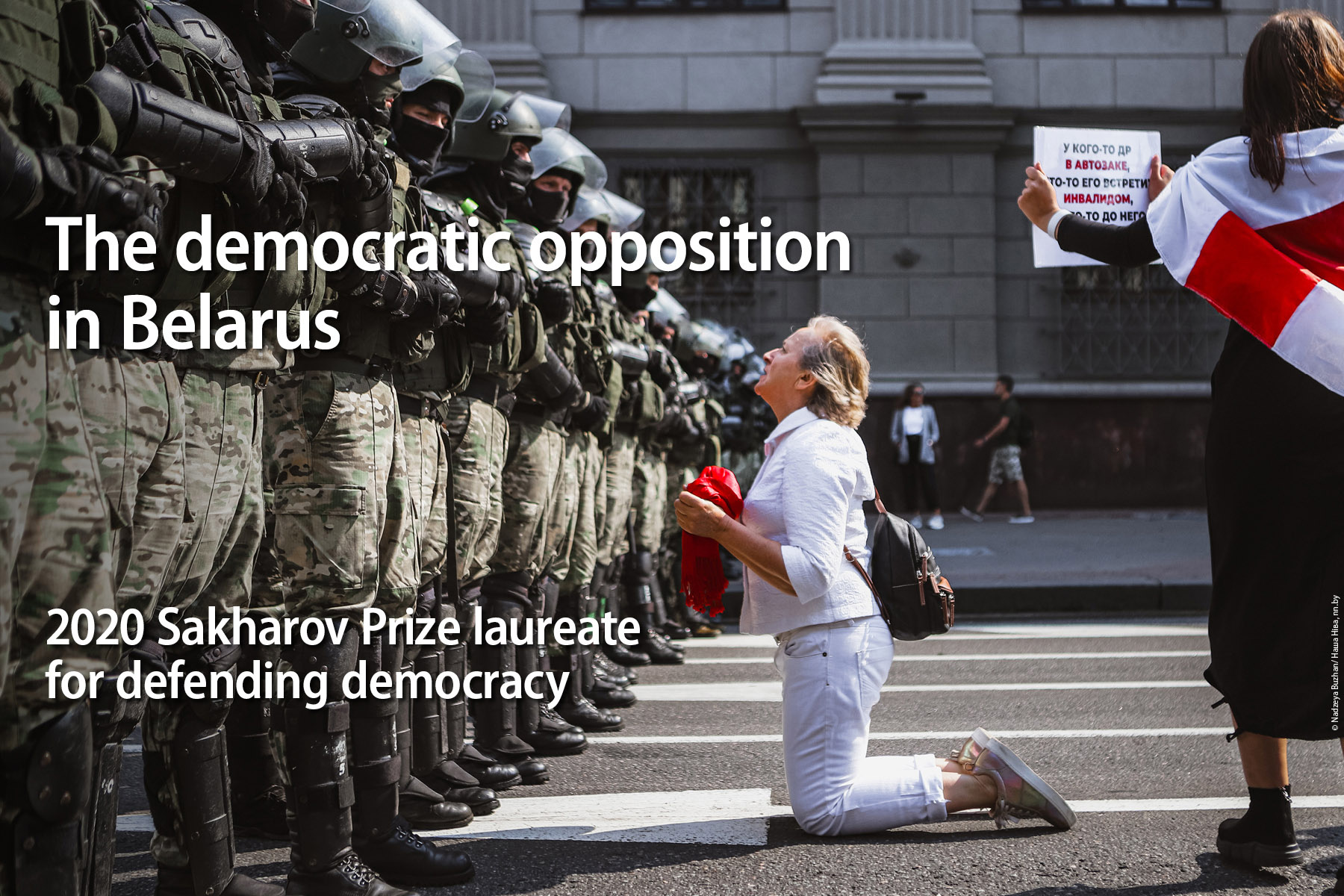 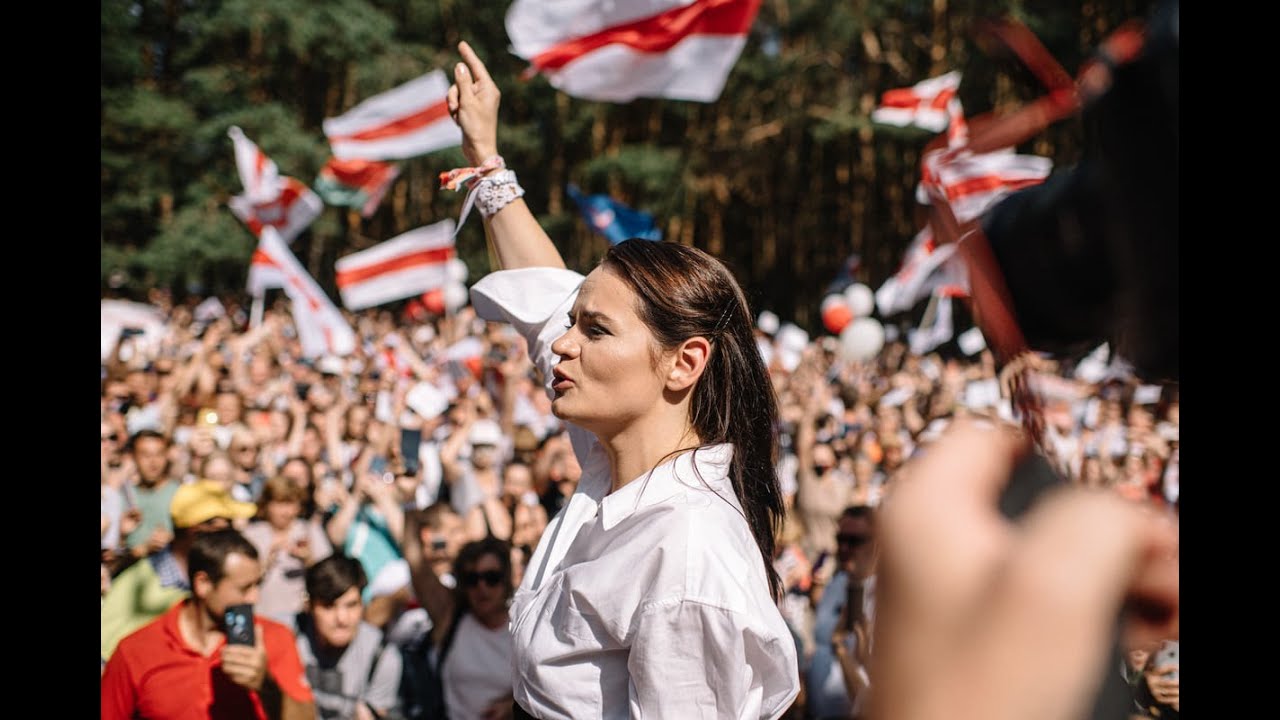 Police in Belarus detained 317 people at protests on Sunday - ministry 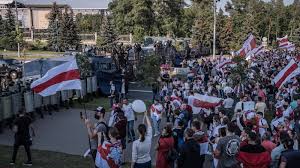 Police in Belarus detained 317 people during protests in Minsk and across the country on Sunday, the Interior Ministry said on Monday (5 October), write Maxim Rodionov and Tom Balmforth.

Tens of thousands of people marched through the centre of Minsk to demand that the authorities free political prisoners, prompting police to turn a water cannon on them.