EU-funded consortium Exscalate4CoV has announced that an already registered generic drug used to treat osteoporosis, Raloxifene, could be an effective treatment for COVID-19 patients with mildly symptomatic infection. The consortium is using an EU-backed supercomputing platform, one of the world's most powerful, to check the potential impact of known molecules against the genomic structure of coronavirus. This is one of many examples of how the EU's research and innovation programme Horizon 2020 is bringing together the best of European researchers, pharmaceutical companies, technologies and research infrastructures to contribute to defeating the virus.

Innovation, Research, Culture, Education and Youth Commissioner Mariya Gabriel said: ”Today, we need science more than ever. Since January we have mobilized all our efforts to support R&I actors in their respective fields to find solutions and stop the virus. This is why we have provided Exscalate4CoV with €3 million to fund their research, and I welcome the promising results they have achieved.”

Internal Market Commissioner Thierry Breton said: “The Exscalate4Cov platform brings innovation to drug discovery in Europe and worldwide. It demonstrates the value of true pan-European cooperation by joining the best capacities Europe has to offer in the fields of biomedical science and high-performance computing. We will continue to mobilise all technologies available, including artificial intelligence, to fight the coronavirus.”

The consortium has already virtually tested 400,000 molecules using its supercomputers. 7,000 molecules were preselected and further tested “in vitro”. Raloxifene emerged as a promising molecule: according to the project, it could be effective in blocking the replication of the virus in cells, and could thus hold up the progression of the disease. Researchers have indicated that its advantages include its high patient tolerability, safety and established toxicological profile. As a next step, the consortium will be discussing with the European Medicines Agency how to advance to clinical trials to evaluate the new potential use for Raloxifene. If successful, the drug could be quickly made available in high volumes and at low cost. More information is available in this press release. A video message by President von der Leyen on the Exscalate4CoV project is available in English, French and German here. 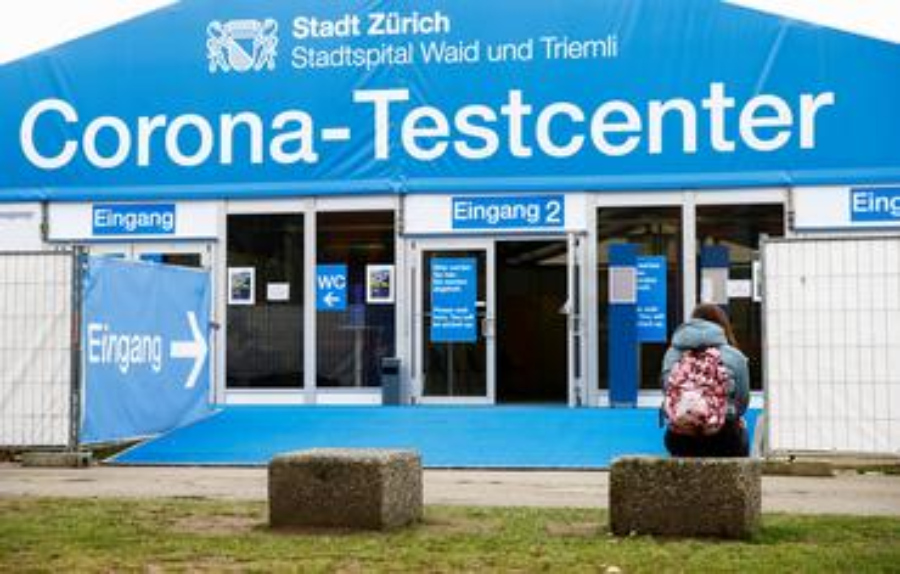 The Health Security Committee (HSC) has agreed to update the common list of COVID-19 rapid antigen tests (RATs), including those whose results are mutually recognised by EU member states for public health measures. Following the update, 83 RATs are now included in the common list, of which the results of 35 tests are being mutually recognised. Commissioner for Health and Food Safety, Stella Kyriakides, said: “Rapid antigen tests play a crucial role to slow down the spread of COVID-19. Diagnostics are a central element for member states in their overall response to the pandemic. Having a wider list of recognised rapid antigen tests will also make it easier for citizens to benefit from Digital Green Certificates and to facilitate safe free movement inside the EU in the coming months.”

In addition, the Commission and the Joint Research Centre have agreed on a new procedure for updating the list of common and mutually recognised RATs in the future. From today onwards, RATs manufacturers will be able to submit data and information for certain tests that meet the criteria agreed by the Council on 21 January 2021. This includes only those rapid tests that are being carried out by a trained health professional or other trained operator and excludes rapid antigen self-tests.  Moreover, as part of the new procedure, the HSC is setting up a technical working group of national experts to review the data submitted by countries and manufacturers and to propose updates to the HSC.

They will also work with the JRC and the ECDC on a common procedure for carrying out independent validation studies to assess the clinical performance of RATs. The updated common list of COVID-19 RATs is available here. Manufacturers can submit data on rapid antigen tests available on the market here. The Council Recommendation on a common framework for the use and validation of RATs and the mutual recognition of COVID-19 test results in the EU can be found here. 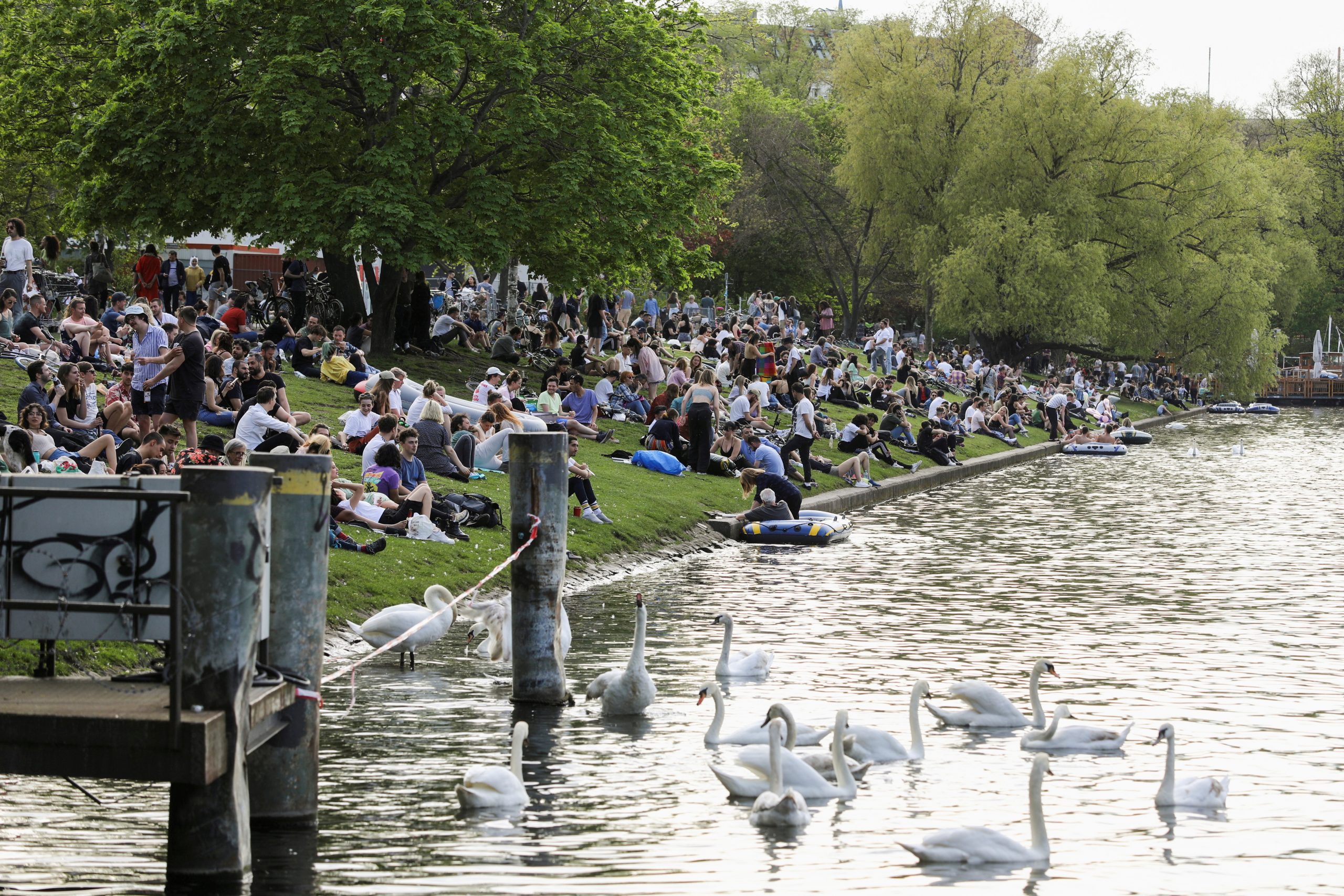 As its vaccination drive reaches a third of adults and COVID-19 infections ease, Europe is starting to reopen cities and beaches, raising hopes that this summer’s holiday season can be saved before it is too late, write Michael Gore and Estelle Shirbon.

Exhilarated Spaniards chanting “freedom” danced in the streets as a COVID-19 curfew ended in most of the country at the weekend, while Greece reopened public beaches - with deckchairs safely spaced.

With 200 million vaccine doses delivered, the European Union is on track to achieve its goal of inoculating 70% of its adult population by summer, Commission President Ursula von der Leyen tweeted on Sunday.

And, in Germany, a first weekend of summer sun lifted spirits after Health Minister Jens Spahn declared the third wave of the pandemic finally broken.

Yet, Spahn warned: "The mood is better than the reality."

The national seven-day incidence of COVID-19 cases remains high at 119 per 100,000 people, he said. "That makes it all the more important to keep up the speed of the vaccination campaign."

Across the EU, the seven-day incidence of COVID-19 is 185, according to Our World in Data. That is far higher than in countries such as Israel with 6, Britain (31), or the United States (123), all of which made quicker early progress in their vaccination drives.

In Britain, early orders and approval of vaccines and a decision to give first doses to as many people as possible have driven down infections and fatalities far more quickly.

Prime Minister Boris Johnson was expected to set out the next phase of lockdown easing in England, giving the green light to “cautious hugging” and allowing pubs to serve customers pints inside after months of strict measures.

"The data reflects what we already knew - we are not going to let this virus beat us," Johnson said ahead of an official announcement later on Monday.

Vaccine deliveries were slower initially in the EU under its centralised procurement strategy.

Now, with shots from BioNTech/Pfizer and Moderna relatively plentiful, vaccinations as a share of the population in Europe are growing while countries that made early advances see slowdowns as they encounter hesitancy among the unvaccinated.

Some 31.6% of adults in 30 European countries have received a first dose and 12% a full two-shot regime, the European Centre for Disease Prevention and Control's COVID-19 Vaccine Tracker showed.

France expects to give 20 million first injections by mid-May, and hit 30 million by mid-June.

With infection rates falling and occupancy in hospital intensive care units declining, France plans to start relaxing its curfew and allow cafes, bars and restaurants to offer outdoor service from 19 May.

Improving supply has given countries greater freedom to adapt their strategies following reports of very rare, but sometimes fatal, blood clotting in people who received shots from AstraZeneca (AZN.L) and Johnson & Johnson (JNJ.N).

Germany has decided to make the two vaccines available to anyone who wants them, as long as they have been advised by a doctor - an offer aimed at younger adults who would have to wait their turn otherwise.

Norway’s vaccine commission made a similar call on Monday (10 May), saying the AstraZeneca and J&J shots should be made available to volunteers. Some Italian regions are also offering both shots to people under 60.

With some governments shortening the gaps between doses, and plans for an EU digital “green pass” scheme in June for travellers to provide proof of vaccination or immunity, people cooped up for months are finally daring to make holiday plans.

"We're pinning our hopes on tourism," said Nikos Venieris, who manages a beach in Alimos, an Athens suburb.

Tourism accounts for about a fifth of Greece’s economy and jobs, and the country can ill afford another lost summer. Greece is lifting restrictions on vaccinated foreigners from 15 May. 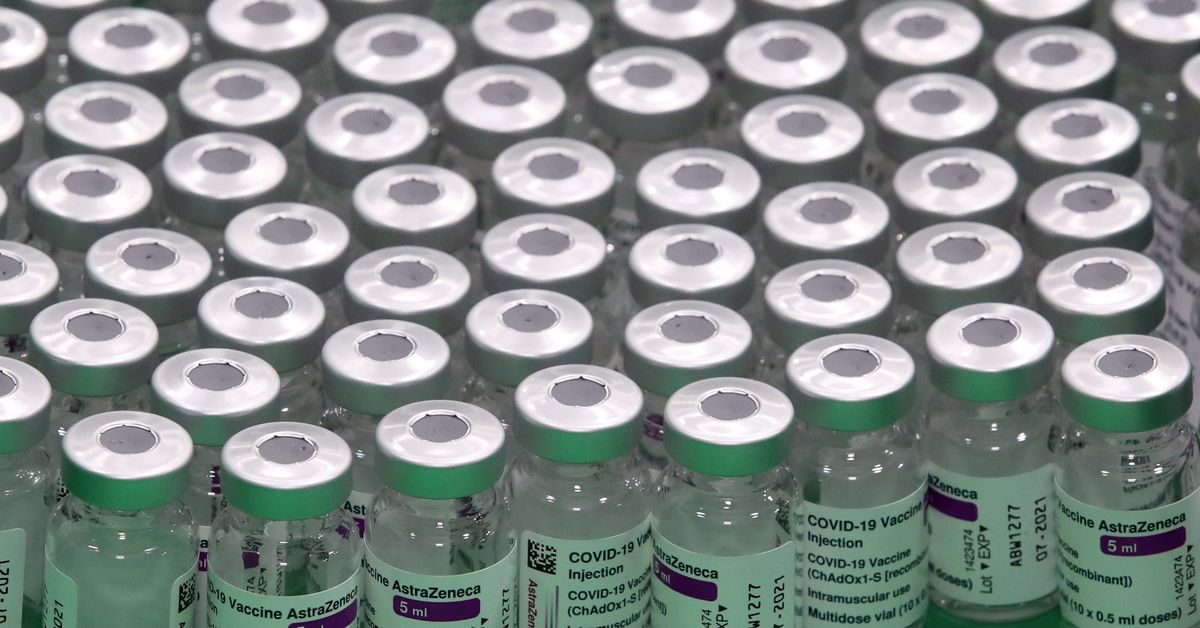 The European Union is willing to see its COVID-19 vaccine contract with AstraZeneca fulfilled three months later than agreed, providing the company delivers 120 million doses by the end of June, a lawyer representing the bloc said on Tuesday (11 May), writes Francesco Guarascio.

The lawyer was speaking in a Belgian court as proceedings in a second legal case brought by the European Commission against AstraZeneca over its delayed delivery of vaccines got underway.

Officials familiar with the case said the lawsuit is mostly procedural - pertaining to the merits of the issue - after a first case was launched in April, and would allow the European Union to seek possible financial penalties.

However, the EU asked in court on Tuesday for a symbolic compensation of 1 euro for what it deems a breach of contract by AstraZeneca.

A lawyer for AstraZeneca complained in court that the EU's executive had launched a second case given that one had already been opened.

AstraZeneca had originally agreed with the EU to deliver 300 million doses of its COVID-19 vaccine by the end of June, but has so far delivered only 50 million.

The EU's lawyer told the court that the bloc could accept the full contract of 300 million to be delivered only by the end of September, but the company should deliver 120 million doses by the end of June.

AstraZeneca's lawyer told the judge that it "hopes" to deliver 100 million by the end of June.