Barnier presented his conclusions from the most recent round of negotiations. He said that he was disappointed and concerned by the lack of progress, even saying that: “At times it felt as if they were going backwards, more than forwards.”

Barnier stressed, that to be ready for the end of the transition period, a deal needed to be reached by the end of October, to leave sufficient time for legal experts to verify and validate text in all 23 official languages, it would also require the agreement of the EU’s 27 member states and the European Parliament. He said that any delay beyond October would risk a successful outcome, making a ‘no deal’ end to transition more likely.

He was disappointed as “the British Prime Minister Boris Johnson told us in June that he wished to speed up the negotiating process during the summer but this week, once again, as in the July round, the British negotiators have not shown any real willingness to move forward on issues of fundamental importance for the European Union and this despite the flexibility which we have shown over recent months, in terms of taking on board and working with the three red lines for which Boris Johnson himself set out in June.” Barnier said that he simply did not understand why the UK was "wasting precious time".

The EU has repeated that any trade agreement will require fair standards and a level playing field. It will also require a long-term perspective on fisheries, as opposed to the UK’s proposal for annual agreements - an area in which he said: “We made no progress whatsoever.” Finally, the EU will not allow cherry-picking of the internal market. Barnier threw back the phrase ‘Brexit means Brexit’, he seemed to think that British negotiators hadn’t fully understood that Brexit would have consequences and that they were becoming very real as the UK approaches the end of the transition period.

Barnier gave the example of road freight transport, which has received much coverage in the British press over the last week:  “For years after the Brexit referendum vote, what is happening is the clear and direct consequence of the Brexit vote. Nobody should be surprised at that. Road transport is a key sector for our economies. It represents millions of jobs in Europe. And it is a sector which also has a direct impact on the costs paid by consumers, it has a direct impact on pollution and climate and indeed on road safety as well.

“British negotiators do not want certain standards to apply to British carriers when they are present on the territory of the European Union, that was repeated again this week. This applies to working hours, to installing modern tachiographs in lorry cabins in order to verify working hours and rest times for workers. They have refused to agree to these guarantees on the one hand, but on the other hand, they are asking for a level of access to the internal market comparable to that of a member state while these states accept these standards and constraints.

“Why should we grant the same access to British operators, to British carriers, as to EU carriers if they are not bound by the same standards in terms of environmental protection, consumer protection in the same way?”

Barnier welcomed the legal text put forward by the UK but said that it would only be possible to have a consolidated text by working together. He said that a document that didn’t reflect the EU’s concerns was a “non-starter”.

The European Commission is also monitoring progress on the withdrawal agreement adopted by the British parliament at the beginning of the year. It has recommenced its tour of the capitals, via virtual means, to accompany national administrations in preparing for Brexit.

UK Chief Negotiator David Frost said: “Agreement is still possible, and it is still our goal, but it is clear that it will not be easy to achieve. Substantive work continues to be necessary across a range of different areas of potential UK-EU future co-operation if we are to deliver it.” In contrast to Barnier’s view, “that the negotiations were going backwards more than forwards”, Frost only referred to making little progress. However, failure to make headway against a hard deadline places ever more pressure on an eleventh-hour agreement which would work against the weaker party in the negotiations. While the EU also wants an agreement, the UK needs this more.

The UK is still insisting on its approach, which will give the UK full sovereign control over its own laws, but trade agreements - especially comprehensive ones - usually require co-operation or even relinquishing of certain rights. In its discussions with the US and other potential trade agreements, the UK must already have discovered that this is commonplace and unsurprising. The demands of the EU merely reflect the fact that free trade within its borders is based on tight regulatory co-operation between sovereign states, it is not going to throw these rules away for a third country.

Related Topics:David Frostfeaturedfull-imageMichel Barnier
Up Next 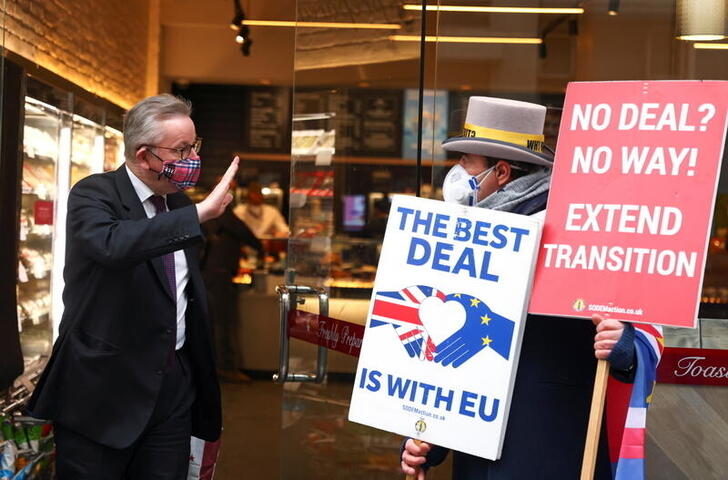 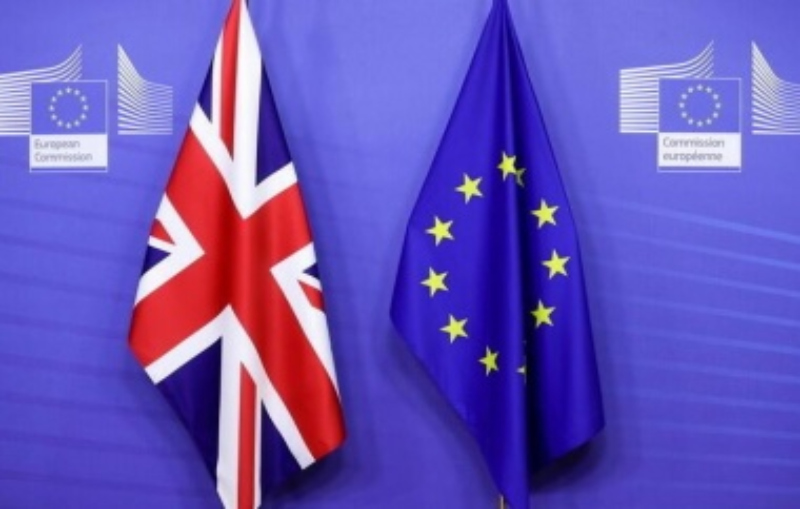 Britain has asked for more time to respond to legal action taken by the European Union over its unilateral decision to ease requirements of the Northern Ireland Protocol, Ireland’s RTE television reported on Wednesday (14 April), writes Conor Humphries.