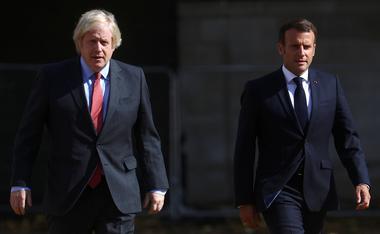 Britain will explore every avenue for a trade deal with the European Union but progress to bridge significant gaps needs to be made in the coming days, British Prime Minister Boris Johnson told French President Emmanuel Macron on Saturday (10 October), writes Alistair Smout.

Johnson has set a deadline of the 15 October EU summit for agreement on a deal, and the EU is seeking a few more concessions before entering the final phase of negotiations.

“(Johnson) confirmed the UK’s commitment to exploring every avenue to reach an agreement,” Johnson’s Downing Street office said in a read-out of the call.

“The Prime Minister emphasised that progress must be made in the coming days to bridge the significant gaps, notably in the areas of fisheries and the level playing field, through the process of intensive talks between Chief Negotiators.”

The two chief negotiators, the EU’s Michel Barnier and Britain’s David Frost, say they are inching towards a deal ahead of the 15 October deadline, though they have underscored that important gaps remain.

Johnson told Macron that Britain wanted a deal, but not at any price.

“He underlined that a deal was better for both sides, but also that the UK was prepared to end the transition period on Australia-style terms if an agreement could not be found,” Johnson’s office said. 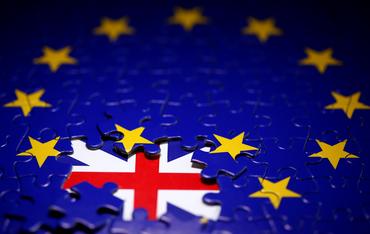 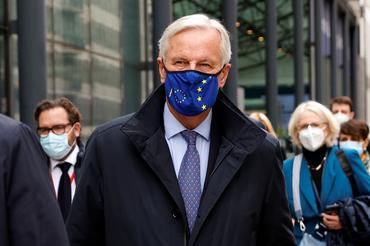 EU chief negotiator Michel Barnier is planning to extend his visit to London until Wednesday (28 October) amid cautious optimism over the progress of post-Brexit trade talks with Britain, the Sunday Telegraph reported, writes Stephen Addison.

The European Union negotiating team had been due to return to Brussels on Sunday (25 October).

The paper said the British team would travel to Brussels on Thursday (29 October) for more talks and that next Saturday had effectively become the deadline to decide whether the two sides could reach a deal.

Britain and the EU have made good progress in talks on a last-minute trade deal that would stave off a tumultuous finale to the five-year-old Brexit crisis, but fishing remains the biggest sticking point.

Hopes for an agreement rose last week when Reuters reported that France is preparing its fishing industry for a smaller catch after Brexit. 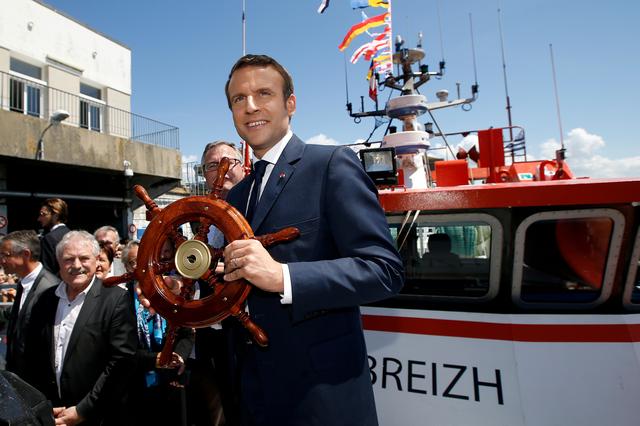 France is preparing its fishing industry for a smaller catch after Brexit, industry members said, in a sign that President Emmanuel Macron is laying the ground for a delicate compromise to help the European Union strike a trade deal with Britain, write Michel Rose and Gabriela Baczynska.

The EU and Britain are trying to hammer out an agreement over the next three weeks to avoid damaging $900 billion in annual trade when Britain leaves the bloc’s single market on 1 January 2021. Fisheries is among the biggest obstacles.

Macron has publicly taken a hard line on fisheries, saying France would not accept any Brexit pact that “sacrifices our fishermen”. He rejected London’s demand for annual negotiations on fish quotas in British waters, saying it damages EU industry.

In a first sign of a tentative softening of Paris’ stance, however, Macron said after last week’s summit of EU national leaders dedicated to Brexit that the French industry will no longer be in the same situation as today after year-end.

A fourth of France’s catch in the northeastern Atlantic was in British waters, according to a French parliamentary report.

As the EU summit was convening in Brussels last week, Macron’s Europe minister posted pictures from a visit to the French coastal town of Port-en-Bessin.

“One single objective: to defend and protect the interests of fishermen,” Clement Beaune said on Twitter. “We’re fighting...for French fishing.”

But - in previously unreported exchanges - Jerome Vicquelin, a member of local fishing lobby groups who attended the meeting, said the minister’s message was starker when asked off-camera if France would yield.

“I was rather blunt and said: ‘It’s all well and good you came, but I’m worried because... just a 10-15% cut in turnover... would be a disaster over the long term,” Vicquelin said he told the Paris envoys in the wheelhouse of fishing boat aptly called L’Europe.

“They were blunt too. They said it won’t be the same as before. For me it’s clear, they just want to try to limit damages as much as possible,” Vicquelin told Reuters.

Asked to comment on Vicquelin’s account of the meeting, Beaune told Reuters he had told the industry representatives to no longer expect to maintain “the status quo”.

The exchange illustrates France’s twin strategy in the Brexit negotiation - talking tough in public while quietly preparing to fish less in British waters from 2021.

In another example of Paris eyeing a possible compromise, a fisheries source told Reuters separately the French government has already asked the industry what concessions would be acceptable to them.

Many French and other EU vessels now fish in the rich British waters that would be beyond reach if there is no deal. Any agreement would need to fix catch quotas for over a 100 species.

In an early indication of movement on fisheries from London, Britain last month offered a transition period from 2021 to increase its catch gradually rather than overnight.

But the sides remain seas apart on what exactly Britain’s share would be in the end.

Britain says it would become an “independent coastal state” controlling its waters and who fishes there once its transition out of the EU is complete.

EU fishing states including Germany and Ireland support France. But it is Macron, facing presidential elections in 2022, who leads the hardline rhetoric and will be instrumental in striking a fisheries pact.

He has to weigh up the risk of angering a small but thriving and vocal industry, with that of blocking the new Brexit pact, which would lead to tariffs and quotas damaging bilateral trade.

“Macron holds the key,” said an EU diplomat following Brexit. “If France climbs down, we can get a deal.”

Bidding for continued access to the UK fishing waters, the EU is also at odds with London over conditions to keep the bloc’s common market of 450 million consumers open to British companies. The two can only be solved together, if at all.

Another diplomat said EU Brexit negotiator, Michel Barnier, this week “wasn’t worried about anything else but fish”.

“He said Macron has to put on the political show as 20% of their fishermen or vessels are ‘jobless’ if they don’t get their quotas,” the person said of a closed-door meeting with Barnier.

“Macron has to fight not to have the fishermen on the streets. That’s why the French are publicly still in full throttle.”