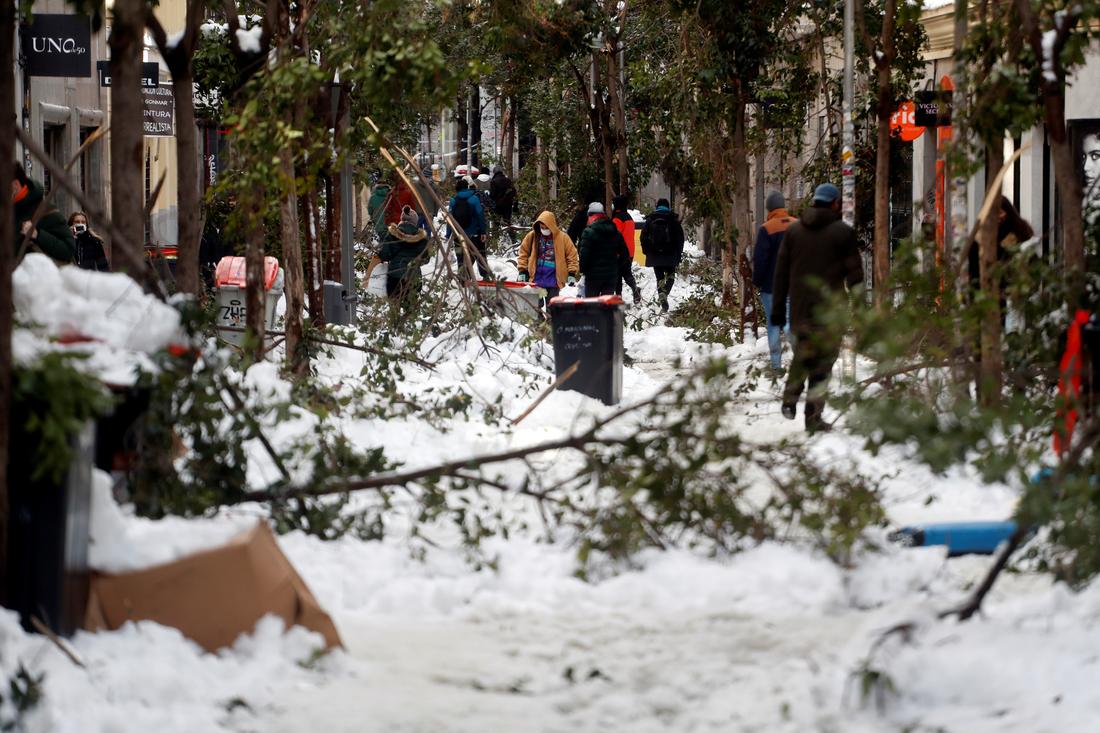 Across central Spain, over 430 roads were affected by the rare blizzard and hundreds of travellers were stranded at Madrid’s Barajas airport, which closed on Friday but will reopen gradually later on Sunday.

Forecasters warned of dangerous conditions in the coming days, with temperatures expected to fall to up to minus 10 Celsius (14 Fahrenheit) next week and the prospect of snow turning to ice and damaged trees falling.

“The commitment is to guarantee the supply of health, vaccines and food. Corridors have been opened to deliver the goods,” transport minister Jose Luis Abalos said on Sunday.

About 100 workers and shoppers have spent two nights sleeping at a shopping centre in Majadahonda, a town north of Madrid, after they were trapped by the blizzard on Friday.

“There are people sleeping on the ground on cardboard,” Ivan Alcala, a restaurant worker, told TVE television.

Dr Álvaro Sanchez walked 17 km through the snow on Saturday to work at a hospital in Majadahonda, prompting owners of 4x4 vehicles to give health workers lifts to work.

One man and a woman in a car drowned after a river burst near Malaga in the south, while two homeless people froze to death in Madrid and Calatayud in the east, officials said.

Train services from Madrid, which were cancelled since Friday (8 January), resumed on Sunday (10 January).