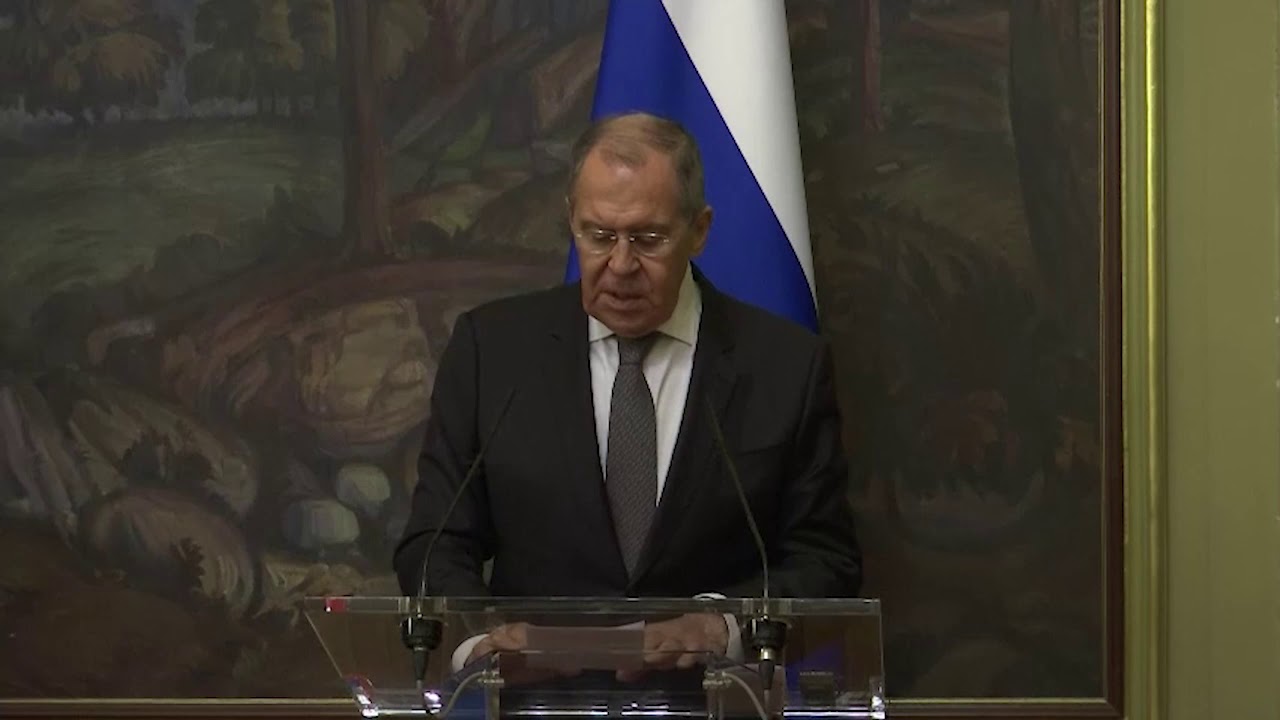 In an extraordinary press conference with EU High Representative Josep Borrell, Russian Foreign Minister Sergey Lavrov hit out at the European Union, while also claiming to hope that relations could improve in a strategic review of EU-Russia relations planned for the March European Council.

Lavrov described relations as difficult due to “unilateral and illegitimate restrictions” imposed by the European Union “under false pretenses” - referring to sanctions linked to the illegal annexation of Crimea and activities in Ukraine. He accused the  European Union of taking advantage of the pandemic to accuse Russia of disinformation and of interfering in the domestic affairs of Russia and of the sovereign states of the Western Balkans and “the post-Soviet Republic”, including those in Central Asia, where the EU and others have found evidence of Russian interference.

In response to questions from journalists, Lavrov went on to accuse different EU countries of violence against protestors and ill-treatment of journalists. He included Italy, Sweden and Latvia. He added that he had spoken to US Secretary of State Anthony Blinken and had asked about those who were detained for the insurrection at the US Capitol. He also accused the courts of different EU member states of taking politically motivated  decisions in relation to the illegal Catalonia referendum and what he described as the baseless accusations of Russian interference in that referendum.

Despite, the long list of accusations directed at the EU, Lavrov also hoped that the planned strategic review of EU relations with the Russian Federation would bear fruit. He listed many areas where he thought cooperation could be enhanced, including on the JCPOA (Iran Deal), the Middle East, climate change and health.

Navalny and the jailing of thousands of protestors was one of a number of issues at the top of Borrell’s agenda. MEPs had been very critical of Borrell’s decision to continue with the visit in the current circumstances, they appear to have been proved correct.

In a further hostile act, Russia announced, as talks were continuing with the High Representative, that he would be asking diplomats from Sweden, Poland and Germany who observed the recent anti-Putin demonstrations to leave the Russian Federation. Borrell strongly condemned the move.

Learned during the meeting that three European diplomats are going to be expelled from Russia. I strongly condemned this decision, rejected allegations that they conducted activities incompatible with their status as foreign diplomats. The decision should be reconsidered. (3) https://t.co/yql2eEFLRj

Sweden’s Foreign Minister Ann Linde and German Foreign Minister Heiko Maas have both criticized this action. Maas tweeted: “Russia's decision to expel several EU diplomats, including an employee from the Moscow embassy, is in no way justified and further damages relations with Europe. Should Russia not reconsider this step, it will not go unanswered.”