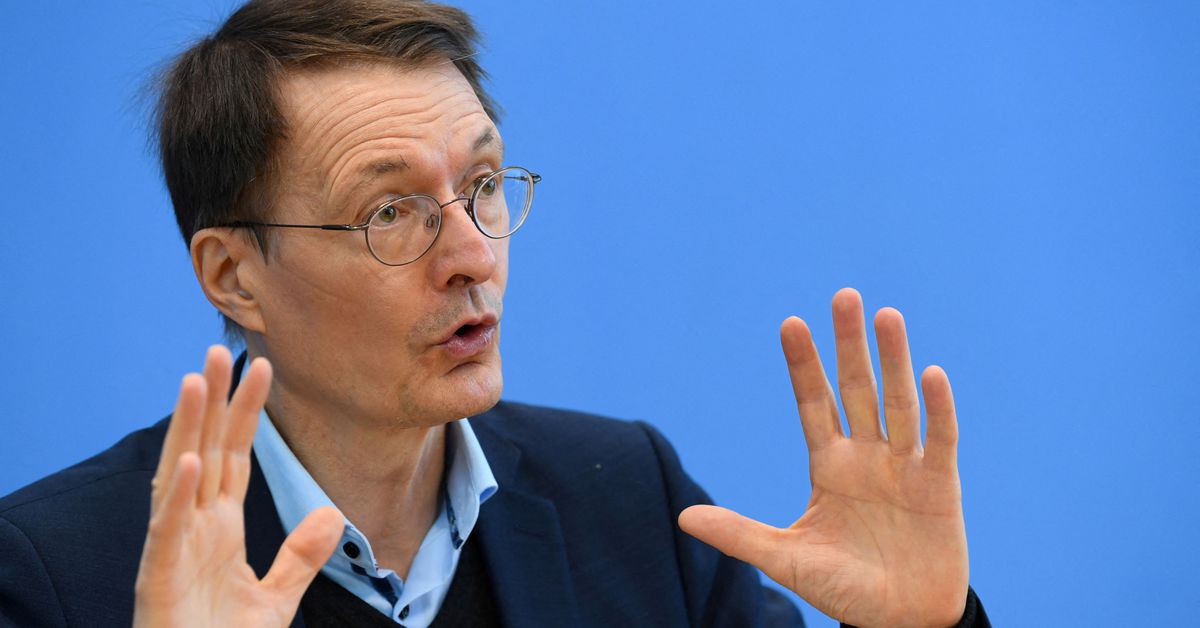 Germany’s health minister urged over-60s with high blood pressure or weak hearts to receive a second shot against COVID-19 in order to lower their chances of becoming seriously ill.

Karl Lauterbach stated that he had requested the STIKO vaccine authority adjust its current recommendation for a booster to include a larger group of people.

STIKO recommends second boosters to people over 70 years old and those who are part of high-risk groups. Lauterbach stated that only 10% have received it to date at a news conference.

Infection rates in Germany have increased in recent weeks, just like in other European countries. After counting more than 300,000. new cases on Thursday, the Robert Koch Institute (RKI), for infectious diseases, reported Friday that there were 296,498 new infections and 288 deaths related to COVID-19.

7,560 cases were reported per 100,000 people. According to the RKI, Omicron BA.2 is now the predominant coronavirus variant accounting 72% of all cases.

Germany will purchase a vaccine to cover all COVID variants, in order to be ready for an autumn new wave, the minister stated. The minister said he was in touch with the companies involved and that they would have the vaccines "very soon after they are available on the market".

Around 76% of Germans have been double-vaccinated, and 58% have received a booster shot. This compares to the more than 90% vaccination rate in many other EU countries.

Although the German parliament is currently debating a vaccine mandate it may take several weeks for it to vote on the controversial measure.

EU to move away from the emergency phase of COVID pandemic