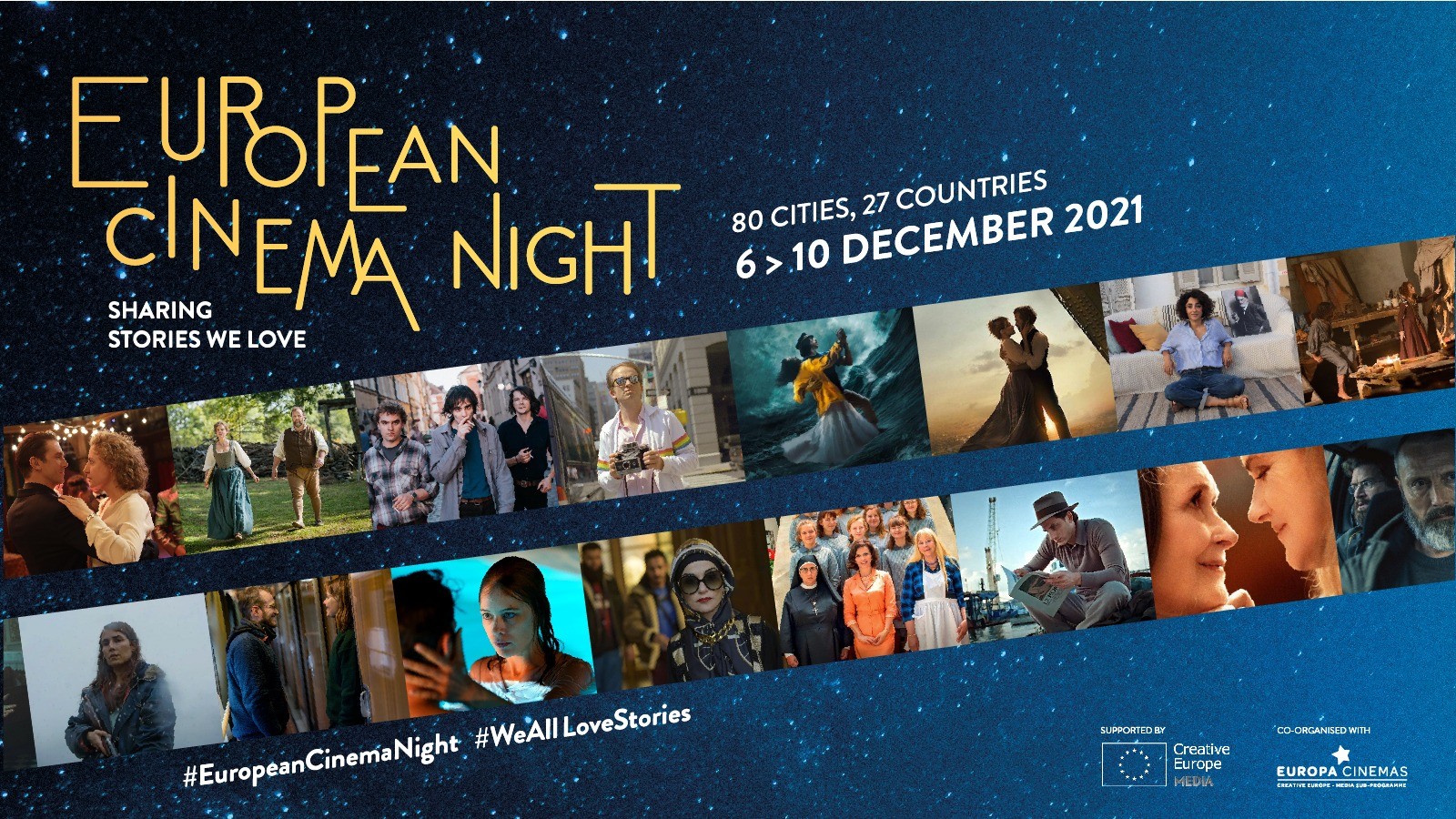 The fourth edition of European Cinema Night began on 6 December, with five days of free screening of EU-supported films across Europe. Almost 80 cinemas in 27 countries will participate in this edition, which aims to bring European films closer to citizens, while celebrating the richness and diversity of European culture. Following the success of the first hybrid edition organized in 2020, this initiative is once again co-organized by the MEDIA section of the Creative Europe program and the “Europa Cinemas” network. All film screenings will take place in accordance with applicable national measures related to the COVID-19 pandemic. To this end, some cinemas offer online screenings. The screenings will be complemented by other activities aimed at involving the audience, such as question-and-answer sessions with the team, presentations and debates. In addition, the 34th edition of the European Film Prize, where 12 titles supported by the MEDIA program compete for prizes, will take place on December 11 in hybrid format. European Cinema Night and the European Cinema Awards have particular significance this year in the context of 30 years of MEDIA, which celebrates the EU's continued support to the audiovisual industry throughout the decades and highlights the industry work, in front of and behind the camera.