Ireland has the second highest rate of reported discrimination in Europe against the Traveller community.

There is also a significant life expectancy gap of 10 years between Travellers and the general population in Ireland.

Tim Hayes of the EU Commission office in Ireland says the rate of employment for Travellers here is the lowest of all countries surveyed at just under 20%. 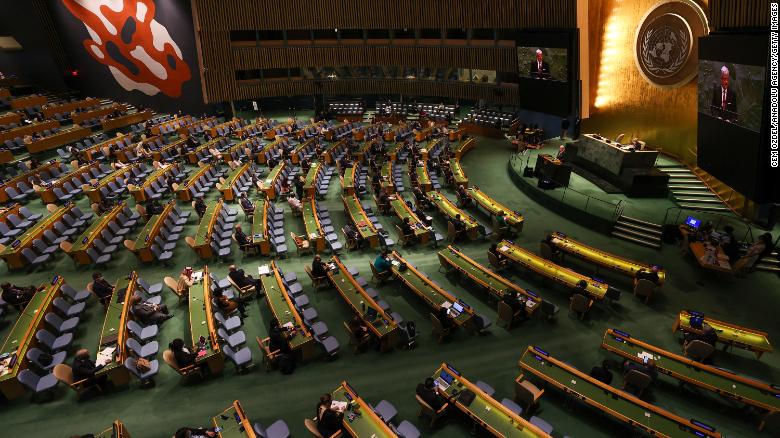 Yesterday (20 September) evening EU ministers dined together ahead of the UN General Assembly which will discuss the situation in Afghanistan, among other issues. Ahead of the meeting, Germany's foreign minister Heiko Maas called for leaders to use the 76th session of the Assembly to coordinate emergency assistance for the Afghan people and to clarify and consolidate the international stance towards "powerholders in Kabul".

In a statement the EU's underlined their commitment to peace and stability in the country and to supporting the Afghan people. The conclusions also set out the EU's line of action for the near future:

The EU recognizes that the situation in Afghanistan is a major challenge for the international community as a whole, and stresses the need for strong coordination in engaging with relevant international partners, notably the UN.

The EU and its member states' operational engagement will be carefully calibrated to the policy and actions of the Taliban-appointed caretaker cabinet, will not bestow any legitimacy on it, and will be assessed against the five benchmarks agreed on by EU ministers of foreign affairs at their informal meeting in Slovenia on 3 September 2021. In this context, the rights of women and girls are of particular concern.

A minimal EU presence on the ground in Kabul, dependent on the security situation, would facilitate the delivery of humanitarian aid and monitoring of the humanitarian situation, and could also coordinate and support the safe, secure and orderly departure of all foreign nationals, and Afghans who wish to leave the country.

As a matter of high priority, the EU will initiate a regional political platform of cooperation with Afghan direct neighbours to help prevent the negative spill-over effects in the region, and support the economic resilience and regional economic cooperation, as well as humanitarian and protection needs.

The Council will revert to the matter at its next meeting in October.