Bosnia and Herzegovina goes to the polls on 7 October to elect the members of the Presidency (one Bosniac, one Croat and one Serbian) and members of the Parliamentary Assembly of BiH, and also the Presidents and legislatures both of the Federation of Bosnia and Herzegovina (FBiH), and the Republika Srpska (RS). The outcome is being hotly contested, and much hangs in the balance - writes James Wilson.

This fragile country with its power sharing system enshrined in an agreement that brought an end to the war more than 20 years ago, is still on track to aspire to be included in the enlargement of the EU to embrace the Western Balkans. But it lags behind other applicants which are much further down the track.

The country is also facing challenges from the current turbulence welling up in the Balkans in reaction to the recent land-swap deal proposed to amend the borders between Serbia and Kosovo which has been supported by the EU. Any talk about redefining boundaries inevitably calls into question many other issues in this troubled region.

Bosnia applied for EU membership in 2016, and according to this year's EU report on its preparedness for enlargement, it is still at an early stage with the reform of its public administration, and reforms are generally progressing at a slow pace. However, significant efforts are needed to improve the capacity for countering terrorism as well as to enhance cooperation with neighbouring countries on border management issues. Alignment with the EU Common Foreign and Security Policy also needs to be improved.

Internally in Bosnia, there continue to be disputes concerning the budget, for which the Republika Srpska (RS) is calling for greater financial independence, not least because the RS is successfully attracting inward investment. The Financial Times recently recently described the RS as one of the 10 priority regions for investment in Europe. Banja Luka is calling for full compliance with the Dayton Accords to take proper advantage of this.

Bosnia has made some progress on economic development, but is still at an early stage of establishing a functioning market economy. Key remaining issues are a weak rule of law, a still poor business environment, and a fragmented and inefficient public administration.

More crucially, there is a threat from the growth of Islamic extremism in the Balkans, as a new of migration wave enters Europe via Bosnia. Many people from the Middle East have made Sarajevo a convenient place to move further to Germany and other countries of northern Europe. This year it is estimated that more than 15,000 migrants have entered Bosnia from Pakistan, Iran, Afghanistan and other countries which the country’s administrative system is failing to adequately cope with.

We should recall the lessons of history and that of the 11 participants in the September 11, 2001 terrorist attack in New York, 6 people fought before that in Bosnia as part of a special jihad team within the Muslim detachments in Zenica, and 3 of them had Bosnian citizenship.

The US State Department's latest country report on terrorism states that Bosnia and Herzegovina has continued to increase its anti-terrorist capacity in 2017, but legislative loopholes and lenient sentencing remain major challenges.

“Some operational domestic coordination exists, but interpersonal and interagency infighting and stovepiping undermined effective cooperation. Extremist ideology and regional nationalist extremist groups remained potential sources of terrorism in Bosnia, and little progress was made on rehabilitation and de-radicalisation." the report states.

By contrast, the US State Department Report comments favourably on the fact that the Republika Srpska passed a new criminal law that treats minor offences related to terrorism in accordance with international standards, and the joining of foreign paramilitary forces as a criminal offence.

Bosnia still remains a potentially explosive hotbed of islamic radicalism. The issue of control over the growth of Islamic influence in the Balkans is complicated by the fact that Bosnian Muslims do not currently have a promising leader - the current leader of the Bosnian Muslims Bakir Izetbegovic can no longer serve as a member of the country’s Presidency because he has already served two consecutive terms.

At the same time, the expansion of Islam in the Balkans is far from over - the number of muslims in the population of BiH is at 50.1%, compared to the situation of 20 years ago, when they made up less than 44% of the population.

In this context an independent Republika Srpska within Bosnia Herzegovina is absolutely key to stability and security in the Western Balkans as a sustainable regional force that can balance against the growth of Islamic influence and the expansion of Islam in the Balkans, and act as a bulwark against the growth of terrorism. 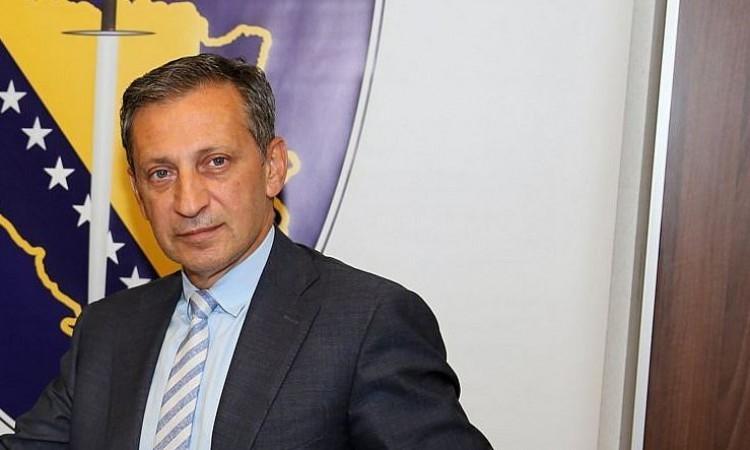 The prosecutors' office said in a statement it was investigating Mehmedagic for the criminal acts of abuse of office or authority, of forging the documents and money laundering.

It said that more information would be available later on Wednesday.

Corruption is widespread in Bosnia, ethnically divided after the bloody breakup of Yugoslavia in the Balkan wars of the 1990s, infiltrating all spheres of life, including the judiciary, education and health.

Last month, police arrested the director of the American University in Sarajevo and Tuzla and two associates for reportedly illegally issuing a diploma to Mehmedagic.

In October, Mehmedagic and an associate were charged with abuse of office for allegedly using agency resources to spy on a man who filed a criminal complaint against him but the court acquitted them of the charges. Prosecutors appealed. 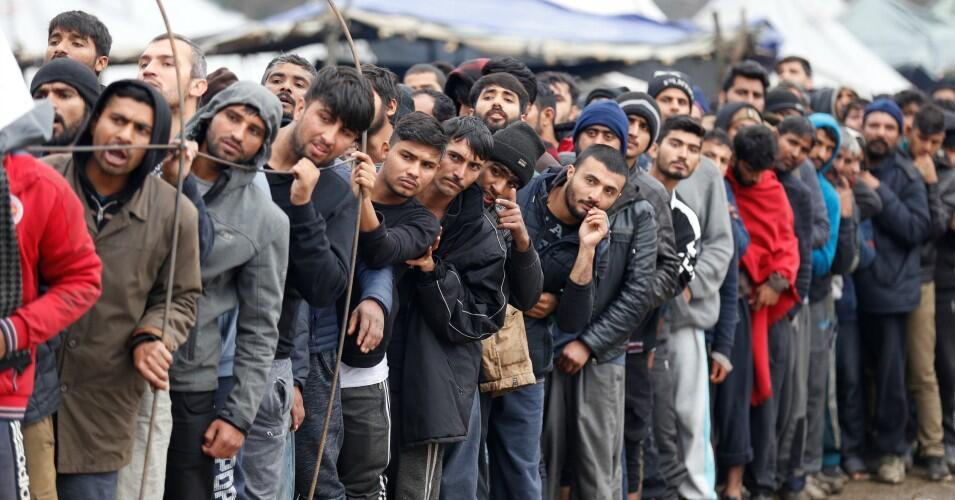 They recognise the steps taken by Bosnia and Herzegovina to address key aspects of the Commission’s Opinion on the country’s EU membership application, but recall that the effective functioning of independent and accountable democratic institutions is a prerequisite for advancing in the EU integration process, including obtaining candidate status. Reforms in the areas of democratic functionality, rule of law, fundamental rights and public administration are crucial, they add.

In view of attempts to undermine the country’s statehood and constitutional values, Parliament expresses its strong support for the sovereignty, territorial integrity and independence of Bosnia and Herzegovina recalling that the path towards EU membership depends on sustainable peace, stability and meaningful reconciliation that underpins the democratic and multicultural character of Bosnia and Herzegovina.

MEPs stress that Bosnia and Herzegovina needs to address shortcomings in its constitutional framework and to move forward with reforms to transform the country into a fully functional and inclusive state.

The report also calls on the authorities to resume inclusive negotiations on electoral reform, eliminating all forms of inequality and discrimination in the electoral process. It emphasises that the agreement reached regarding elections in Mostar enabled the city’s citizens to vote in the 2020 local elections for the first time since 2008.

Concerned by the increased migratory pressure that has led to a grave humanitarian situation, MEPs call for a coordinated, strategic, countrywide response, in order to improve border management and to build appropriate reception capacity across the country. To fight cross-border crime more effectively, closer cooperation with neighbouring countries and relevant EU agencies is essential, MEPs stress.

Rapporteur Paulo Rangel (EPP, Portugal) said: “Bosnia and Herzegovina is at the heart of Europe and its diversity is at the core of European DNA. Further reforms are needed, building upon modest progress to date. We support an inclusive dialogue involving reforms that will allow BiH to advance on its European path and to obtain candidate status. This is only possible by affirming Bosnia and Herzegovina's pluralistic nature while ensuring a functional democracy where all peoples and citizens are equal!”

The report was adopted by 483 votes in favour, 73 against and 133 abstentions.

After ten years of promises, authorities of Bosnia and Herzegovina still don't tell the people who pollutes air in their towns 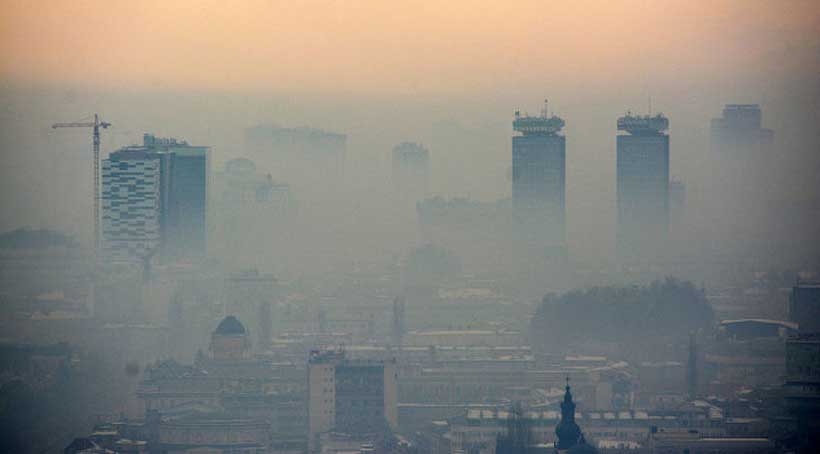 Air in Bosnia and Herzegovina is among the dirtiest in Europe (1) and in 2020, it was ranked 10th in the PM2.5 pollution worldwide (2). Despite that, citizens still have a hard time trying to understand: Who is responsible? Although the state authorities have been obliged to collect and publish the data on pollution since 2003, they are not able to launch an adequate system so far. Non-governmental organizations Arnika (Czechia) and Eko forum Zenica (Bosnia and Herzegovina) published top-tens of the largest polluters for 2018 (3) based on those data available. They urge the governments to ensure access to information from all large industries. The top-ten of the largest polluters of Bosnia and Herzegovina can be found here.

Not surprisingly, large factories that are usually considered as the culprits of pollution lead  the top-tens for 2018: ArcelorMittal Zenica, thermal power plants Tuzla, Ugljevik, Gacko, cement kilns Lukavac and Kakanj, GIKIL coke plant, and refinery in Slavonski Brod. Arnika and Eko forum Zenica publish the data collected from the state authorities since 2011. For the first time, the alternative database shows industries from both entities of the country.

“There was a slight improvement in the data transparency by 2019, as the annual emission reports are finally publicly available online (4). However, the official websites are not user friendly and only experts can understand what the numbers represent. That is why we interpret the data and believe that the public will use them to act towards the polluters and the authorities. Without public demand, the environmental conditions will never improve,” Samir Lemeš from Eko forum Zenica said.

Comparison of the data from the last decade enables us to recognize which companies invest in modernization and technologies to protect the environment and human health. Decrease in pollution from coal power plant Ugljevik was caused by investment into desulphurisation in 2019. Emissions of ArcelorMittal Zenica also decreased, but it was caused by the drop in production related to the global economic crisis; citizens of Zenica are still waiting for modernization.

Some of the largest polluters are still hiding their environmental footprint - such as the coal power plant in Kakanj. While in the EU, coal power plants report emissions of about 15 pollutants, Bosnian plants - such as coal power plant Gacko - publish data only on 3-5 basic chemicals. For example information on heavy metals releases, that represent serious threats to human health, is entirely missing.

Analysis of Arnika and Eko forum Zenica shows that the data submitted by the Industrial companies are not reliable and contain a huge load of errors - almost 90% of the data are irrelevant. Moreover, entities of Bosnia and Herzegovina operate different systems using different methodologies.

“Although Bosnia and Herzegovina signed the PRTR Protocol (5) in 2003, the parliaments did not ratify it till today. Thus, the system is not obligatory for industries. Transparency of data on pollution is a key step on a way to cleaner air. Without access to information, the state authorities cannot act. The public and the media are not able to control the situation, and the polluters can keep doing their business as usual at the expense of the environment and public health," said Martin Skalsky, an expert on public participation from Arnika.

For comparison, in Czechia, 1,334 facilities reported emissions in 2018 and the reports included 35 pollutants into air and others into soil, wastewater and waste, while in Federation of Bosnia and Herzegovina it was only 19 air-polluting substances (6) and in the Republic of Srpska only 6 chemicals. The situation is not improving and the number of reported substances is basically the same today as it was back in 2011.

(1) On pollution of Bosnia-Herzegovina's cities as the most polluted in Europe.

(3) 2018 is the year for which the latest data are available in responsible ministries of FBiH and RS.

(5) A mandatory information tool for the signatories of the Protocol on Pollutant Release and Transfer Registers to the UNECE Aarhus Convention on environmental democracy, signed by Bosnia and Herzegovina back in 2003. However, the country did not ratify the PRTR Protocol till nowadays.