Many see Vladimir Gusinsky as a victim – a man forced out for his liberal beliefs and strength to stand up to Vladimir Putin and his henchmen. But others believe that is far from the truth. Some say Gusinsky is still “welcomed” in the Kremlin – indeed, he has made hundreds of millions of dollars from this “cosy arrangement”, writes Phillip Braund.

Gusinsky and former business partner Konstantin Kagalovsky recently clashed in the High Court in London in a dispute over a Ukrainian television station, TVi.

After the hearing, Kagalovsky said: “Everyone thinks that Goose – as he’s known – is a frightened man on the run from the Kremlin.

“Well, nothing could be further from the truth.

“He has a deal with the Kremlin – something he boasted to me about – that’s allowed him to make a fortune out of supplying television programmes to Russian stations for years.

“He never tired of telling me about his special deal with the Kremlin.

“Who signed the deal and how it meant that he’d have to stay away from politics back home.

“He called it his deal with the ‘Moscow Side’ and said it was signed by the Russian Federation, Gazprom and Gazprom Media.

“And, whenever he spoke about Putin, he rarely called him by his name – it was usually ‘Big Boss this and Big Boss that’.

“He insisted he had a special relationship with Moscow, but I’m not so sure.

“I think they had him on a hook and were playing him.

“To the public Gusinsky is a political victim and enemy of Putin.

“However, it’s typical KGB practice to make an open enemy into a hidden agent of influence.

“I remember him telling me that before he went to sleep at night, he wrote of list of people he hated and kept it by his bedside.

After falling out with the newly installed President Putin, Gusinsky left Russia in 2000.

He was languishing in the infamous Butyrka Prison in central Moscow on charges of “illegal privatisation”,when he was approached by Press Minister Mikhail Lesin to sell his “Media Most” company to Gazprom.

In return, Lesin promised Gusinsky he’d close the case against him.

Gusinsky agreed, and three days later he was freed, and he left the country for Spain.

Firstly, through the Spanish courts the Russians successfully had Gusinsky arrested but later attempts to extradite him failed.

By the time the Russians asked again he’d fled to Israel.

Later, Gusinsky obtained a Spanish passport by declaring he was a Sephardi Jew – Sephardi means Spanish or Hispanic.

He also holds an Israeli passport and currently lives in St Moritz Switzerland.

Two years later, as the now called Gazprom-Media was buying the final stake in his channels, Gusinsky reached another agreement with the Kremlin – a pact he crowedthat was confirmed by Putin.

Gusinsky would call this his “unbreakable agreement” – a deal that would guarantee him endless commissions and money for his dramas.

On the other hand, the contract also prevented Gusinsky from taking advantage of a decision made in his favour by the European Court of Human Rights in Strasbourg.

The ECHR ruled he [Gusinsky] could chase Gazprom’s foreign assets in a civil action.

It’s said he “cynically” used the ruling to open up negotiations with the Kremlin.

With his “unbreakable agreement” firmly in his back pocket, Gusinsky’s New Media Distribution Company (NMDC) produced more than 3,000 original episodes and picked up a host of awards along the way.

Many programmes are firm favourites with Russian viewers – “Agent of National Security”, “The War of Cops”, “Secrets of Investigation” all reached audiences of millions.

However, renowned investigative journalists Ilya Rozhdestvensky and Roman Badanin, writing for Proekt [Project] Media, uncovered the fact that content producer Panorama made each “Secrets of Investigation” show for about $125,000.

But Russian TV channels were buying them at double that price – making Gusinsky’s media empire profits of more than $500 million since 2000.

And, some people are now suggesting, given his Russian “agent of influence" abroad, that Gusinsky should be registered in America under its Foreign Agents Registration Act (FARA).

FARA was introduced in the 1940s to stop Nazi propaganda spreading in the US.

At one point the Soviet news agency TASS and newspapers Izvestia and Pravda were registered as agents.

It was reluctant to disclose its finances, board members and demonstrate evidence of editorial independence.

It has now registered.

Since FARA was introduced 221 Russian companies have been registered as foreign government agencies. 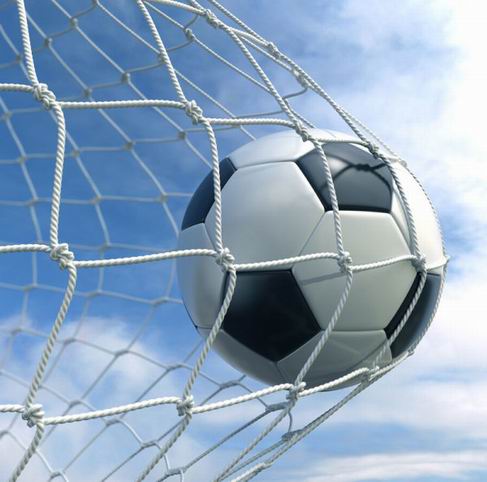 Between 10 June and 12 July 2021, Europol will host an operational centre to support safety and security during the UEFA EURO 2020 football championship. Coordinated by the Dutch Police, the International Police Cooperation Centre (IPCC) of the National Football Contact Points will host about 40 liaison officers from 22 participating and hosting countries. This special operational set-up is created to enable swift cooperation and provide the necessary operational support for a safe and secure championship.

The IPCC will serve as a central information hub for national law enforcement authorities. To that end, Europol has created a special Task Force EURO 2020 to enable keeping officers on the ground 24/7 to easily exchange information and swiftly receive leads on ongoing investigations. The operational activities will focus on public safety and criminal threats, which may threaten security during the tournament. Enforcement authorities will target threats such as cybercrime, terrorism, match-fixing, trafficking counterfeit goods including fake COVID-19 certificates, and other intellectual property crimes.

Europol’s Executive Director, Catherine De Bolle, said: ‘The UEFA EURO 2020 championship is a unique tournament both for football and for law enforcement. With 24 national teams playing in 11 cities across Europe, teaming up is paramount for the safety of the tournament. Europol will enable this cooperation by hosting the dedicated operational centre. Backed by Europol’s capabilities, officers on the ground will be better prepared to ensure a smooth and safe championship.’

The IPCC’s chief of staff, Max Daniel, said: ‘Combining information about public order issues, supporters, places of stay and travel movements by road, air and rail results in an up-to-date and integrated picture. Being able to easily share that information between countries has proven to be very valuable in the past. Police intelligence officers of all participating countries are doing their utmost to ensure that this unique UEFA EURO 2020 championship will be as safe as possible.’

Officials from Europol, the FBI, Sweden and the Netherlands on Tuesday (8 June) gave details of the European leg of a global sting in which criminals were given phones that used encryption but which law enforcement officials could decode and use to listen in on conversations, Reuters, read more.

Jean-Phillipe Lecouffe, the deputy director of Europol, said at a press conference in The Hague that in all, law enforcement from 16 countries had arrested more than 800 suspects in 700 raids, seizing 8 tons of cocaine and more than $48 million in cash and cryptocurrencies.

"This international coalition...carried out one of the largest and most sophisticated law enforcement operations to date in the fight against encrypted criminal activities, Lecouffe said."

The officials did not break down all arrests in each country, but Swedish official Linda Staaf said 70 had been arrested in Sweden and a Dutch official said 49 were arrested in the Netherlands.

Staaf, the Swedish Police's head of intelligence, said that the operation had prevented 10 murders.

The U.S. Federal Bureau of Investigation was due to give further details of the operation later on Tuesday, but Calvin Shivers of the FBI's Criminal Investigative Division said in The Hague that in the 18 months leading up to the operation, the agency had helped distribute the phones to 300 criminal groups in more than 100 countries.

Police agencies then "were able to turn the tables on criminal organizations," Shivers said.

"We were actually able to see photographs of hundreds of tons of cocaine that were concealed in shipments of fruit." 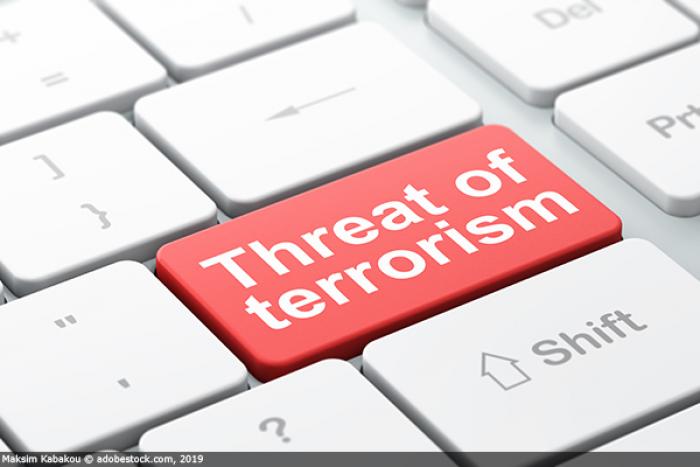 Landmark EU rules on addressing the dissemination of terrorist content online entered into force on 7 June. Platforms will have to remove terrorist content referred by member states' authorities within one hour. The rules will also help to counter the spread of extremist ideologies online - a vital part of preventing attacks and addressing radicalization. The rules include strong safeguards to ensure the full respect of fundamental rights such as freedom of expression and information. The Regulation will also set transparency obligations for online platforms and for national authorities to report on the amount of terrorist content removed, the measures used to identify and remove content, the outcomes of complaints and appeals, as well as the number and type of penalties imposed on online platforms.

Member States will be able to sanction non-compliance and to decide on the level of penalties, which will be proportionate to the nature of the infringement. The size of the platform will also be taken into consideration, so as to not impose unduly high penalties relative to the platform's size. Member states and online platforms offering services in the EU now have one year to adapt their processes.

The Regulation applies as of 7 June 2022. Promoting our European Way of Life Vice President Margaritis Schinas, said: “With these landmark new rules, we are cracking down on the proliferation of terrorist content online and making the EU's Security Union a reality. From now on, online platforms will have one hour to get terrorist content off the web, ensuring attacks like the one in Christchurch cannot be used to pollute screens and minds. This is a huge milestone in Europe's counter-terrorism and anti-radicalization response.”

Home Affairs Commissioner Ylva Johansson said: "Taking down terrorist content immediately is crucial to stop terrorists from exploiting the Internet to recruit and encourage attacks and to glorify their crimes. It is equally crucial to protect victims and their families from being confronted with crimes a second time online. The Regulation sets clear rules and responsibilities for member states and for online platforms, protecting freedom of speech where warranted."

This factsheet provides further information on the new rules. The rules are an essential part of the Commission's Counter-Terrorism Agenda.