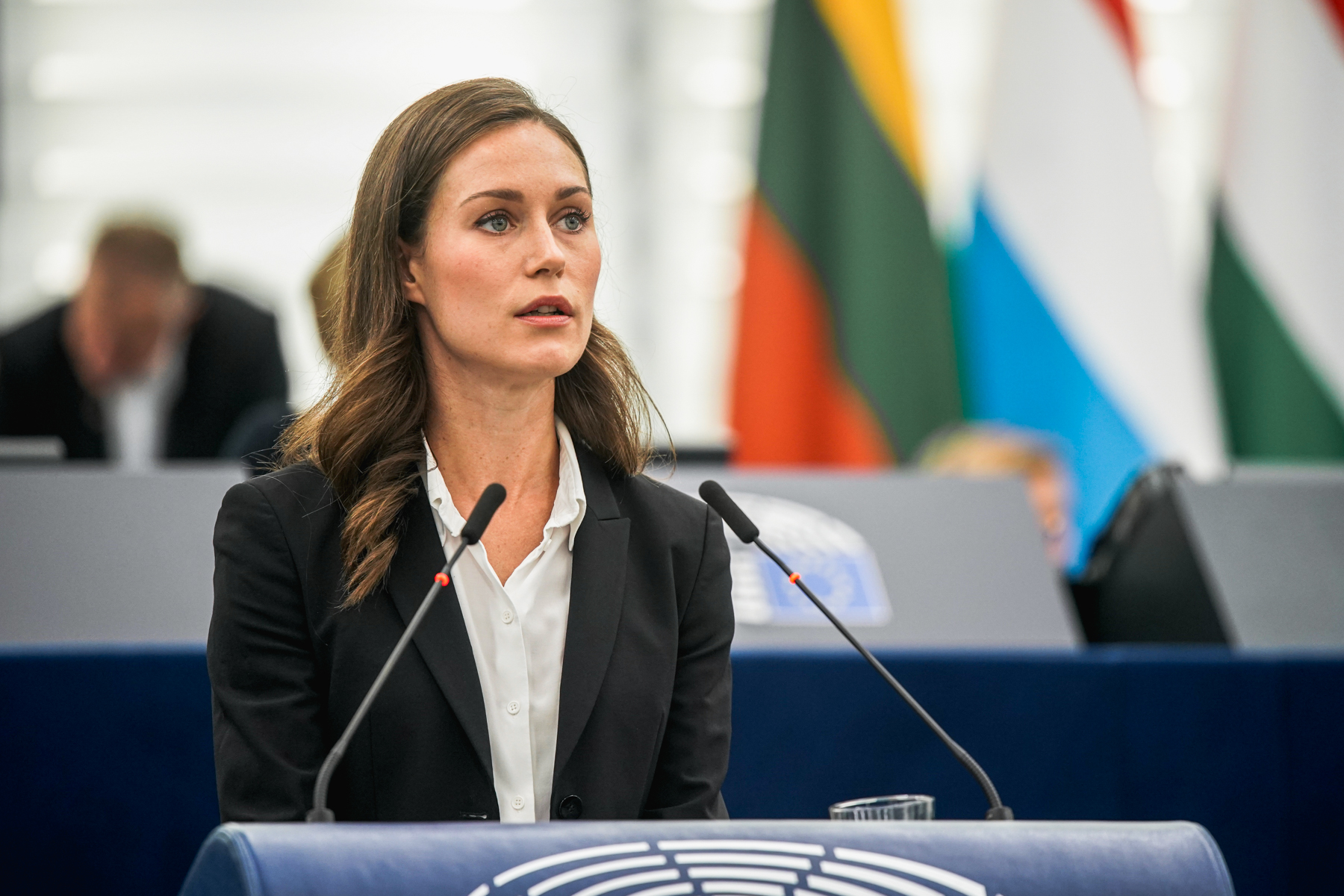 Addressing MEPs in Strasbourg as part of the 'This is Europe' debate series, Prime Minister of Finland Sanna Marin said that Ukrainians have proven their bravery and endurance and they must win the war - there is no alternative. Europeans must therefore continue supplying all types of aid to Ukraine, and be ready to adopt even stronger sanctions and visa restrictions against Russia, she continued. Russia’s short-sighted actions have already led to an even more united Western Alliance, said Marin - not least with Finland and Sweden applying to join NATO.

Turning to the volatile situation in the energy markets, Marin called for short-term measures to lower the price of electricity, address turbulence in electricity markets, and problems with derivatives trading. In the medium- and long-term, only investments in renewable and carbon-free energy, additional transmission networks and storage facilities will end the energy crisis. Investments into the green transition also increase our autonomy, she argued, and that is why the “Fit for 55” package must move forward without downgrading its ambition.

The EU has proven its ability to act in various crises, said Marin. At the same time, these crises have revealed vulnerabilities, and Europe should now strengthen its strategic autonomy: in energy, in defence material production, in food sovereignty, and in technology. As it responds to crises and challenges, the EU needs a sufficient budget. At the same time, loosening the EU’s fiscal rules is not the best way to reform the European Union, and the Recovery and Resilience Fund was a one-time instrument, although a necessary one, said Marin. She also called for further improvements to the EU’s rules-based economic order, so that it can better take into account social issues, employment and the environment.

The current crisis is not Europe’s first, and will not be its last, said Marin. That is why she called for Europe to resist Russian energy extortion, stay united and maintain its values: the rule of law, democracy, and human rights.

After the Prime Minister’s speech, MEPs welcomed Finland’s decision to apply for NATO membership, and asked about Finnish ideas for developing the European energy markets and networks, including with interconnectors. They called for European unity to remain steadfast in the face of energy extortion, and asked for reforms to energy markets. Some speakers also emphasised the importance of food security and fighting famines in tackling Putin’s tactics. MEPs also touched upon the benefits that the European common market brings to all member states, and lamented the difficulties still faced by women leaders like Prime Minister Marin.