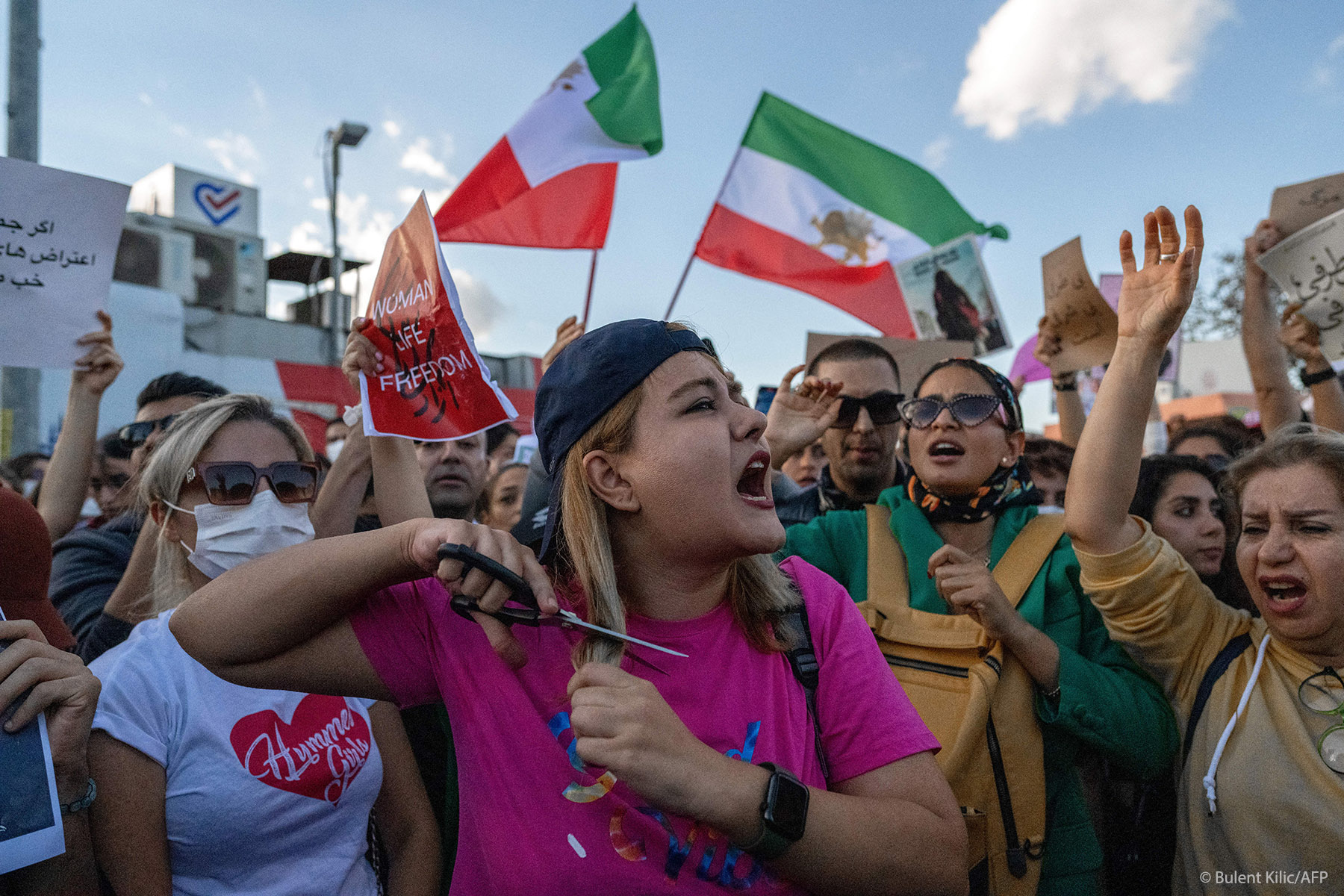 A resolution was adopted Thursday (19 January) that stated that the EU must make further adjustments to its position towards Iran because of the Iranian regime's disregard for human dignity, the democratic aspirations and support for Russia.

MEPs call on the EU to increase its sanctions to include all persons and entities that are responsible for human rights violations, and their families, including President Ali Khamenei and President Ebrahim Raisi, as well as Prosecutor General Mohammad Jafar Montazeri, Supreme Leader Ali Khamenei, and all foundations ('bonyads) connected to the Islamic Revolutionary Guard Corps.

They call upon the Council and member states to include the IRGC, its subsidiary forces, as well as the paramilitary Basij militia, and the Quds force, on the EU terrorist list. Any country where the IRGC conducts military, economic or informational operations, should immediately cut all ties with it.

The murder of protesters must be investigated

The death sentences and executions in Iran of peaceful protestors are condemned by Parliament. It calls for an end to the Iranian authorities' crackdown on its citizens. MEPs call on the Islamic Republic authorities to immediately and unconditionally release all condemned protesters. They also condemn the use of criminal proceedings and death penalties by the regime to suppress dissent and punish those who exercise their fundamental rights. They demand that the perpetrators of the deaths of hundreds of protesters be held accountable.

"The resolution urges the expansion of restrictive measures against Iran, as it continues to supply unmanned aerial vehicles and plans for surface-to-surface rockets to Russia.

Finally, the MEPs are deeply concerned about the transnational structural repression by the Islamic Republic authorities, which includes assassinations and espionage against the Iranian diaspora in the EU. They ask the EU and its member states to take stronger measures to protect those who are affected from such repression.