Parliament has adopted its negotiating position on the new Fisheries Control system, which will reform the rules that have governed EU fishing activities since 2010. Plenary session  PECH

By 401 votes in favour, 247 against and 47 abstentions, MEPs agreed to use new technologies to better enforce fishing rules and improve security and transparency. They also insist that consumers must know when, where and how the products they buy are caught.

The use of on-board cameras (CCTV) to carry out checks on landing obligations should be compulsory for a “minimum percentage” of vessels longer than 12 meters and which have been identified as “posing a serious risk of non-compliance”. The equipment will also be imposed as an accompanying sanction for all vessels that commit two or more serious infringements. Vessels that are willing to adopt CCTV on a voluntary basis should be offered incentives such as additional allocation of quotas or having their infringement points removed.

MEPs back the proposal to harmonise sanctions and demand that a “European Union Register” of infringements be set up to centralise information from all member states. They also call for an “appropriate system of sanctions” for infringements committed by recreational fishermen.

In line with the EU’s Farm-to-Fork Strategy, Parliament demands that the origin of fishery and aquaculture products must be traceable throughout the whole food chain, including processed and imported products. Data on the species of fish, the location, date and time it was caught, and the type of gear used should be made available.

lara AGUILERA (S&D, ES), rapporteur, said: “We took important steps towards having common rules. Inspections on fisheries in Spain must not differ from those in Denmark, Poland or Italy. They must be harmonised and more efficient, without resulting in more red tape for the sector.”

In an effort to reduce marine litter, MEPs agree that all vessels should be obliged to notify national authorities when they lose fishing gear and to carry on board the necessary equipment to retrieve it.

All vessels should also be equipped with a geolocation device allowing them to be automatically located and identified, a measure deemed necessary to improve security at sea, according to the adopted text.

Parliament also proposes to increase the margin of error accepted on the weight of some species estimated by fishermen on board (margin of tolerance).

With today’s vote, Parliament is now ready to start negotiations with Council. According to the current proposal, operators would have four years following the entry into force of the rules to equip vessels with the new technologies required.

On 5 February, the Committee on Fisheries adopted its position regarding the EU’s Fisheries Control system. The proposal updates five existing regulations and harmonise control and inspection systems, as well as sanctions, across EU countries.

A trade deal between Britain and the European Union is a good agreement for the fisheries industry, allowing it to rebuild itself during a five-and-a-half year transition, a senior member of the UK’s negotiating team said on Tuesday (29 December), write Elizabeth Piper and Paul Sandle.

Fisheries groups have criticized the deal, saying the industry had been sacrificed in the post-Brexit trade talks.

“The deal we’ve got recognises UK sovereignty over our fishing waters, it says that up front,” the senior member of the negotiating team said.

“We think this is a good deal. This enables the fishing industry to rebuild itself during the transition, we are investing £100 million into programmes to help modernize the fish processing industry over this period,” he said.

AGRIFISH Council: Ministers decide fishing opportunities for 2021 in the North-East Atlantic and for deep-sea stocks

On 17 December, the Council agreed on fishing opportunities for 2021 for the fish stocks managed by the EU in the North-East Atlantic, based on a proposal made by the Commission. As regards stocks that will be shared with the UK, The Council also decided as a transition measure to proportionally roll over the 2020 total allowable catches (TACs), with a few limited exceptions, as proposed by the Commission. This will ensure fishing opportunities in the exceptional circumstances surrounding the still ongoing negotiations on the future relationship between the EU and the UK. These measures complement the Commission's contingency proposal from last week, which provides for the possibility of reciprocal fishing access by EU and UK vessels to each other's waters, if and when agreed between the EU and the UK, and all conditions for the continuation of the EU fishing operations have been met.

Environment, Oceans and Fisheries Commissioner Virginijus Sinkevičius said: “I am very pleased that for the stocks the EU is managing on its own, we have brought eight total allowable catches in line with the levels that guarantee the maximum sustainable yields from those stocks. EU ministers have followed my proposals on the precautionary approach for nine fish catch quotas. This is a step in the right direction. The Commission proposal was very ambitious and I welcome today's overall good outcome. We have also managed to respond to the uncertainty surrounding Brexit, and secure continued fishing for all EU fishermen and women. Vessels can take to the sea on 1 January 2021 and the fishing sector can be reassured that their business is recognized as a priority for the EU.”

The Council has also decided on sustainable catch limits for southern seabass (Bay of Biscay) in line with maximum sustainable yield (MSY). The Council has continued the protection of the vulnerable deep-sea sharks through a prohibition of fishing of this species. In line with the Commission proposal, the Council has agreed to set very limited bycatch for cod in Kattegat (123 tonnes), and roundnose grenadier in Skagerrak and Kattegat (5 tonnes), and a scientific TAC for nephrops in the southern Bay of Biscay (2.4 tonnes). More information is available Commissioner Sinkevičius' press statement and online.

Based on the Commission's proposal, EU ministers agreed fishing opportunities for 2021 for the Mediterranean and the Black Seas. Sinkevičius said: “In line with our political commitments made in the MedFish4Ever and Sofia Declarations, we implemented in EU law ambitious measures taken in the context of the General Fisheries Commission for the Mediterranean (GFCM). On the Western Mediterranean multiannual plan, I regret that ministers were not ready to agree on higher effort reductions, which would have allowed us to restore the fish stocks to sustainable levels faster and to ensure the long-term social and economic viability of the fishermen and women operating in the region. I welcome, however, that the effort reduction will be accompanied by additional national measures to protect the stocks."

For the Mediterranean, the regulation agreed by ministers continues the implementation of the EU multiannual management plan for demersal stocks in the Western Mediterranean, adopted in June 2019, by reducing the fishing effort by 7.5%. The Regulation also introduces measures adopted by the General Fisheries Commission for the Mediterranean in 2018 and 2019, in particular measures for eel, red coral, dolphinfish, small pelagic species and demersal stocks in the Adriatic and deep water shrimps stocks in the Ionian Sea, Levant Sea and the Strait of Sicily. For the Black Sea, the quotas for turbot and sprat are maintained at the 2020 level. More information is available Commissioner Sinkevičius' press statement and online. 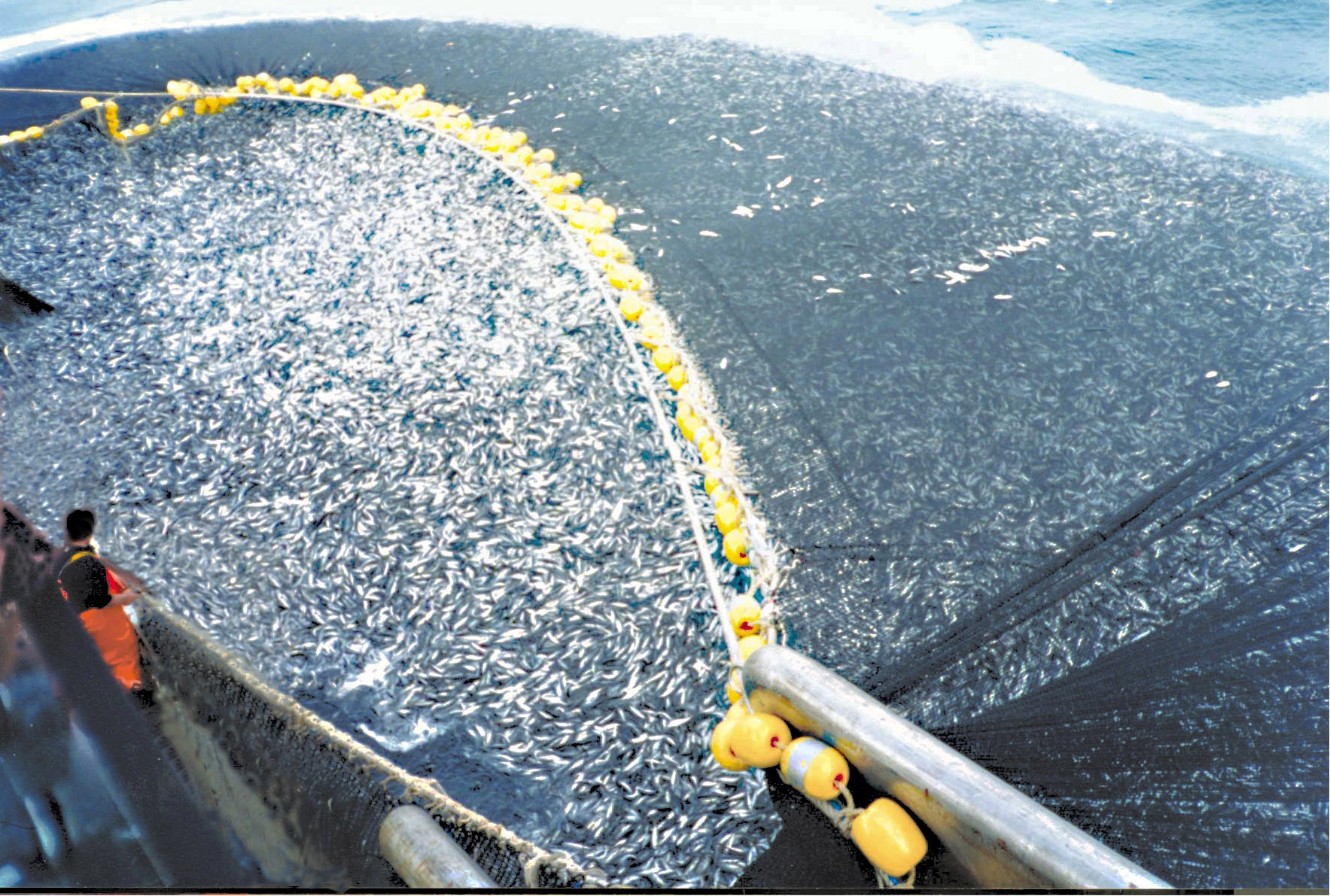 On 17 December the 27 EU fisheries ministers reached an agreement on fishing opportunities for EU fish stocks in 2021.  Despite deadlines in EU law and United Nations’ commitments to end overfishing by 2020, ministers failed to set fishing limits that would ensure all fish resources are exploited within sustainable levels. Some fishing opportunities, particularly for the Mediterranean, were set well above scientific recommendations.

Oceana in Europe Senior Director of Advocacy Vera Coelho said: “By exceeding scientific advice for around 35% of catch limits, fisheries ministers are clearly disregarding the objectives and legal obligations of the EU fisheries policy, which requires all fish stocks to be harvested sustainably. Despite all stated Green Deal ambitions, short-termism continues to drive decisions against the backdrop of an environmental emergency.”

The EU has decided about fishing opportunities including 23 Total Allowable Catches (TACs) for North-East Atlantic fish stocks and fishing effort limits in the Western Mediterranean Sea. Despite reasonable initial proposals from the European Commission and their attempts to increase transparency, the AGRIFISH Council failed to align all North-east Atlantic TACs with scientific advice. Several TACs, mainly for data-limited fish stocks, exceeded scientifically advised limits, including those for southern hake, pollack in the Bay of Biscay, sole in West of Ireland, or cod in the Kattegat, among others.

EU Ministers also strongly opposed the European Commission proposal to reduce 2021 “fishing days” for Mediterranean trawlers by 15%, and battled to limit the reduction to a mere 7.5%. This short-sighted decision disregards scientific advice calling for stronger effort reductions of up to 80% for most overfished sotcks. A situation like this will perpetuate the Mediterranean’s unenviable position as the world’s most overfished sea, further putting at risk the realisation of the 2019 EU Multiannual Plan for demersal fisheries in the Western Mediterranean.

In light of the continued uncertainty surrounding the future relationship with the UK, the AGRIFISH Council further set over 120 provisional TACs for shared stocks with third countries (including the UK and Norway), to be fished by EU vessels in EU and in international waters. These TACs will apply provisionally from 1 January to 31 March 2021 to ensure the continuation of fishing activity until agreements on these stocks are concluded. In case of no agreement, the Council will set definitive unilateral TACs for 2021. Oceana urges all involved parties to follow scientific advice so as to prevent an overfishing race between the EU and the UK.

The United Nations IPBES Global Assessment Report on Biodiversity and Ecosystem Services warned that fishing has been the biggest cause of marine biodiversity loss in the last 40 years. In the North-East Atlantic the overfishing rate has dropped from 66% to 40% of assessed stocks over the last decade, whereas in the Mediterranean it continues at high levels. A transition to fully sustainable fisheries must speed up if overfishing is to become a thing of the past.

The Common Fisheries Policy (CFP) sets a clear legal obligation to end overfishing by 2020, to ensure all EU exploited stocks are restored above healthy levels which can produce the Maximum Sustainable Yield (MSY). The CFP further stipulates that stocks included in fishing agreements with third countries are exploited as well according to similar standards. In 2019, the EU adopted the Multiannual Plan for demersal fisheries in the Western Mediterranean (EC/2019/1022) creating a framework to achieve the CFP objectives by 2025, particularly by tackling excessive fishing effort.

Due to Brexit, over 100 catch limits for the most important Atlantic stocks, including deep-sea ones, will be subject to the outcome of the EU-UK negotiations, 2021 being the first year when the UK will not be subject to EU law.