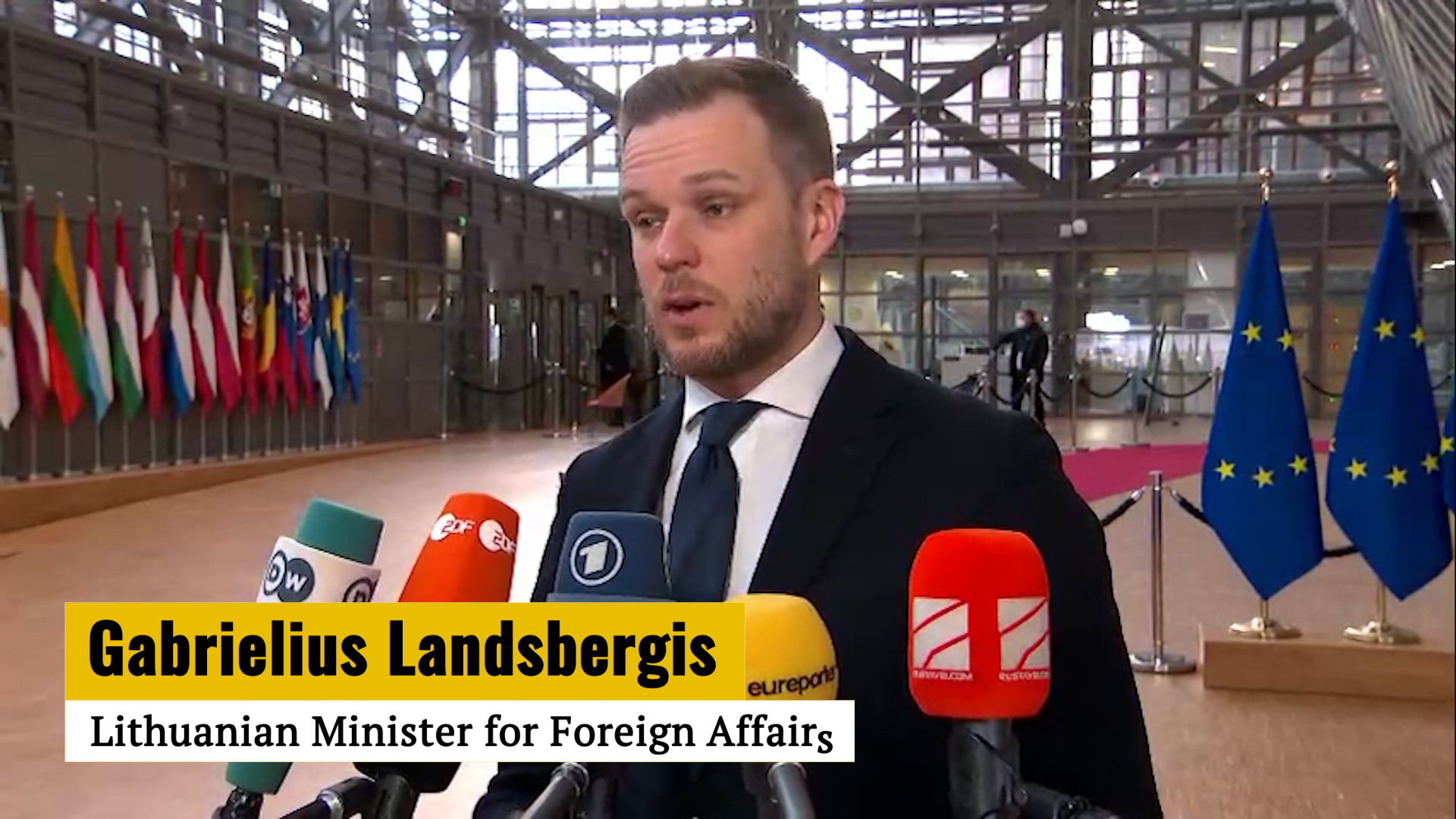 Arriving at today’s (24 January) Foreign Affairs Council in Brussels, ministers expressed their support for sanctions against Russia should it invade Ukraine again.

“There's no doubt we are ready to react forcefully with comprehensive sanctions never seen before if Russia will continue to invade Ukraine again.” Danish Foreign Minister Jeppe Kofod. “It's also very important to say that, at the same time, we are ready to take a diplomatic track and discuss with Russia.”

Kofod also said that Russia should withdraw their proposals which were redolent of “the darkest days of the Cold War”.

When asked if sanctions would be effective, Lithuanian Minister for Foreign Affairs Gabrielius Landsbergis said that if the sanctions were not unbearable, they would not act as a deterrent. Asked about the cost of these sanctions to the EU, Landsbergis said: “Basically, we have to decide whether we want to deter a war.”

Romania’s Minister for Foreign Affairs Bogdan Aurescu said that sanctions were the EU’s most powerful instrument to deter further Russian aggression: “I think we have to speed up the preparation of sanctions and make that clear in the Council conclusions we adopt today. Hopefully we'll do this in a resolute manner.”

NATO puts forward a proposal to resolve tensions with Russia