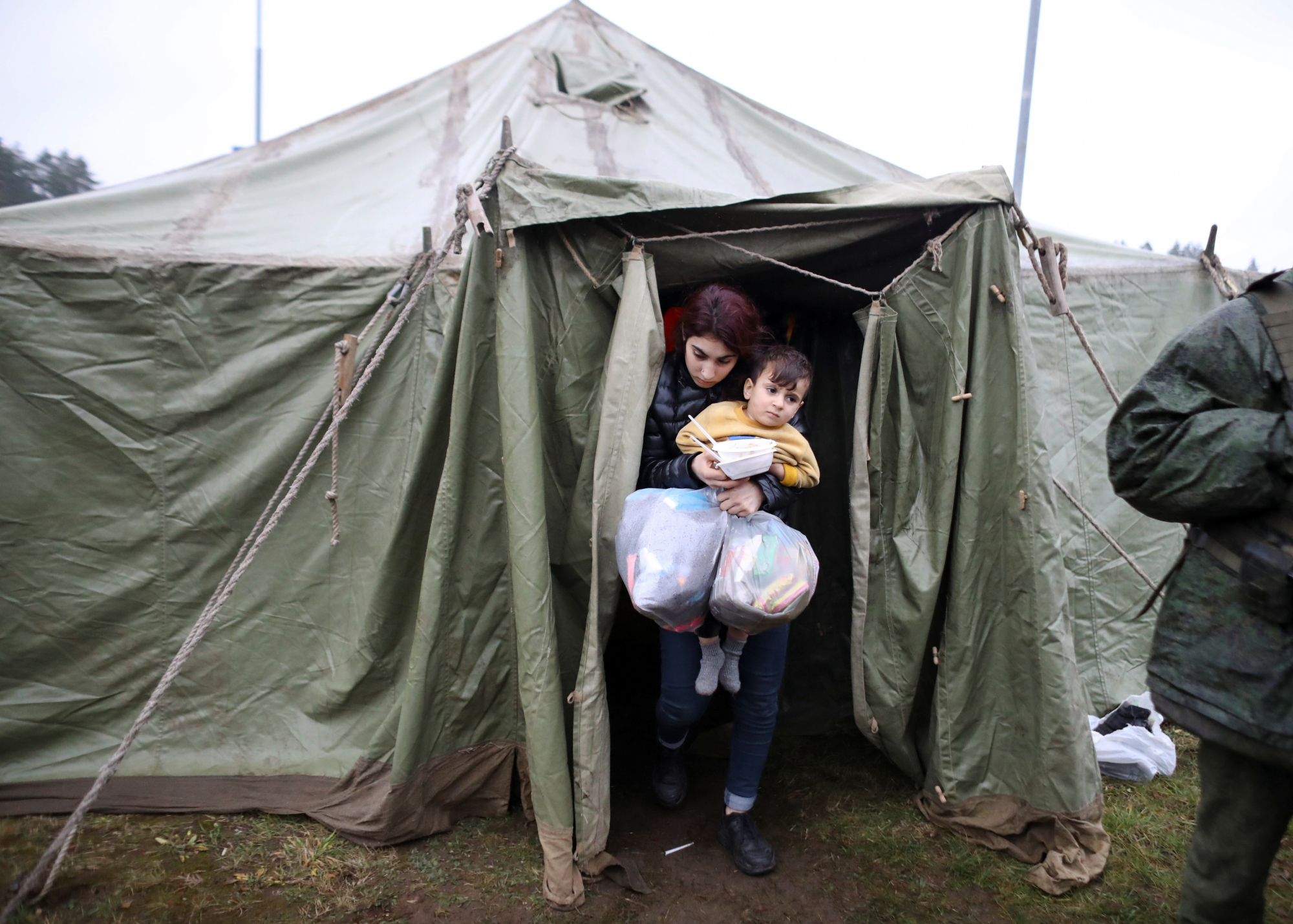 A migrant woman carries a child as they exit a tent outside the transport and logistics centre near the Belarusian-Polish border in the Grodno region, Belarus November 21, 2021. REUTERS/Kacper Pempel

Belarus is waiting for an answer from the European Union on whether the bloc will accept 2,000 stranded migrants from the Belarusian border, President Alexander Lukashenko was quoted as saying on Monday by the official Belta news agency, write Maria Kiselyova and Matthias Williams, Reuters.

Lukashenko said Belarus would demand Germany takes in the migrants and said the EU was not making contact with Minsk on the issue.

He also warned that Poland should consider the consequences of acting on a threat to close a border railway crossing, saying rail traffic could be diverted to run through a conflict zone in eastern Ukraine in such a scenario.

The European Union accuses Belarus of flying in thousands of people from the Middle East and pushing them to cross into the EU in response to European sanctions. Minsk denies fomenting the crisis. Read more.