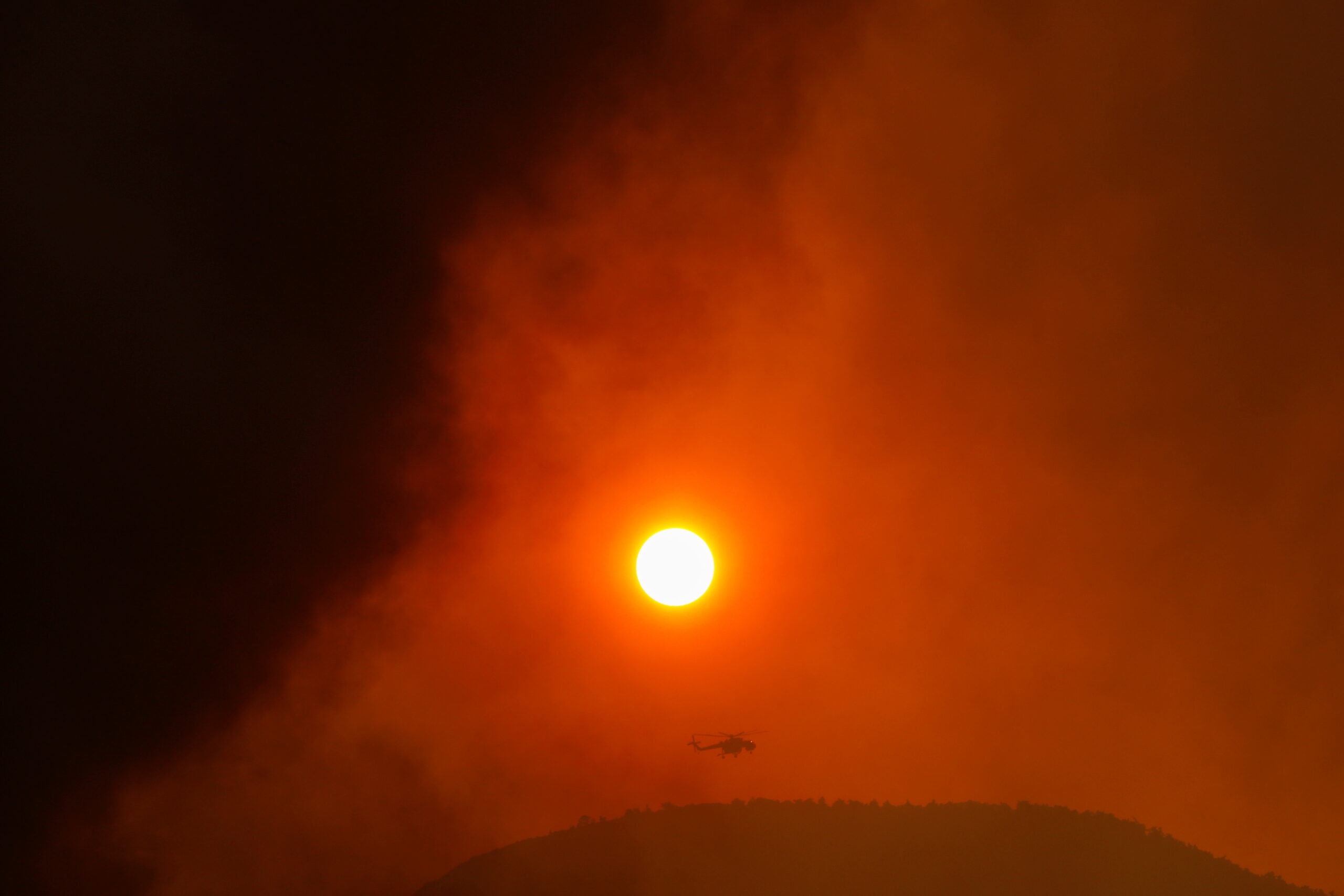 Croatian water-bomber planes joined dozens of firefighters on Sunday to help contain a wildfire that killed one man on the Adriatic island of Hvar, Croatian media reported.

The fire, which broke out early in the afternoon, threatened residential areas close to the town of Stari Grad. The man died when he tried to keep the flames away from his property, state news agency Hina reported.

Fire brigade chief Ivan Kovacevic said the fire no longer threatened houses but continued to burn in a pine forest. "The situation at the site is currently good," he told Hina.

Over the past month, a series of wildfires have raged along the Croatia's Adriatic coast as a heatwave intensifies there and across much of Europe.