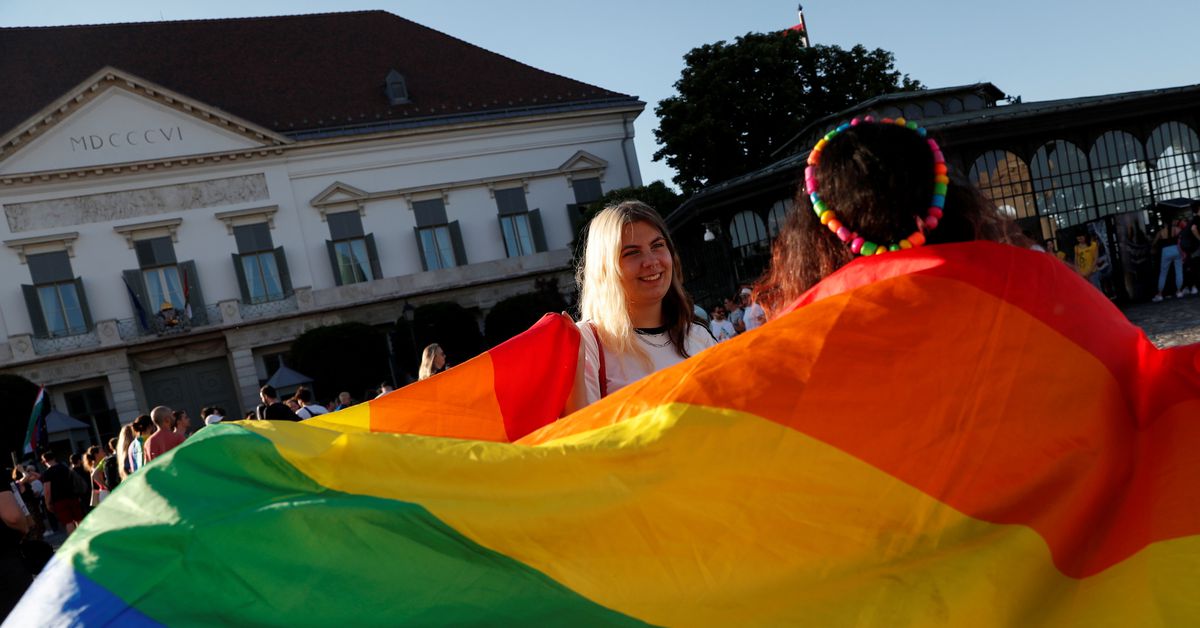 Demonstrators attend a protest against a law that bans LGBTQ content in schools and media at the Presidential Palace in Budapest, Hungary, June 16, 2021. REUTERS/Bernadett Szabo/File Photo

"Homosexuality is equated with pornography. This legislation uses the protection of children ... to discriminate against people because of their sexual orientation ... It is a disgrace," European Commission President von der Leyen told the European Parliament in Strasbourg.

"No issue was as important as the one that impinges on our values and our identity," von der Leyen said of the Hungarian law discussion at the June EU summit, saying it went against the protection of minorities and respect for human rights.

Von der Leyen said Hungary would face the full force of EU law if it did not back down, although she did not give details. Such steps could mean a ruling by the European Court of Justice and the freezing of EU funds for Budapest, EU lawmakers say.

The Spanish government last month approved the draft of a bill to allow anyone over the age of 14 to change gender legally without a medical diagnosis or hormone therapy, the first large EU country to do so, in support of lesbian, gay, bisexual, transgender (LGBT) rights.

French President Emmanuel Macron has called the split over values between eastern countries such as Hungary, Poland and Slovenia as a "cultural battle". 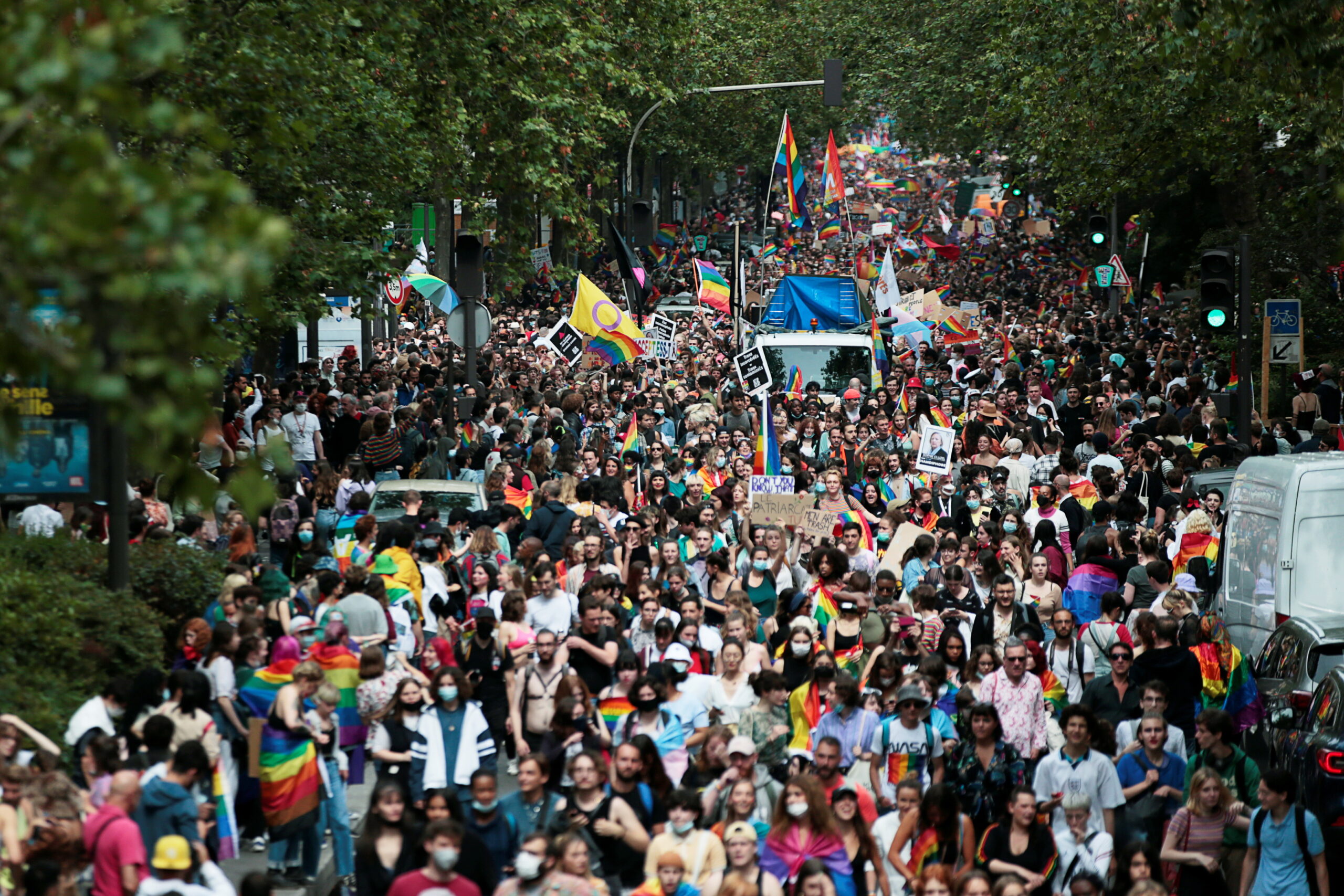 Today (17 August) Equality Commissioner Helena Dalli will participate in events organized around World Pride 2021 to promote equality and diversity. Commissioner Dalli said: “I am very grateful to be able to participate in the first World Pride since the start of the pandemic. World Pride is a colourful event that embodies diversity and reminds us that equality must always be defended with the utmost determination."

In the morning, Commissioner Dalli will meet Swedish Gender Equality Minister Märta Stenevi for the first time, to discuss issues such as pay transparency and LGBTIQ equality. She will then meet with Michael O'Flaherty, director of the Fundamental Rights Agency, who will brief her on the work carried out by the Agency in support of the Commission's strategies on equality and discrimination against Roma, people with disabilities and LGBTIQ people.

In the afternoon, Commissioner Dalli will participate in a panel discussion on the role of the EU in promoting the inclusion of LGBTIQ people in Europe and globally at the human rights conference. She will end the day with a meeting with Belgian Deputy Prime Minister Petra De Sutter to discuss LGBTIQ issues, including the rights of transgender people. 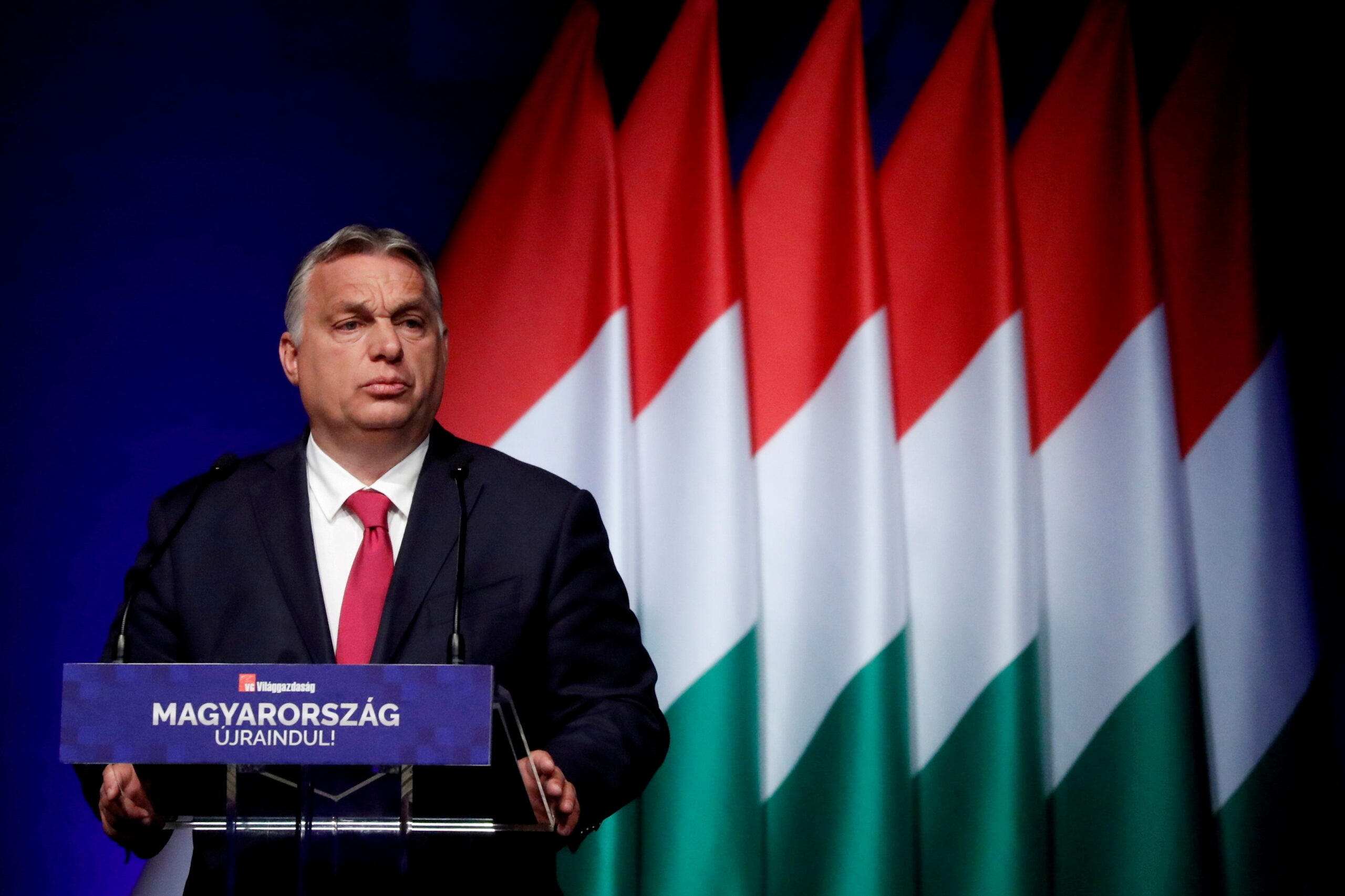 Hungarian Prime Minister Viktor Orban (pictured) said on Thursday (8 July) that EU efforts to force Hungary to abandon a new law banning the promotion of homosexuality in schools would be in vain, write Krisztina Than and Anita Komuves, Reuters.

His government will not allow LGBTQ activists into schools, Orban said.

The right-wing leader was speaking on the day the new law entered into force. It bans schools from using materials seen as promoting homosexuality and gender reassignment, and says under-18s cannot be shown pornographic content.

It also proposes setting up a list of groups allowed to hold sex education sessions in schools.

But Orban said only Hungary had the right to decide on how children should be raised and educated.

The law, which critics say wrongly conflates paedophilia with LGBT+ issues, has prompted protests in Hungary. Rights groups have called on Orban's Fidesz party to withdraw the bill. The European Commission has opened an inquiry into it.

"The European Parliament and the European Commission want that we let LGBTQ activists and organisations into the kindergartens and schools. Hungary does not want that," Orban said on his official Facebook page.

The issue was one of national sovereignty, he said.

"Here Brussels bureaucrats have no business at all, no matter what they do we will not let LGBTQ activists among our children."

Orban, who has been in power since 2010 and faces a potentially tough election fight next year, has grown increasingly radical on social policy in a self-proclaimed fight to safeguard what he says are traditional Christian values from Western liberalism.

The opposition party Jobbik has also supported the bill in parliament.

On Thursday, the NGOs Amnesty International and Hatter society flew a huge heart-shaped rainbow colour balloon over Hungary's parliament building in protest against the law.

"Its aim is to erase LGBTQI people from the public sphere," David Vigh, director of Amnesty International Hungary, told reporters.

He said they will not observe the new law nor change their educational programmes. 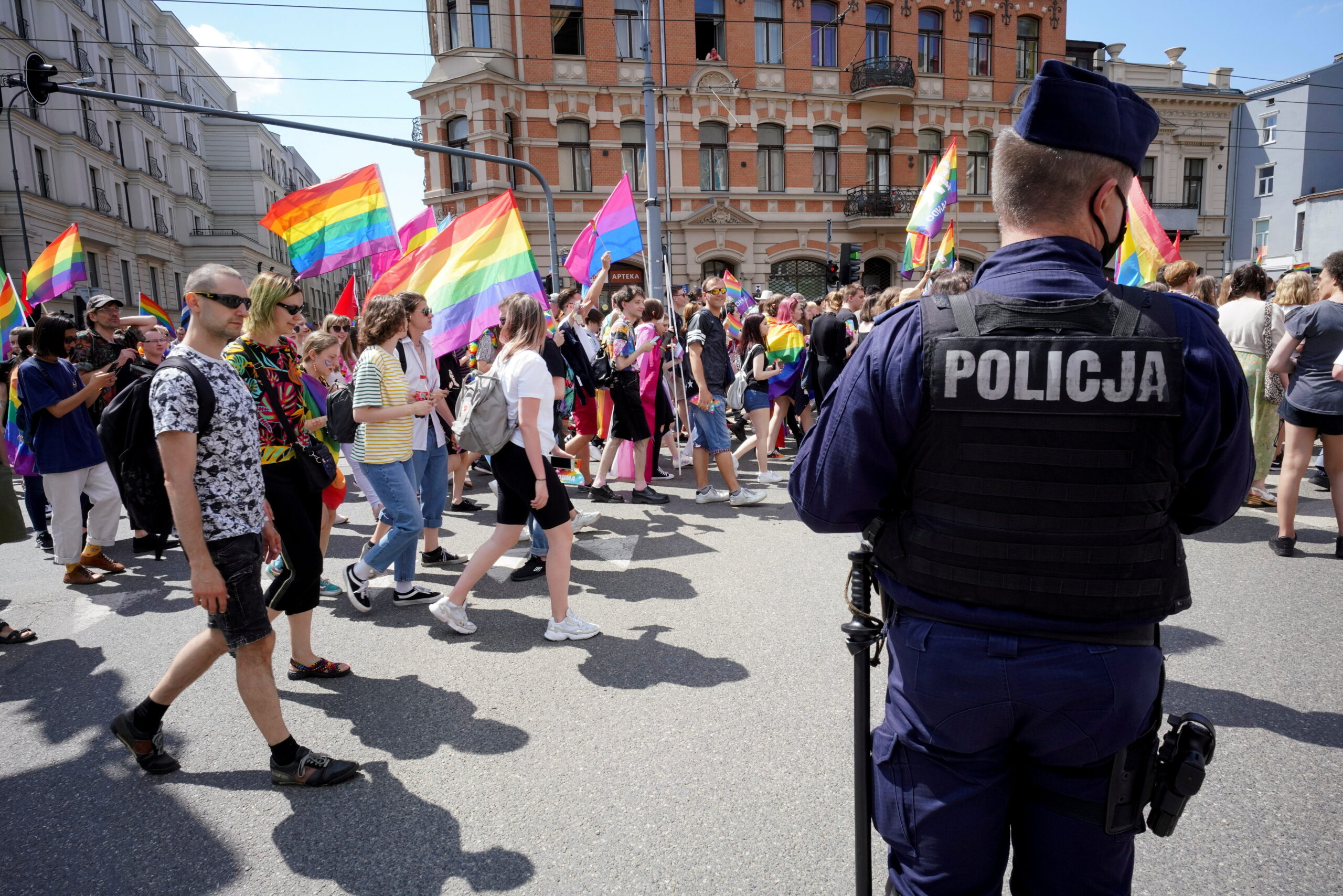 Demonstrators take part in the Equality March in support of the LGBT community, in Lodz, Poland June 26, 2021. Marcin Stepien/Agencja Gazeta via REUTERS

The EU says LGBT rights must be respected in all member states, but Poland's ruling nationalist party has made anti-gay policies part of its governing platform.

In March it explicitly banned same-sex couples from adopting children, while more than 100 towns and areas have declared themselves "LGBT-free".

"We are checking if there is a violation of EU treaties" in the creation of those zones, said one EU official, adding the process has not yet been completed. A second official confirmed the Brussels-based executive is looking into the issue.

Known as an infringement procedure, such a legal action would challenge Poland to eliminate the zones which, if not complied with, could lead to hefty fines.

Asked to comment, a Polish government spokesman said: "There are no laws in Poland that would discrimate against people based on their sexual orientation."

Poland is already under a special EU probe for undercutting the rule of law.

The governing Law and Justice (PiS) party has repeatedly clashed with the EU over democratic values as it brought courts and media under more state control, curbed women's rights and rejected immigration from the Middle East and Africa.

Despite such pressure and the fact that Poland is a major beneficiary of EU financial aid, Warsaw has largely refused to change tack, saying it must defend the country's traditional, Catholic customs.