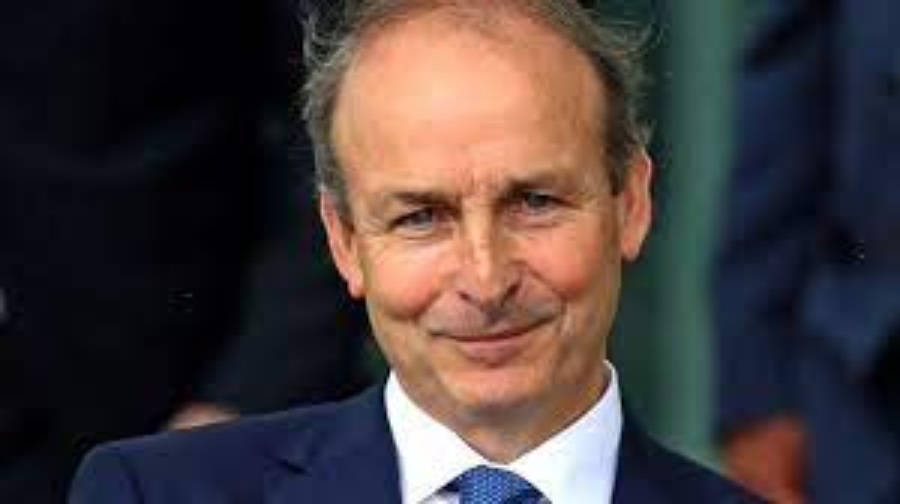 Ireland is counting on US support to help maintain the political stability of Northern Ireland as Britain withdraws from the European Union, Irish Taoiseach Micheál Martin said on Sunday ahead of a virtual summit with President Joe Biden, writes David Morgan.

“We want to see a continuation of the president’s interest in Ireland and support for the peace process and the Good Friday Agreement and also of upholding the Brexit agreement itself,” Martin said in an interview with CBS’ “Face the Nation” program.

Martin and Biden, an Irish-American, will hold a virtual summit on Wednesday to mark St. Patrick’s Day and the close bilateral relationship between Washington and Dublin.

Martin declined to discuss his plans for Wednesday’s discussion in detail, including whether he would ask Biden to exert influence on Britain, as Dublin seeks what he described as “a stronger structure” for British-Irish relations in the aftermath of Brexit.

Asked about the possibility Biden could visit Ireland in June, Martin said the U.S. president told him in November: “Try and keep me out.”

Earlier this month, Northern Irish loyalist paramilitary groups said they were temporarily withdrawing support for the 1998 peace agreement due to concerns over the Brexit deal. The groups expressed concern about a disruption to trade between Great Britain and Northern Ireland due to the Brexit deal and said they believed that Britain, Ireland and the EU had breached their commitments to the peace deal.

“I get on well with Prime Minister Boris Johnson and we will be working out issues post-Brexit,” Martin said.

He also noted the longstanding role that Washington has played in Northern Ireland.

“Having been involved at the time of the signing of the Good Friday Agreement, I’m under no illusions about the significance of the American involvement and engagement with all sides,” Martin told CBS.

He and Biden are also expected to discuss the COVID-19 pandemic including vaccines and other global challenges.