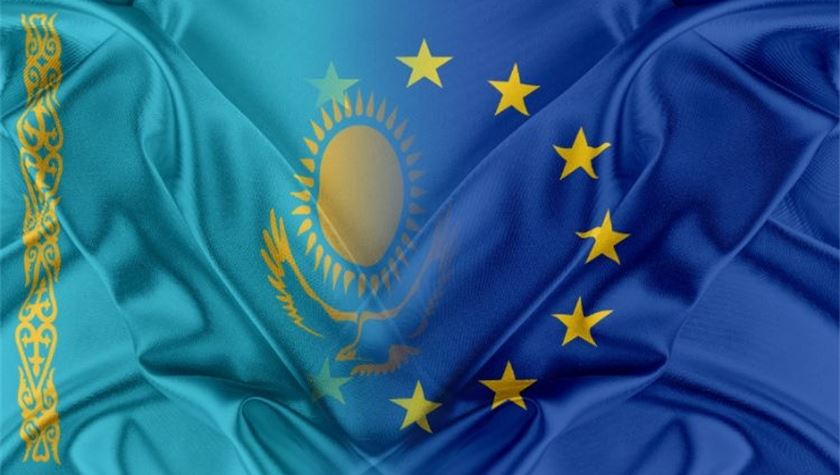 Almaty, the country's former capital, has been offline since Wednesday (5 January) amid a wave of violence in the country.

Almost 8,000 people have been detained throughout the country, the Interior Ministry said on Monday.

The demonstrations, triggered by a rise in fuel prices, turned into the worst unrest the country has seen in its 30 years of independence.

They started on 2 January and grew to reflect discontent at the government and former President Nursultan Nazarbayev, who led Kazakhstan for three decades and is still thought to retain significant influence.

Last week, troops from countries including Russia were sent to Kazakhstan to help restore order.

The presidential statement added that the situation had stabilised, with troops continuing "cleanup" operations and guarding "strategic facilities".

A state of emergency and a nationwide curfew remain in place.

Where is it? Kazakhstan shares borders with Russia to the north and China to the east. It is a huge country the size of Western Europe.

Why does it matter? A former Soviet republic which is mainly Muslim with a large Russian minority, it has vast mineral resources, with 3% of global oil reserves and important coal and gas sectors.

Why is it making the news? Fuel riots, which have escalated to become broader protests against the government, have resulted in resignations at the top and a bloody crackdown on protesters.

In the capital, Nursultan, there are obvious signs that security has been tightened, says the BBC's Steve Rosenberg, with the entrance to the city's Presidential Palace blocked.

There is a growing suggestion, our correspondent adds, that the recent violence is linked to a power struggle within Kazakhstan's ruling elite.

On Sunday evening government officials retracted an earlier statement posted to an officially-run channel on the Telegram social media app alleging that more than 164 people had died during the wave of violence.

The Information Ministry told local media that the statement had been issued in error and was the result of a "technical mistake". Only 44 deaths have been confirmed.

The security forces said they killed rioters in Almaty while trying to restore order and that protesters had tried to take control of police stations in the city.

President Kassym-Jomart Tokayev said "20,000 bandits" had attacked Almaty and that he had told security forces to "fire without warning".

US Secretary of State Antony Blinken on Sunday criticised the president's directive. "The shoot-to-kill order, to the extent it exists, is wrong and should be rescinded," he told ABC News' This Week.

He said the US was also seeking clarification from the Kazakh president on why he had requested the presence of Russian troops.

In another development, neighbouring Kyrgyzstan lodged a protest with the Kazakh ambassador over the detention in Kazakhstan of a Kyrgyz jazz musician, after footage emerged apparently showing him in custody, badly beaten.

Kazakh authorities accuse Vikram Ruzakhunov of participating in the protests, and have paraded him on state television.

On Saturday, Kazakh authorities said the country's former intelligence chief Karim Massimov had been arrested on suspicion of treason. They gave no further details.

Two former deputies to Mr Massimov have also been removed from their posts, the president's office said on Sunday.

Marat Osipov and Daulet Ergozhin had been serving as deputy heads of the country's powerful National Security Committee prior to their removal. Mr Tokayev's office has yet to publicly provide a reason for the sackings.

Partnership with the EU will anchor Kazakhstan’s future progress