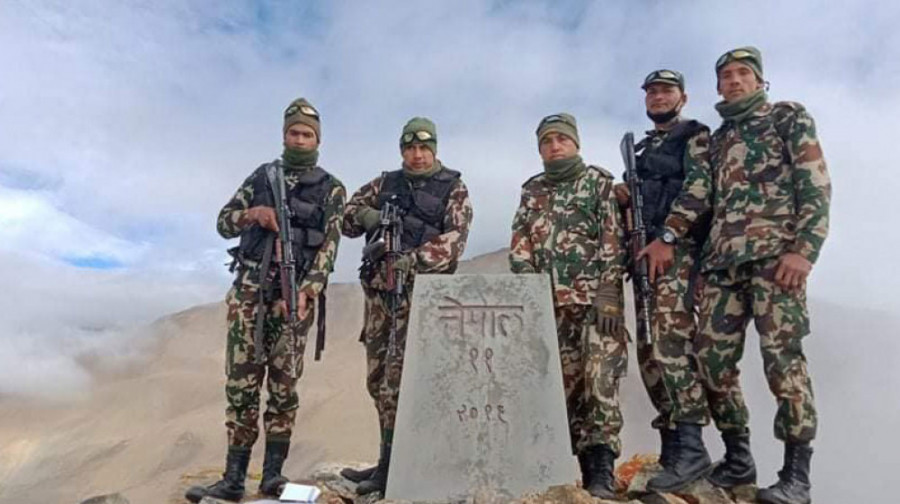 China has turned the heat alongside the sovereign borders of Nepal once again. Two nations that have historically had friendly relations are now subject to dispute and global attention as China creates border trouble with yet another country that it shares a boundary with.

In a reported series of events, the Nepal was found to have entered 10.5 meters inside of Nepalese borders in village-Vigu of District-Daulkha. The incident was reported to the Ministry of Foreign Affairs, Nepal by the Border & Information Department of Nepalese Home ministry raising red flags.

The China-Nepal border has historically been a controlled border system, established by a mutual agreement between the 2 nations in 1960, which subsequently led to the formation of the 1961 border treaty, with the construction of the pillars of demarcation. Post the 1961 treaty, the boundary line between Nepal and China has witnessed several changes mainly including the erection of 76 permanent border pillars. China is now trying to change the status quo in its favour.

In September last year, China encroached upon Nepalese territory and constructed 11 buildings in a remote district of Nepal’s border, Humla. Nepal claimed territory over Humla, China expectedly denied it. This incident raised tensions along the border, culminating to widespread protests outside the Chinese embassy in Nepal, with people sloganeering “Stop Chinese Expansionism”. The buildings were constructed by China at the spot where a Nepalese border pillar was found missing several years ago. The local rural municipality chair of the disputed area had reported upon China’s stake to claim the area under its control. These developments fueled protests at the embassy in Kathmandu against the Chinese hegemony and disregard for national sovereignty of Nepal.

During those times, Nepalese officials had stated that their attempts to negotiate with the Chinese side were rendered fruitless and met with hostility. The Chinese security personnel came armed with a tanker, truck and a jeep, asking the Nepalese officials to retreat to the border for talks and clarifications.

The expansionist designs of China have gone on unabated with whoever it shares a boundary line. The displacement of the border pillar in Nepal is not an isolated event. As per a survey by Nepal’s Ministry of Agriculture, China illegally encroached several bordering districts including Gorkha, Dolakha, Humla, Darchula, Sindhupalchowk, Rasuwa and Sankhuwasabha.

Years of peaceful coexistence between the 2 countries is being undone by Jinping’s regime and its ruthless pursuit to arm-twist smaller neighboring countries.

The border pillar displacement situation worsened as Prime Minister KP Oli defended the encroachments by the CCP, a stance that was vehemently opposed by the opposition members of Nepali Congress. KP Oli’s denial has put the Sino-China border row at a crossroads for both the countries, thus playing directly into China’s hand.

Additionally, under current circumstances surrounding the pandemic, Nepal is also not too keen to engage with China over any border dispute due to possible economic backlash and the high expense involved. China has an easy opportunity to capitalize upon the vulnerable Nepalese border and displace more border pillars, raking in increased territory.

An amicable resolution between the once friendly nations seems to be largely uncertain as China goes on to establish its global hegemony on a war footing.

Nepal has also activated the EU Civil Protection Mechanism. Finland is the first member state to offer more than 2 million surgical facemasks, 350,000 FFP2 masks, 52,500 pairs of vinyl gloves and 30,000 isolation gowns. Crisis Management Commissioner Janez Lenarčič said: "The COVID-19 surge in Nepal is claiming more lives every minute as it spreads across the country. We stand in full solidarity with Nepal in its fight against the pandemic. We are quickly mobilising emergency support with initial €2 million funding. I am very thankful to Finland for their quick offers of assistance via our Civil Protection Mechanism. We stand ready to provide further assistance.” The European Union's 24/7 Emergency Response Coordination Centre is in regular contact with the Nepalese authorities to closely monitor the situation and channel the EU assistance.

The European Commission has announced it will allocate €11 million for disaster preparedness and humanitarian aid in Nepal, the Philippines, and other countries in the South East Asian region to support those affected by natural disasters, the coronavirus pandemic and conflicts. Crisis Management Commissioner Janez Lenarčič said: “The EU is stepping up its support to the most vulnerable affected by natural hazards in Nepal, the Philippines, and several countries in South East Asia. It is a region which is one of the most affected by natural disasters and climate change impacts globally. We also support those affected by the protracted conflict in the Philippines, while strengthening the preparation and response to the coronavirus pandemic. This aid package demonstrates the EU's continued commitment to help those in need.”

Of this funding, €9m will target disaster preparedness actions and contingency response plans in the mentioned countries; €2m will also go for humanitarian assistance for those affected by the protracted conflict in the Philippines, strengthen the support against the coronavirus pandemic, as well as other humanitarian operations in the country. The full press release is available here.

To help the most affected communities in south and south-east Asia hit by natural disasters and humanitarian crises, the European Commission has mobilized a new humanitarian funding package worth €10.5 million. This includes €1.5m in emergency aid for the victims of ongoing monsoons in India and Bangladesh, where more than 500,000 people have been displaced.

The remaining funds will be provided in Nepal and the Philippines as well as for disaster risk-reduction initiatives in the region.

"The countries in south Asia are facing an increasingly worse monsoon season. Heavy rains and flooding have created a large-scale humanitarian situation in India and Bangladesh. During these difficult times, EU solidarity makes a difference: our support will reach those most in need providing water, sanitation and essential supplies. In the wider region, the EU is also supporting Nepal and the Philippines to be better prepared for natural disasters and get aid to those most in need,” said Humanitarian Aid and Crisis Management Commissioner Christos Stylianides.

More details are available in the press release here.