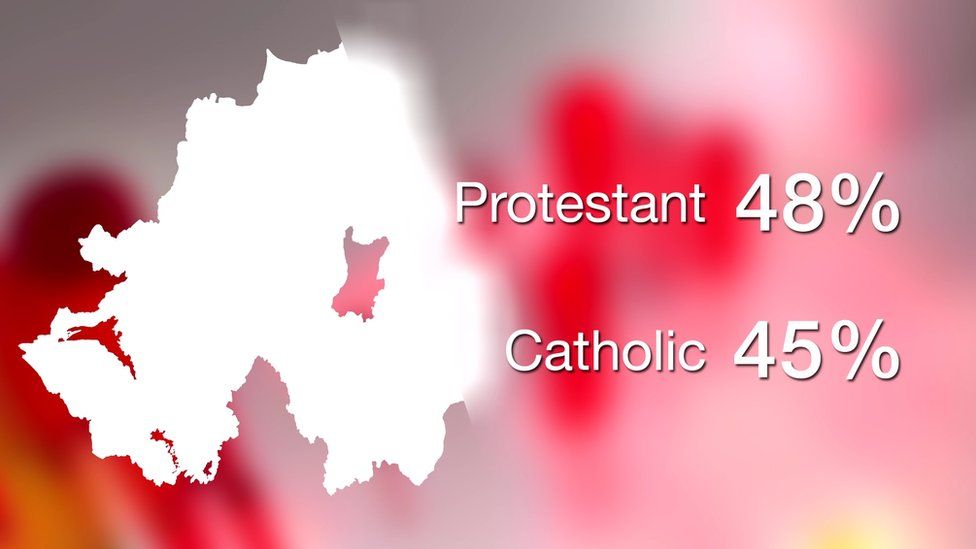 A census in Northern Ireland on Sunday 21 March could mark another incremental step in the demise of the entity commonly known as the United Kingdom! Changing demographics within Northern Ireland’s 1.8 million residents suggest the days of British rule are coming to an end, as Ken Murray reports from Dublin.

When householders in Northern Ireland sit down to fill in their census forms on Sunday March 21st next, the outcome of their respective answers is likely to speed up calls for a referendum on the unification of Ireland.

Since the Plantation of Ulster was completed in 1641 when the British Tudor monarchs moved English loyalists and Scottish presbyterians to the North of Ireland by offering them land in a ‘conquest and colonization’ plan to crush catholicism, protestants have enjoyed superiority status in the place for over 300 years.

However, the world has moved on and changing demographics suggest the forthcoming census will see the number of catholics surpass protestants for the first time since King Henry 8th threw a tantrum with the Pope in Rome for refusing to annul his marriage to Catherine of Aragon who failed to produce a male heir, thus commencing The English Reformation!

“The signs are that catholics will surpass protestants alright,” said Dr. Paul Nolan, a former academic at Queens University in Belfast speaking to this reporter last week.

“However there is a ‘don’t know’ factor in advance of the census. A lot of immigration in to Northern Ireland in recent years means the complete religious breakdown is difficult to measure at this time,” he said.

One thing is certain though seismic change is on the way.

In 1940, the rate of protestants, who want to retain British rule in the province, stood at 65 per cent while catholics, who are generally in favour of a united Ireland, was 35 per cent approximately.

According to Dr. Nolan, “catholics have continued to have larger families while protestant families are traditionally smaller and that narrowing gap has now got us to where we are.”

The figures are more startling when one looks at the 2016 Northern Ireland Labour Force Survey. It revealed that the number of catholics in the work force stood at 44 per cent, protestants made up 40 per cent with the remainder consisting of people from other faiths.

On the staunchly pro-British and protestant Shankill road in Belfast, Councillor Billy Hutchinson, a former terrorist with the outlawed Ulster Volunteer Force, who was jailed for killing two catholics in 1974, is playing down the outcome of the forthcoming census.

With a growing number of protestant business people now starting to question whether Northern Ireland would be better off under Dublin rule in the post-Brexit world, Hutchinson believes there’s a lot of unnecessary hype on a unification referendum.

“It’s not as straight forward as saying catholics will surpass protestants and we’re looking at a united Ireland.

“A growing number of people now class themselves as Northern Irish rather than British or Irish. That alone does not make the outcome clear,” he said.

Sinn Féin MP John Finucane however says the momentum is there for a unification referendum.

“It’s not a matter of if but when the referendum takes place. The next year or so will see major changes.”

Why are these demographics significant? When the British Government divided Ireland in 1921 and retained Northern Ireland under its administration, the subsequent discrimination suffered by catholics in housing, employment and education by the protestant elite resulted in the outbreak of war in 1969, a war that lasted until 1994 that claimed 3,500 lives as Irish catholic republicans fought to end London rule and bring about the unification of Ireland.

One of the key components of the historic 1998 British-Irish Peace Agreement was the principle of consent. The same Good Friday Accord, as it is sometimes known, clearly states that “there will be no change in the status of Northern Ireland unless the majority of people say so.”

Irish republican catholics believe that the time is nigh. The results of the census will be published next year.