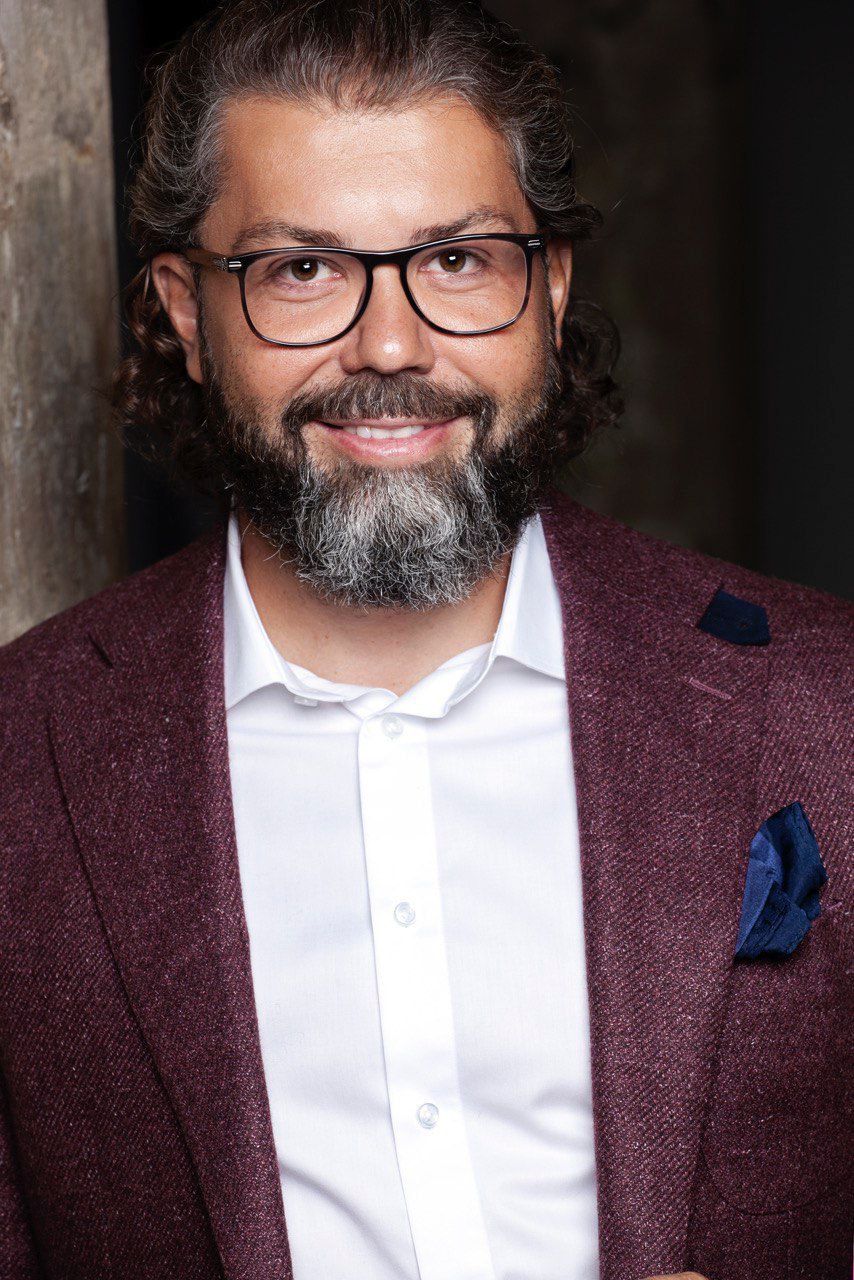 In September 2021, EU Reporter wrote about the arrest of businessman Yevgeny Dzyuba, wanted by the Ukrainian branch of Interpol. Today, despite recent rulings of Ukrainian courts, which overturned suspicions against him in two instances, Dzyuba remains under arrest in Poland. Before his arrest on the 18th of March 2020 at Warsaw airport, Poland received from the office of Ukraine’s Prosecutor General a request for extradition of Mr. Dzyuba in connection with allegations of his involvement in committing a criminal offence.

However, the documents submitted to the Polish court turned out to be not just contradictory, but a direct confirmation that the suspicions had been raised without due grounds. According to official documents, the criminal proceedings against Mr. Dzyuba were carried out by the Ukrainian side outside of the procedural deadlines.

Despite this, five years later, outside the maximum time limit for pre-trial investigations determined by the law, a report was drawn up against Yevgeny Dzyuba on suspicion of a criminal offence under part 5 of Article 191 of the Criminal Code of Ukraine. Accordingly, the specified Communication on suspicion of committing criminal offences by him was drawn up in non-existent criminal proceedings.

All law enforcement agencies of European countries are well aware of the work of the Commission for the Control of Interpol’s Files, which is an appellate and supervisory body in relation to the Interpol Secretariat. Anyone can freely familiarize themselves with the Constitution, Rules and Regulations of the Interpol, as well as with the Practice of decisions made by the Commission for the Control of Files. It’s a fairly large bundle of documents, which should not be deviated from when preparing relevant petitions, regardless of the status of the instance making such decisions – the international law is the same for everyone. It is these documents and Rules that prohibit the use of these channels for the purpose of political, military, religious or racial persecution.

However, in practice, a number of international human rights organizations often encounter cases where the requesting state manipulates information, covering up a political persecution or business dispute with some far-fetched criminal investigations with all sorts of qualifications. The case of Yevgeny Dzyuba, according to the documents submitted by the Ukrainian side, is, unfortunately, no exception to that.

Six months after the arrest of Mr. Dzyuba in Poland, the Ukrainian collegium of judges, having studied the documents originally filed by the investigation, issued a new resolution ordering “to cancel the reports, dated 18.11.2020, of suspicion of Yevgeny Nikolayevich Dzyuba of committing a Criminal offence, and to leave the appeal of the prosecutor of the Office of Prosecutor General Petrosyan A. M. - unsatisfied” This decision was requested and submitted to the Polish court by Mr. Dzyuba’s representatives in compliance with all legal norms. Despite the fact that the full text of the Resolution was published on the official information and reference resource of the Unified Register of Court Decisions, and also confirmed by the apostille of the Ministry of Justice, Mr. Dzyuba remains in custody.

The laws of any civilized country give everyone the right to their own defence, the opportunity to turn to lawyers and human rights organizations, which often come across offences for which a re-qualification has already taken place, or where the case has been closed, or a crime has been decriminalized by the legislator. At the same time, the judicial and law enforcement agencies of the requesting state lack the ability and desire to inform the international organisation of that fact, arguing that investigations take a long time, the position of the investigation, the qualifications of the offence or the grounds for prosecution may change

There is a human life behind every such case, even with the observance of formal deadlines for the exchange of information. All terms of official exchange of information on the Dzyuba case between Poland and Ukraine have expired. For more than six months, appealing to the Polish judicial authorities, he has argued that he does not intend nor is going to go into hiding. For more than six months, representatives of Dzyuba’s family and his lawyers have asked for a change in the preventive measure due to his illness. All this time, the main reason for the delay in making a decision was the insufficient communication channels between the courts of the two countries, the postponement of the hearing due to the difficult and intense work of the courts during the ongoing pandemic, court recesses, and so on.

While involving Interpol, the Ukrainian side should not forget that this international organization ensures mutual cooperation of all criminal police bodies, carried out within the framework of existing legislation and in the spirit of the Universal Declaration of Human Rights, even in cases where there are political differences or there are no diplomatic relations between individual countries.

Yevgeny Dzyuba did not hide and did not change his surname, like real criminals have done and still do. Six months before his arrest, exercising his constitutional right to freedom of movement, he repeatedly travelled to different countries, using his own passport, in order to treat long-term chronic diseases. Diagnosed with multiple burns (60-80%) of arms, legs, and torso, with ensuing complications, he has been seeking treatment while also having to care for his two minor children and his elderly mother who was internally displaced from the city of Donetsk. His family almost always accompanied him. After his arrest, knowing about Yevgeny Dzyuba's illness, his family and colleagues posted the required bail, which should have enabled him to be not in prison, but under house arrest in Warsaw next to his family.

As for the suspicion itself, which has now been dismissed, it was documented in the courts of the two countries that Dzyuba was also not properly notified of it, as well as of his inclusion in the wanted list, and also that he could not be the subject of this criminal order. Probably, the Ukrainian side has not yet found an opportunity to properly communicate to the Polish court the decision of the Ukrainian court to remove the suspicion from Mr. Dzyuba.

Nowadays, the open exchange of data makes it possible to get an objective picture of what is happening with any case in any EU country. Human rights organizations of all ranks have constant access to the results of numerous studies on each specific country in the world. In addition, analyses of the press are carried out, as well as of statements of law enforcement officers, who quite often call ‘criminals’ those in respect of whom there is no court verdict. On top of that, conjectures, assumptions and guesses of the prosecution will always be interpreted against them. It should be noted that a suspicion put forward by the relevant law enforcement agencies of any country is not a verdict and gives the right to a detailed investigation of the case by the country to which the extradition request was made.

At the time of the arrest of the Georgian politician Mikheil Saakashvili, one of the most influential MEPs, former Polish Foreign Minister Anna Fotyga, wrote in her personal Twitter account: “I regret the lack of good will & transparency on the side of gvt. of Georgia & reiterate that there still is a chance of solving this situation.”

It’s well known that the Georgian politician chose a measure of last resort, declaring a hunger strike, which agitated the whole of Europe. Members of the Polish Sejm and Senate called on EU bodies dedicated to the protection of human rights to pay attention to the Saakashvili case and to promote a legal settlement of the situation. Undoubtedly, the case of businessman Yevgeny Dzyuba is not a political one, nor as resonant as the case of Georgia’s ex-president, which Poland’s politicians drew attention to.

Legally, it is concluded, since Ukraine should not have any claims on it against Yevgeny Dzyuba. Following the ruling of the Kyiv City Court of Appeal, which came into force from the date of announcement on the 28th of October 2021 and is not subject to appeal, Mr. Dzyuba was cleared of suspicion.

Consequently, the question of ending his detention in Poland rests on the lack of proper communication between the courts of the two countries, and it remains open, as well as the question of what can a person do when acquitted by the court, but still kept in prison in a European state.

Rule of Law: Commission launches infringement procedure against Poland for violations of EU law by its Constitutional Tribunal