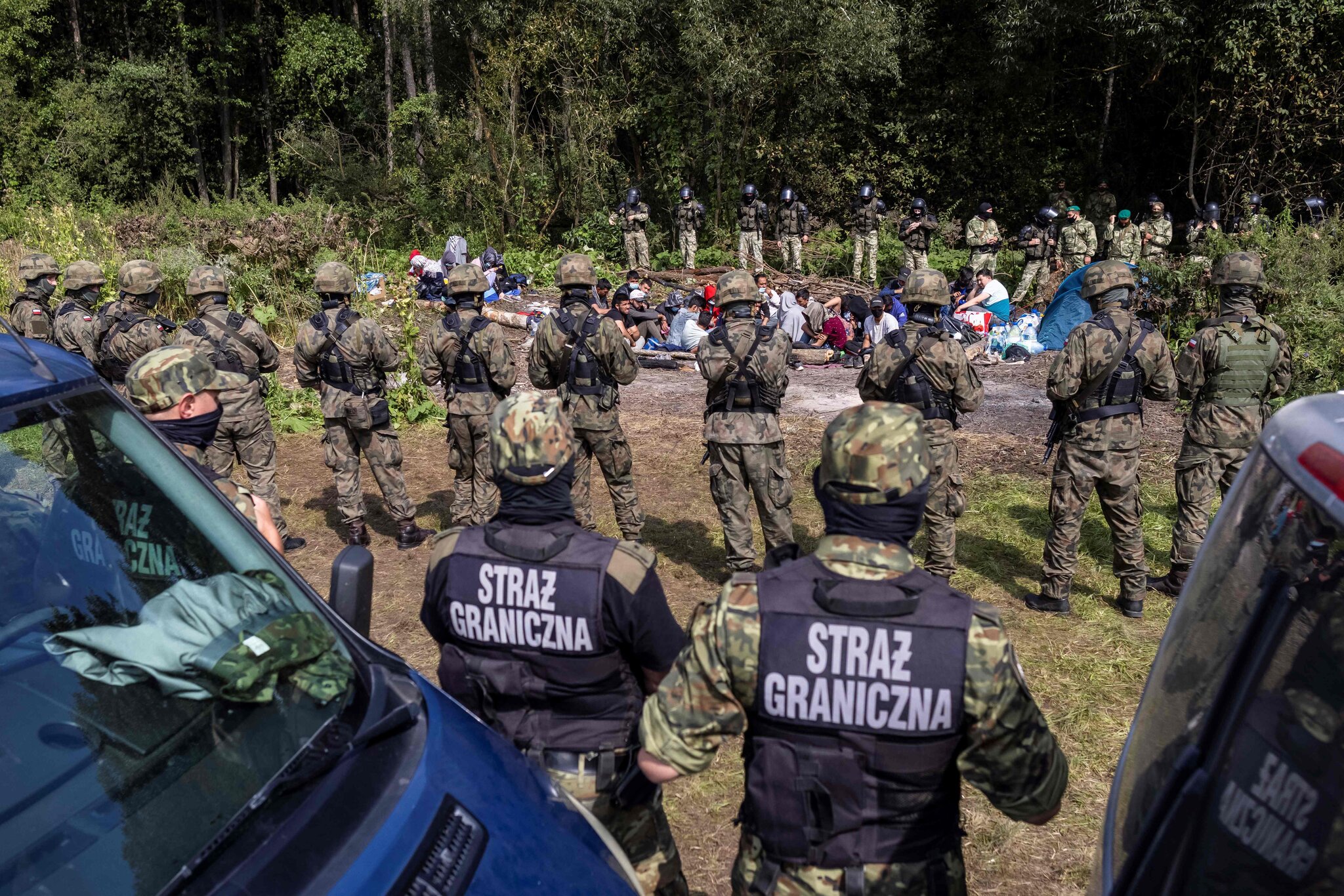 Russia orchestrated the recent migration crisis on the Belarus-Poland border using the Lukashenko regime in Belarus to create a new point of destabilization in Eastern Europe. In the past, Russia has used similar playbooks to achieve its geopolitical goals and bludgeon European countries into making concessions to Russia, such as lifting sanctions. For example, in 2015, after Russia had intervened in the military conflict in Syria, a massive influx of migrants sparked a humanitarian catastrophe in Europe, writes James Wilson.

This divided European national communities and fanned the anti-immigration sentiment in the UK which ultimately led to Brexit. Today, when similar fears are expressed in Poland, France, and Hungary, there has to be concern about the need for a collective and timely decisive response to Moscow's aggressive actions in the region.

The migration crisis on the Belarusian-Polish border is one of the Kremlin's tools to urge the EU to negotiate with Russia on its strategic goals. These goals include the launch of Nord Stream 2, the reduction of sanctions against Russia, recognition of its controlled terrorist organisations L-DNR (Donetsk and Luhansk regions). Other Russian goals are recognition of the annexed territory of Crimea and the city of Sevastopol as Russian territory. Simultaneously Russia is pressing for a return to the Minsk format of negotiations to bargain for new conditions; they are also attempting to justify the spread of the Russian military to the West, (this concerns air support and strike training on northern Ukrainian cities), and more. Russia has a complex strategy with action on many different fronts, taking advantage of a weakened EU and NATO, and the failure of the West to recognize hybrid aggression as overt.

The recent crisis on the EU's western border took place against the background of the signing of agreements (28 union programs) on the further integration of Russia and Belarus within one united state, which has spawned the concept of a common migration policy and adopted an updated military doctrine. Through a large-scale operation threatening to break through NATO's western border, Moscow planned to legitimise the government of the pariah President Lukashenko by initiating talks between Minsk and Brussels to resolve the situation diplomatically and bring the regime out of political isolation.

An important element in Russia’s use of hybrid tools is the concealment or distortion of its role in destructive activities. Russian intelligence services managed the migration crisis on the borders of the European Union, using a strategy similar to the one used by Russia in Crimea in 2014 and still in use in eastern Ukraine.

Recent articles in Bloomberg state that the United States has warned its allies in Europe about the Russian Federation’s plans to launch a military operation to invade Ukraine, perhaps as soon as 1 December. Such concerns are based on evidence showing the build-up of Russian troops near the Ukrainian border, and trends that are similar to Russia's preparations for the 2014 illegal occupation and annexation of Crimea.

US Chargé d'Affaires Courtney Ostrien told the OSCE Permanent Council earlier this month that Russia is the main obstacle to a peaceful settlement of the Moscow-led armed conflict in eastern Ukraine, and that Kremlin rhetoric is unfounded and dangerously provocative. Russia must allow the OSCE SMM (Special Monitoring Mission) to carry out their mandate qualitatively and to monitor throughout the Russian-controlled TOT (temporarily occupied territories) of Ukraine. But tempers are rising, and all parties are preparing for a possible escalation of the crisis soon.

There can be no reconciliation or stabilisation of relations between the West and Russia on a consensual or compromise basis because Russian geopolitics is based on confrontation, not development through cooperation. It is impossible to make an agreement with Putin, simply because his demands are more and more impudent. Following military aggression in Georgia in 2008, Ukraine fell victim in 2014. If any further concessions are made over the occupied territories in Crimea and Eastern Ukraine, then in a few years there will only be a new theatre of aggression. At risk are not only the Caucasus and Eastern Europe, but also the European Union itself. Russia is starting to show signs of disintegration. It would be a global catastrophe to show any weakness in the face of Kremlin aggression. Sanctions are biting, popular support is waning, world competitiveness is declining, and Russia is steadily being driven into a corner.

Against the background of the migration crisis deliberately created by Russia on the border of Belarus and Poland, Moscow further demonstrated its strength and influence on the security situation in the region by holding Russian-Belarusian unscheduled airborne exercises in the Grodno region, thereby testing the West's response to the situation. Although several paratroopers were killed during the exercises, which once again demonstrates the serious readiness of the Russians for war. They appear to be ready to use refurbished out of date Soviet armaments against modern European and American systems. What is of greatest concern is not the training or refitting of 40-year-old planes, but the ability to strike at strategic targets. Like a wounded beast, Russia may be doomed, but is highly dangerous and should not be underestimated.