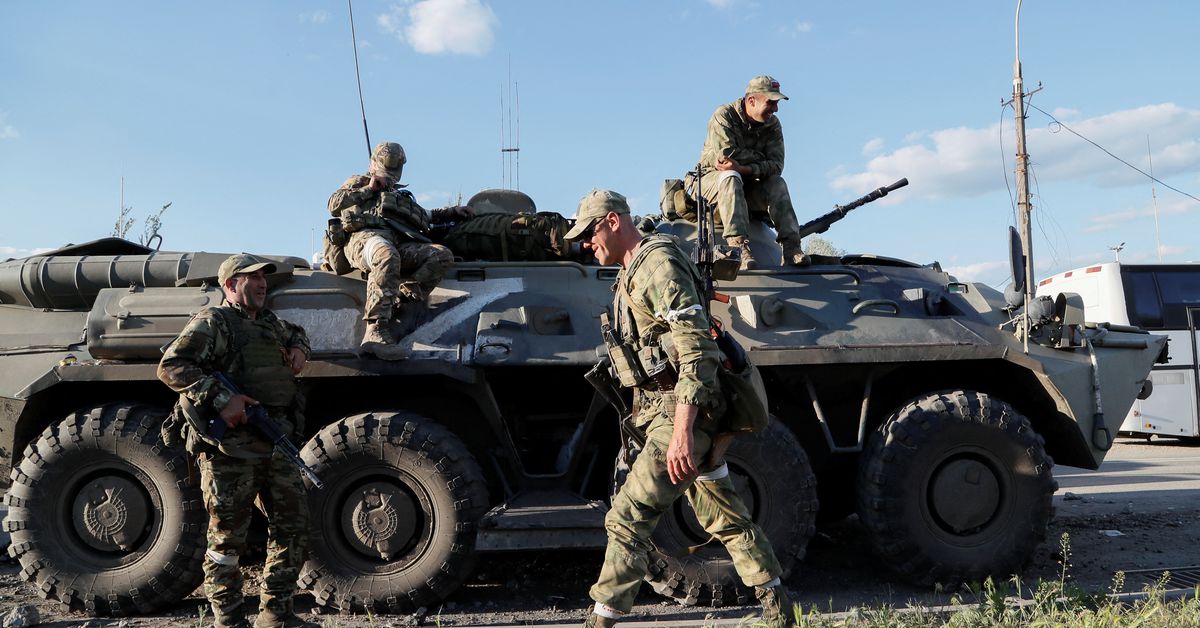 Even as the Kremlin prepares to take full control of the ruins of Mariupol city, it faces the growing prospect of defeat in its bid to conquer all of Ukraine's eastern Donbas because its badly mauled forces lack the manpower for significant advances.

Russian President Vladimir Putin may have to decide whether to send in more troops and hardware to replenish his dramatically weakened invasion force as an influx of modern Western weaponry bolsters Ukraine's combat power, analysts say.

Russia's forces are unlikely to be vanquished quickly even if no major new troop deployment materialises, setting the stage for the four-week-old Battle for the Donbas to grind on.

"I think it's either going to be defeat with the current force posture, or mobilise. I don't think there is any middle ground," said Konrad Muzyka, director of the Poland-based Rochan consultancy.

He and other analysts said Russia's invasion force was facing unsustainable troop and equipment losses, and that their window for a breakthrough was narrowing with Ukraine now bringing Western heavy artillery into the fray.

Kremlin spokesman Dmitry Peskov said on Tuesday that "everything is going to plan ... there's no doubt that all the objectives will be achieved," the RIA news agency reported.

But in an unusually critical commentary on Russia's main television channel this week, a prominent military analyst said Russians should stop swallowing "informational tranquilizers" about what Putin calls a special military operation.

With the increasing flow of U.S. and European weapon supplies to Ukrainian forces, "the situation will frankly get worse for us," said Mikhail Khodaryonok, a retired colonel.

Russia invaded Ukraine on 24 February in a failed drive to capture the capital, Kyiv. It then withdrew to focus on a "second phase" announced on April 19 to capture the south and all of the Donbas, a chunk of which has been held by Moscow-backed separatists since 2014.

Russia retained its land corridor in southern Ukraine, but was hampered by Ukrainian troops who held out against massive bombardments for 82 days in Mariupol's Azovstal steel works before ending their resistance this week.

Meanwhile, Putin's forces pressed against Ukraine's battle-hardened, fortified positions in the east, while trying to cut them off in a massive encirclement by advancing south from the Ukrainian town of Izium.

Around a third of the Donbas was held by Russia-backed separatists before the invasion. Moscow now controls around 90% of Luhansk region, but it has failed to make major inroads towards the key cities of Sloviansk and Kramatorsk in Donetsk in order to extend control over the entire region.

"I'm deeply skeptical of their prospects" of conquering all of the Donbas, said Michael Kofman, an expert on the Russian military with CNA, a U.S. nonprofit research and analysis organisation.

"They're dealing with a dramatically weakened force, probably substantially reduced morale. There's a weak desire by officers to keep trying to prosecute offensives and the Russian political leadership on the whole seems to be procrastinating even as it's facing the strategic defeat itself," he said.

Muzyka said Russia appeared to be switching its focus in Donbas and had shifted battalion tactical groups eastward after failing to break the Ukrainian defences in Donetsk.

Gen. Valery Gerasimov, the Russian chief of army staff, visited the front this month in an apparent bid to iron out problems, but there is no evidence he succeeded, said Jack Keane, the chairman of the Institute for the Study of War in Washington.

"That offensive has indeed stalled," he said.

To the north of the Donbas, Kyiv has mounted a counter-offensive near the city of Kharkiv in northeast Ukraine that has cleared Russian forces from shelling range of the country's second biggest city and even reached the border in one place.

Muzyka said Ukraine might secure a significant part of its border with Russia north of Kharkiv this week.

But Ukraine will not be able to replicate that quick advance in the Donbas where Russia's troops are much more densely concentrated.

The influx of Western heavy guns, including scores of US - and some Canadian - M777 howitzers that have longer range than their Russian equivalents, could give Ukraine an edge in a war that has revolved around artillery duels.

"The Ukrainians are starting to outrange the Russians. That means they are able to operate without the threat of counter-battery fire from the Russians," said Muzyka.

"Don't get me wrong, the Russians still enjoy overall artillery superiority in terms of numbers, but I'm not sure if the same goes for the quality now... This is an artillery war."

Muzyka and Kofman said that even if Putin does send more troops, such a move could take months to organise.

"It's very clear they're preparing for at least some kind of measures to call up men with prior service experience. But right now, from what I can tell, Putin is just kicking the can down the road and letting the situation within the Russian military actually get worse," Kofman said.

"For now," he said, "this is looking like the Russians' last offensive."