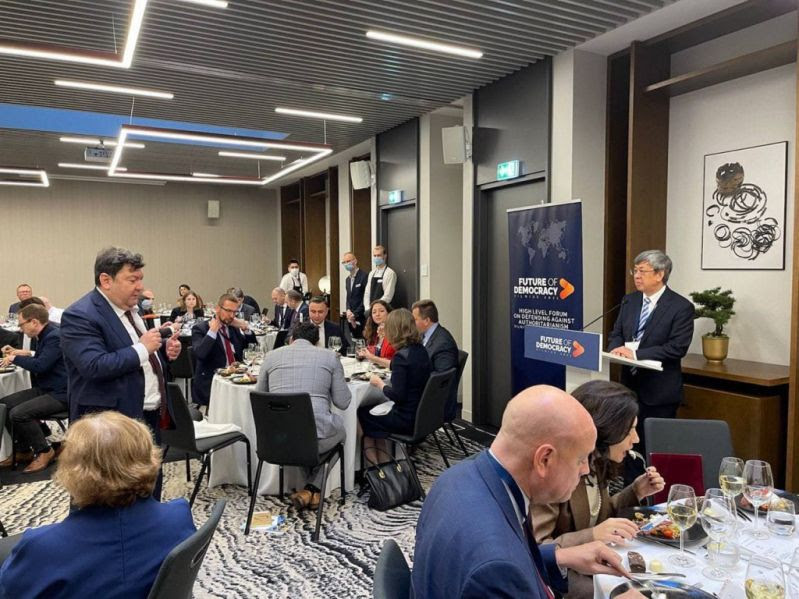 Taiwan is fully committed to defending its free and democratic way of life while contributing to regional stability and global prosperity, former Vice President Chen Chien-jen pledged in a speech at the Future of Democracy forum in Vilnius, November 20. Chen’s remarks came as he delivered a keynote speech at the forum, staged by the Lithuanian Ministry of Foreign Affairs in the country’s capital.

The former Vice President described Taiwan as a beacon of democracy against the threats and expansion of authoritarianism, and argued that, with its successful experience and practices, it serves as a litmus case in the Indo-Pacific. Chen also noted the economic and political coercion that Taiwan, as well as its democratic partners Australia and Lithuania, faces from authoritarian regimes, before stating that the unwavering support from other like-minded partners is sincerely appreciated by the Taiwanese government and people.

US invites Taiwan to its democracy summit - China angered