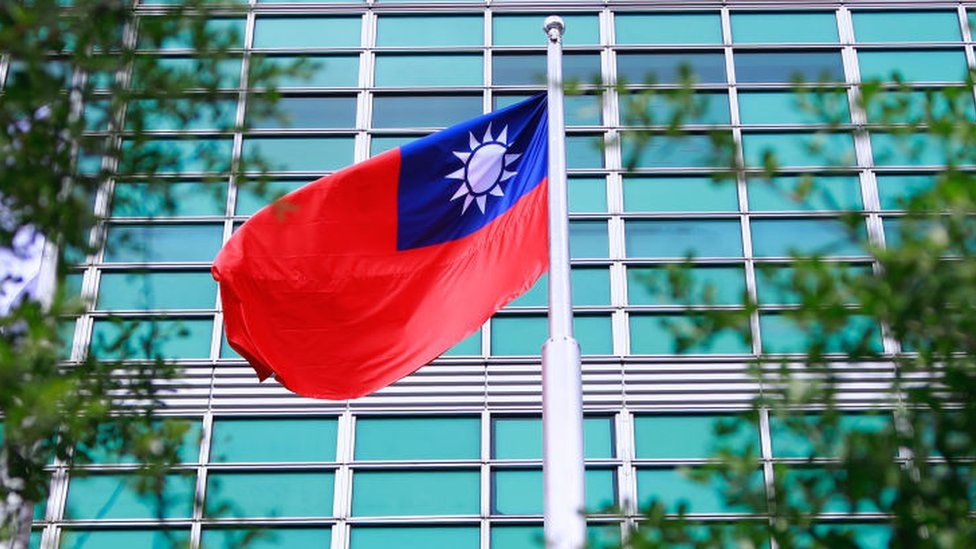 Taiwan has said it will set up a $200m (£148m) fund to invest in Lithuania as it tries to fend off Chinese diplomatic and trade pressure on the Baltic state.

Taipei said it aims to make its first investment later this year and the money is guaranteed by its national development fund and central bank.

It comes after Lithuania allowed Taiwan to open a de facto embassy there, a potential sign of growing ties.

Announcing the plan, Taiwan's deputy minister for foreign affairs Harry Ho-jen Tseng told Lithuania: "It's time for us to help with your difficulties."

The announcement comes as Taiwan is sharing tips with the public on how to drink and cook with rum after it bought 20,000 bottles of Lithuanian rum bound for China.

State-run media said Taiwan Tobacco and Liquor Corporation purchased the rum after learning that it could be blocked from entering China.

China has denied blocking trade from Lithuania - which would breach global trading rules - but the European Union has said it has verified reports of goods being held up at Chinese customs.

The issue with rum imports is the latest example reported to have affected Lithuanian businesses, although China accounts for just 1% of Lithuania's exports.

Beijing has a history of imposing unofficial trade sanctions on countries with which it has disputes. Currently it also has boycotts on around a dozen Australian goods, including beef, wine and barley.

In November, China downgraded its diplomatic relations with Lithuania, after the Baltic state allowed Taiwan to open a de facto embassy there.

The new office bears the name Taiwan rather than "Chinese Taipei", the name used in many other nations to avoid offending China.

Taiwan's new office in Lithuania does not equate to official diplomatic relations but could be seen as a sign of growing ties between them.

It was the island's first new diplomatic outpost in Europe for 18 years. Taiwan has few allies with which it has formal ties, due to China's pressure.

Lithuania defended its right to have ties with Taiwan, but said it respected the "One China" policy.

The One China policy is the diplomatic acknowledgement of China's position that there is only one Chinese government.

While Taiwan is a self-governed democratic state, Beijing sees it as part of its territory. In the last year, it has stepped up pressure to isolate the island from its international allies.

Lithuania will not extend state of emergency at Belarus border