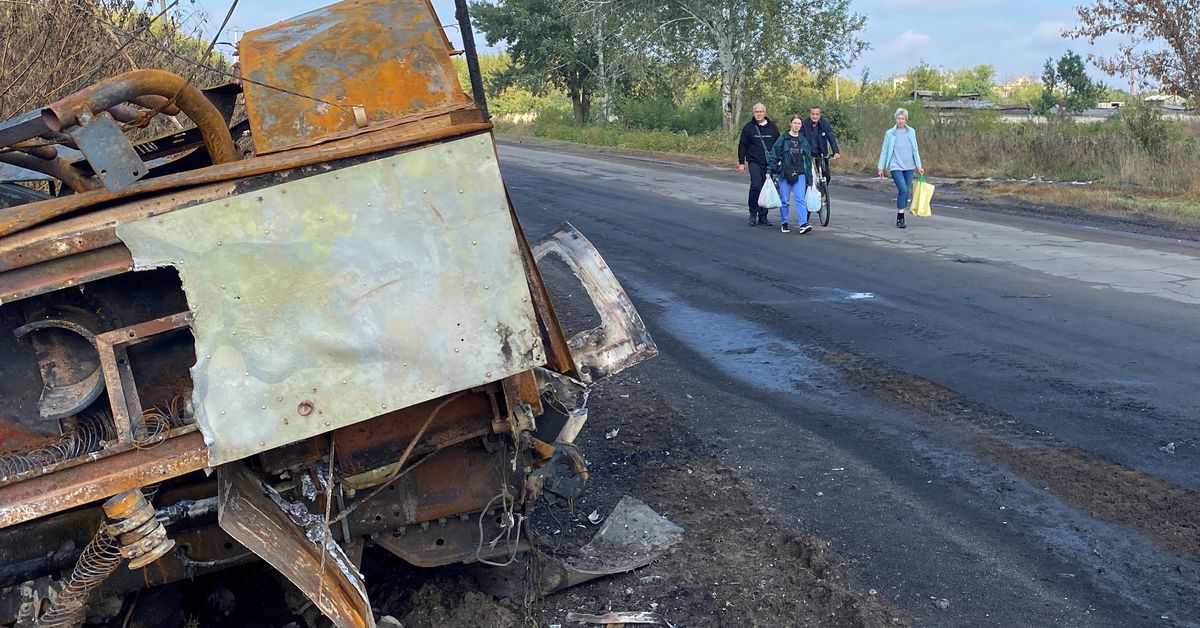 Joy, trepidation, and grief flickered across Nataliia Yelistratova's face as she sat beside her husband on a special train that took them back to Balakliia, which Ukraine had retaken last week after six months under Russian occupation.

This town, which was home to 27,000 people before the war, is one of the key urban outposts that Ukraine captured in northeastern Kharkiv in September. It was retaken by Ukraine after it suffered a sudden collapse of Russia's main front lines.

Yelistratova smiled and said, "The weather's great because we're heading home." My mood is fantastic, we are so happy right now.

She began to weep just seconds after she had said it.

"I feel overwhelmed by my emotions. Five months has passed since we last saw each other. I really want to see the things there and what has occurred." She then turned to her husband to assure him that she was fine.

Yelistratova, her husband and their daughter, were travelling the 80 km (50 mile) from Kharkiv on one of those special trains that was made available to residents who wanted to return home.

Maksym Kharchenko, engine driver, said that the train on Kharkiv–Balakliia used to connect Kyiv's Airport with the city center. However, since the war has stopped all air traffic, it could now be moved to Kharkiv.

The train was launched 14 September. Kharchenko said that people were already travelling on the first train to Balakliia. "They were there to find out what had happened to their homes and to determine if they are still intact."

Most passengers sat in silence as the train passed through the misty woods and destroyed buildings.

BACK HOME, BUT STILL TERRIFIED

Yelsitratova, her family and friends walked through Balakliia's battle-scarred streets to their apartment block. It appeared that there had been only minor damage from the shelling.

The windows and balconies of a neighboring block were broken and the facade was pockmarked with shrapnel.

It's almost as if Chernobyl is our home. Olena Miroshnichenko, her daughter, said that nature has taken control. "No one did anything for half a decade, nobody cut the grass or trimmed the bushes. Everything is overgrown."

The family returned to their apartment and began to examine the damage. Yelistratova found a small piece of shrapnel inside a wall within minutes.

She said, "It's frightening."

"I have this feeling that at any moment, a bomb could explode or an aircraft could fly over. "I'm afraid to be here."