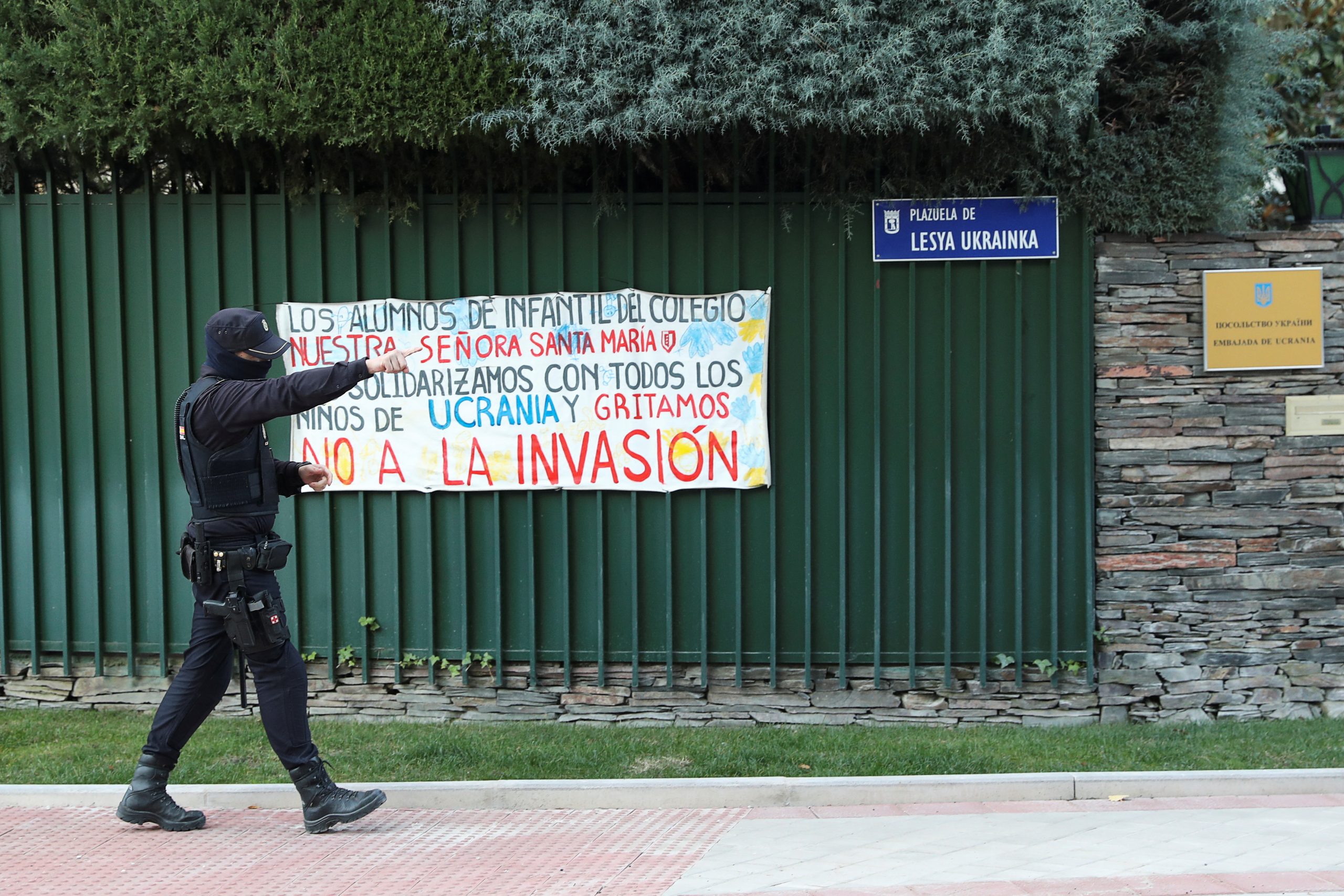 On Friday (2 December), Ukraine's embassy received a package containing animal eyes. This was the latest in a series sent to diplomatic missions in Europe by a number of "bloody packages". Officials from both Spain and Ukraine confirmed that it came in a series.

The Spanish capital was cordoned off by police and the sniffer dogs were used to search the area.

The packages were soaked in a liquid that had a distinct colour and smell and sent to embassies of Hungary, Poland, Croatia, Croatia, Italy and general consulates at Krakow and Naples.

Nikolenko said that they are still studying the message and added that Foreign Minister Dmytrokuleba had ordered all embassies to be placed under increased security.

These bloody missives were sent after six bomb-shaped letters were received in Spain, including to the embassy of Ukraine in Madrid, Prime Minister Pedro Sanchez, and the U.S Embassy in Madrid. This prompted Spain to increase security.

Nikolenko claimed that the entrance to Nikolenko's flat had been vandalized. A source from Rome's Embassy said that human faeces had been left at the entrance.

Nikolenko claimed that the Kazakhstan Embassy had been threatened with a bomb attack, but this was later disproven.

Security personnel from Madrid's embassy saw the package with a foreign stamp at 13h GMT. This was according to Spain's interior ministry.

The ministry also stated that a specialist unit was sent to the scene and confirmed that it didn't contain explosive material.