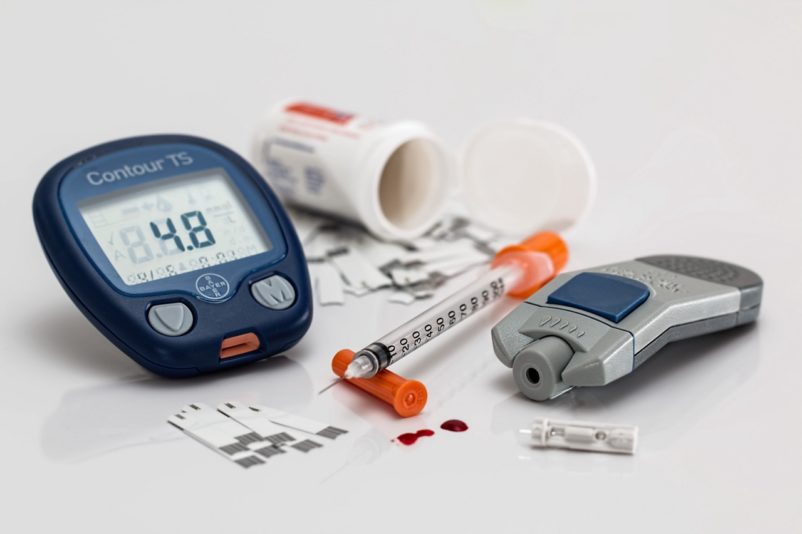 Greetings colleagues, and welcome to the European Alliance for Personalised Medicine (EAPM) update. As 2022 draws to a close, EAPM is as busy as ever planning activities for 2023 related to regulatory dossiers such as pharmaceutical legislation, the European Health Data Space, Orphan Regulation as well as health-care system readiness at a national and regional level, writes EAPM Executive Director Denis Horgan.

On 9 December, the EU Employment, Social Policy, Health and Consumer Affairs Council (the 'Health Council') – consisting of the health ministers of the EU member states, or their respective representatives – considered an ‘information note' prepared by the European Commission.

The Information Note was presented by the EU Health and Food Safety Commissioner, Stella Kyriakides, regarding the implementation of the Regulation (EU) 2017/745 on medical devices ('Medical Devices Regulation' or 'MDR').

The Information Note highlighted the current state-of-play of the MDR implementation and the concerns expressed by several Member States (including the key ‘non-papers' provided by France and Germany), Members of the European Parliament, Medical Device Coordination Group ('MDCG'), feed-back from the Notified Bodies ('NBs').

Simply put, these key stakeholders have collectively considered the ambitious transitional deadlines currently set out in Article 120 of the MDR as unrealistic. The most critical deadline is that European Conformity certificates issued under the directives for active implantable medical devices and general medical devices (the 'Directives') will be void at the latest on 27 May 2024.

As of October 2022, NBs received 8,120 applications and issued 1,990 conformity certificates under the MDR.

Despite the MDCG's efforts to improve certain operational and structural aspects under the MDR through non-legislative guidance documents, the EU legislature now recognises that if not appropriately addressed legislatively, it is very likely that a significant number of life-saving medical devices would be taken off the market because they could not comply with the new requirements under the MDR.

Vaccine hesitancy refers to delay in acceptance or refusal of vaccines despite availability of vaccination services. Vaccine hesitancy is complex and context specific varying across time, place and vaccines. It includes factors such as complacency, convenience and confidence.

The European Centre for Disease Prevention and Control (ECDC) focus is to provide information about hesitant populations, determinants of hesitancy and outcomes of research on the topic, to allow public health to be better informed about the nature of hesitant populations’ concerns, and respond appropriately. In particular, ECDC provides guides and toolkits for healthcare workers, immunisation programme managers and public health experts to support their efforts in addressing vaccine hesitancy.

OECD countries on 14 December adopted the first intergovernmental agreement on common approaches to safeguarding privacy and other human rights and freedoms when accessing personal data for national security and law enforcement purposes. The OECD Declaration on Government Access to Personal Data Held by Private Sector Entities seeks to improve trust in cross-border data flows – which are central to the digital transformation of the global economy – by clarifying how national security and law enforcement agencies can access personal data under existing legal frameworks. It marks a major political commitment by the 38 OECD countries and the European Union that signed up to it during the OECD’s 2022 Digital Economy Ministerial Meeting.

The Declaration is also open for adherence by other countries. “Being able to transfer data across borders is fundamental in this digital era for everything from social media use to international trade and cooperation on global health issues.

Yet, without common principles and safeguards, the sharing of personal data across jurisdictions raises privacy concerns, particularly in sensitive areas like national security,” OECD Secretary-General Mathias Cormann said, launching the Declaration during the OECD Digital Economy Ministerial Meeting. “Today’s landmark agreement formally recognises that OECD countries uphold common standards and safeguards. It will help to enable flows of data between rule-of-law democracies, with the safeguards needed for individuals’ trust in the digital economy and mutual trust among governments regarding the personal data of their citizens.”

The text updates non-binding recommendations from 2003, expanding screening to lung, prostate and gastric cancers from the original list of breast, cervical and colorectal cancer.

The final Council text watered down the Commission’s original proposal, using more cautious language, including narrowing the scope of screening eligibility for some cancers.

Speaking at the health ministers’ meeting, Válek said that as a physician he believes it’s necessary when taking political decisions to always follow the evidence. “I believe that the text that we have in front of us reflects the evidence-based approach,” he said.

Last Thursday (8 December) was the Health Emergency Preparedness and Response Authority (HERA’s) one year birthday. More of a celebration of what the EU has achieved than a critical interrogation of the authority and how it can do better, the event was peppered with ample references to newborns and birthing, with plenty of congratulations for the relatively new authority. “We are establishing a network,” said head of HERA Pierre Delsaux on the sidelines of the event. “We really need to have this combination of actors in different parts of the world, talking to each other, cooperating between each other, avoiding also to the extent possible duplication, and trying to bring results which will be beneficial for everybody.”

Tuesday’s (13 December Telecoms Council gave the final thumb-up to the Czech presidency’s general approach on the Artificial Intelligence Act(the European digital identity position was also approved). Now all eyes are on Parliament. Speaking at an event minutes after the Council’s adoption, AI Act co-rapporteur Dragoş Tudorache admitted that earlier plans to have Parliament’s text by Christmas have officially foundered. “We’re not going to be able to finish by the end of the year,” Tudorache said. He was confident in finding a position by the end of February 2023 — with trilogue discussions with Council and Commission concluding by the end of 2023, under the Spanish Council presidency.

One thing that seems clear is that Council and MEPs are adopting radically different approaches to the AI Act, which might complicate discussions. Tudorache mentioned rules for general purpose AI, the list of prohibited AI practices and governance and enforcement (which Tudorache wants to have a bloc-level layer rather than just leaving the matter to national authorities) as probable contentious points.

Addressing unmet medical needs of patients through innovation is at the heart of everything we do. Take just some of the recent advances in patient care. In 2020, 13,437 women across Europe died of cervical cancer. But innovation is fighting back, with the HPV vaccine reducing risk of cervical cancer by 90%. That’s millions of families not losing a sister, daughter, or mother. Just 10 years ago, only 5% of patients with melanoma were alive five years after they were diagnosed. Today, that number is 50%.

Meaning more people have more time to share with their family and friends. Around 15 million Europeans are living with HEP C. But through an innovative course of medicine, we can make that a thing of the past for 95% of patients. Swapping a lifetime of care, for a lifetime of memories. Addressing unmet medical needs was the starting point for all these advances. It drives the work of the 120,000 industry employees working in R&D roles across the region and it guides the investment of €42bn in European R&D by the industry.

Unmet medical need should help to shape policy and action from early phase research, through clinical development to pricing and reimbursement to how a new medicine is used in practice. But how the research and healthcare communities define and quantify unmet medical need is challenging. Every patient’s perspective is very personal according to their own experience of living with disease and each constituency’s view of unmet need is formed by their own professional expertise and opinion.

For a piece that EAPM published on this topic, please see the following hyperlink: Meeting the Need for a Discussion of Unmet Medical Need

Kaili has tasks and duties suspended

European Parliament vice-president Eva Kaili has had her tasks and duties suspended but retains her seat until a formal vote is taken. The move follows allegations of corruption likely over Qatar as well as a spate of arrests by the Belgian police, involving some €600,000 in cash, as first reported by Belgian media outlets Le Soir and Knack. Kaili has since been expelled from the Greek socialist Pasok party as well as from the European Parliament's Socialist and Democrats group.

That was followed by a statement on Saturday (10 December) by a European Parliament spokesperson announcing Kaili's suspension. "In the light of the ongoing judicial investigations by Belgian authorities, President Metsola has decided to suspend with immediate effect all powers, duties and tasks that were delegated to Eva Kaili in her capacity as Vice-President of the European Parliament," said the spokesperson.

And that is everything from EAPM for this week – stay safe and well, enjoy the weekend, see you next time.