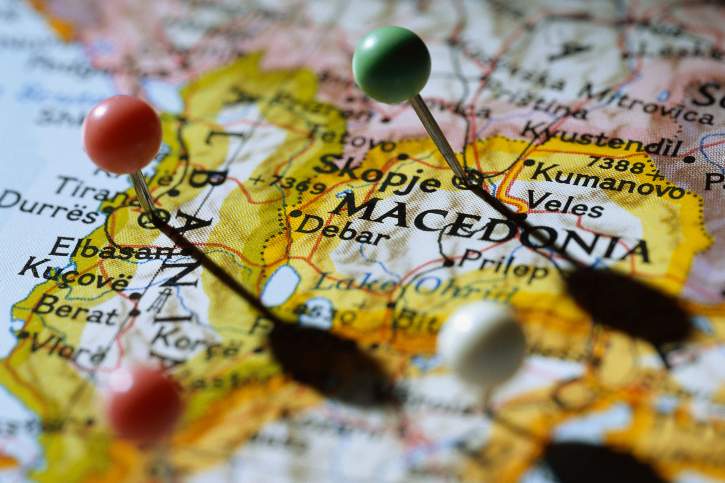 “The enlargement policy must continue to promote European values, stability and prosperity beyond current EU borders. I wish both Albania and North Macedonia a continued and speedy advancement on the path of the reforms, bringing their economies closer to European standards, for the benefit of their citizens and of the whole region,” said Michael Gahler MEP, EPP group spokesperson for foreign affairs, ahead of today's (24 March) decision of the EU member states to open accession negotiations with Albania and North Macedonia.

He reiterates that the EPP Group has always supported a merit-based enlargement process, which mirrors the progress made by each candidate country. “Countries who work harder and achieve EU standards quicker should see their efforts rewarded. In case the progress turns out to be insufficient, negotiations should be halted or their final goal jointly redefined,” he insists.

Andrey Kovatchev, MEP and EPP group vice chairman underlines that both countries have fulfilled all required criteria for starting negotiation talks, but the decision to move forward was blocked due to the scepticism of some EU member states.

“By opening the accession talks, the European Union fulfils its commitment. Solidarity is fundamental, not only for our physical survival, but also to ensure the continuation of the European idea of unity,” said Kovatchev. “I would like to be able to congratulate, later today, both Albania and North Macedonia on their first step towards full European integration. Of course, future progress in the accession talks fully depends on the reforms taken-up by Skopje and Tirana, and their willingness to overcome obstacles in their reform process,” he concluded.

Related Topics:Albaniafeaturedfull-imageNorth Macedonia
Advertisement
Up Next

EU approves €100 million for the post-earthquake reconstruction in #Albania

The Commission has adopted a €100 million package to support the rehabilitation and reconstruction efforts of Albania following the November 2019 earthquake. This funding is part of the total Commission pledge of €115m made at the International Donors' Conference Together for Albania, earlier this year.

Neighbourhood and Enlargement Commissioner Olivér Várhelyi said: “With the adoption of  this €100m financial package, the European Union is living up to its commitment to help Albania in the reconstruction efforts following the earthquake, just as we are also supporting the country to address the consequences of the COVID-19 crisis. We have delivered on our promise to stand by the citizens of Albania and renewed our support to Albania and its European future.”

The newly adopted programme will focus on the rehabilitation and reconstruction of education facilities, including furniture and equipment, to allow children and youth to return to school with better conditions and facilities. It will build on the works already initiated under the existing €15m reconstruction programme financed by the European Commission. The new programme will further finance the rehabilitation of damaged cultural heritage sites, including monuments, museums, libraries and archaeological sites, contributing in this way also to local economic development.

For more information, see the press release, the website of the EU Delegation to Albania and this factograph.

Thousands of Iranians called for the overthrow of the clerical regime as an imperative to establishing democracy and social justice in Iran at a virtual conference from some 2,000 locations in Europe, the U.S. and in the Middle East to mark the beginning of the 40th year of the Iranian people's resistance against the religious fascism ruling Iran, writes Shahin Gobadi.

Maryam Rajavi  (pictured), the President-elect of the National Council of Resistance of Iran - NCRI , and a group of cross-party parliamentarians and dignitaries from various European, North American and Middle Eastern countries attended and addressed the conference. The participants emphasized their support for the Iranian Resistance and the Iranian people's struggle for regime change in Iran and the establishment of democracy and a republic based on universal suffrage.

Thousands of members of the main Iranian opposition group, the Mujahedin-e Khlaq (PMOI/MEK) took part in the conference from Ashraf-3, Albania,  their home since 2017, near Tirana, the Albanian capital. 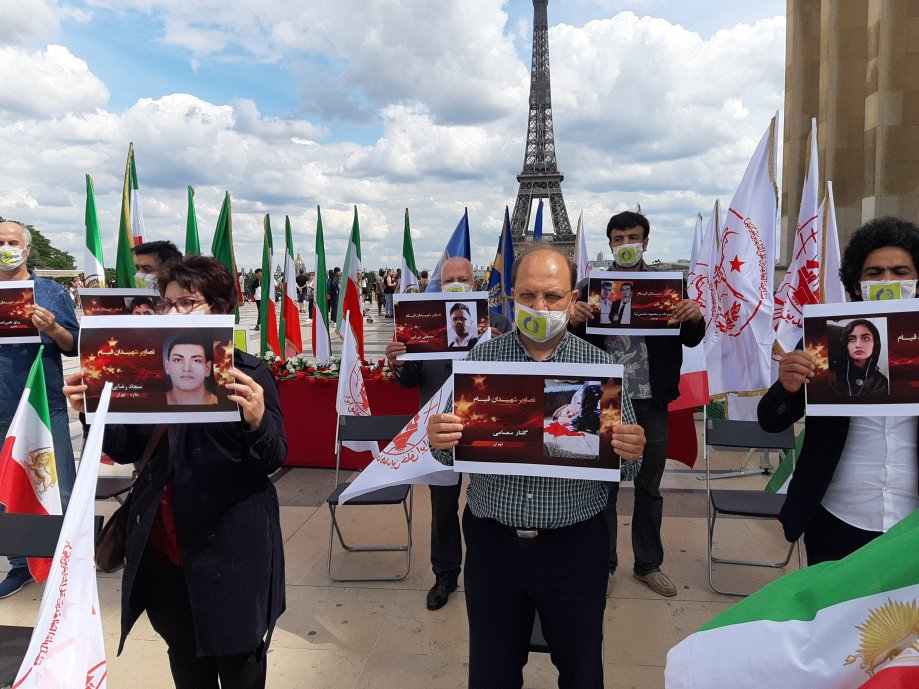 While honoring 40 years of perseverance on the ideals of freedom for the Iranian people, Mrs. Rajavi said: The overthrow of the clerical regime is the firm demand of the Iranian people, and the uprisings in November 2019 and January 2020 represented the people's burning commitment to implement it. With their protests and strikes, and the activities and operations of Resistance Units, every day, the Iranian people move closer to overthrowing the regime. It is for the realization of this goal that political prisoners continue to persevere in prisons across Iran and stand up to Khamenei's henchmen.

She added: "It is up to the international community to hear this message: We have always said and reiterated that this regime should not be allowed to obtain even a single bullet; it should not pocket even a single dollar in oil revenues, and it should not spend even a single dollar out of revenues that belong to the Iranian people. The Iranian Resistance has also emphasized since a long time ago that it seeks the restoration of the six UN Security Council resolutions against the regime. We emphasize the extension of international sanctions against any form of weapons trade with the regime." 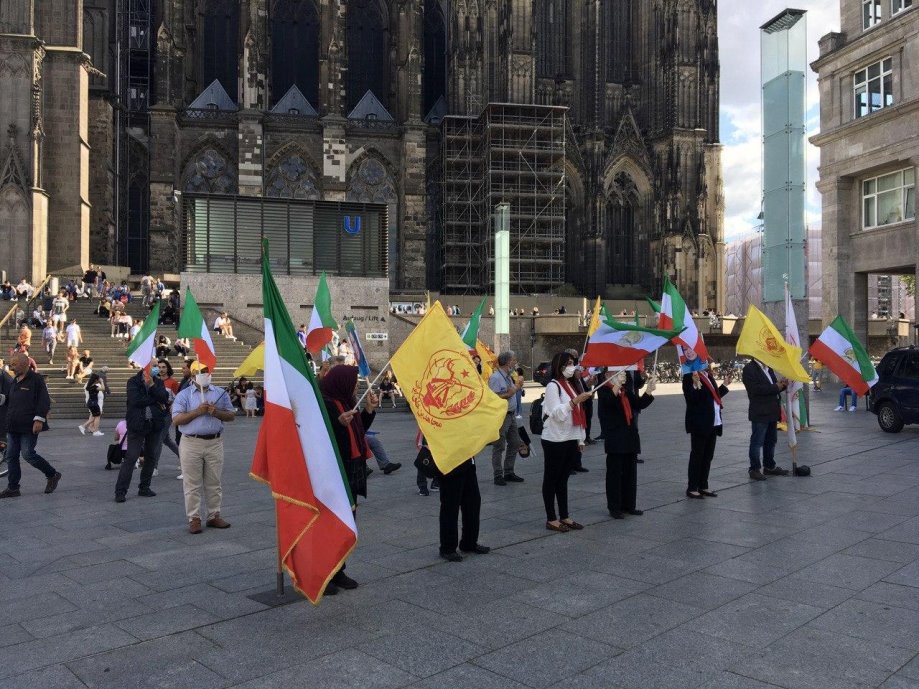 Emphasizing the need to hold the officials of the religious dictatorship accountable for the mass murder of 120,000 of the valiant children of Iran, including the 1988 massacre of 30,000 political prisoners and the murder of over 1,500 protesters during the November 2019 uprising, she reiterated: "The global community must recognize the right to resist against the religious tyranny by the rebellious youth, Resistance Units and the Iranian people."

Rajavi pointed to the fact that exposing and confronting the Iranian regime's policy of exporting terrorism and fundamentalism in the past four decades in which the NCRI and the (PMOI/MEK) have been fully engaged is part and parcel of the major campaign to overthrow the ruling religious fascism, adding: Allow me to inform the Iranian people that the ruling theocracy's extensive two-year conspiracies and efforts to help its arrested diplomat in Belgium have so far proven futile, owing to a series of legal initiatives and a plethora of evidence, documents and testimonies. After a two-year investigation, the first public trial will soon be convened. Precisely two years ago, on June 30, 2018, the clerical regime planned a major massacre, perhaps the greatest massacre during the Resistance's gathering in Villepinte, Paris, which was thwarted at the last minute and the terrorists were apprehended.

Obviously, in the past two years, the Iranian regime spared no effort and pressure to secure the release of the terrorists and the closure of the file. But it failed to prevent the continuation of the investigation and the start of the trial. So far, this is a victory for all those combating terrorism, Mrs. Rajavi noted. She emphasized that this was only the beginning, and the regime's leaders must face justice as the greatest perpetrators of terrorism in the world today as should their agents and mercenaries inside and outside Iran.

Rajavi also underlined: "The resolution by the majority of members in the U.S. House of Representatives, which has recognized the Iranian people's right to the establishment of a democratic, non-nuclear republic based on the separation of religion and state provides a credible model for all other governments and the international community regarding Iran and the Iranian people. The resolution censures the clerical regime's state-sponsored terrorism, and specifically, the terrorist plot against the Iranian Resistance's 2018 annual gathering. It states that the Iranian people have rejected the monarchical dictatorship and, as well, do not accept religious tyranny and oppose it."

This analysis represents the views of the author. It is part of a wide range of varying opinions published by but not endorsed by EU Reporter. 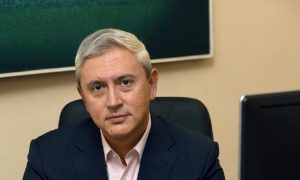 Commission disburses €17 billion under SURE to Italy, Spain and Poland

Why is Portugal seeing a rise in racism?