A new initiative is confirming a trend to help sportsmen overcome the repercussions of the COVID-19 pandemic.

The International Fencing Federation (FIE), headed by Alisher Usmanov, has announced a global support plan aimed at national federations amid the COVID-19 crisis.

"Our world has been facing the coronavirus pandemic, which entails huge consequences for physical and mental health, as well as the economy," Usmanov said in a statement released last Friday by the FIE. "Fencers and their federations have had to abruptly halt their activities. In the spirit of solidarity and unity, and to help our fencing family overcome this difficult period, we came up with an unprecedented plan of support, allocating 1 million Swiss francs for this purpose." 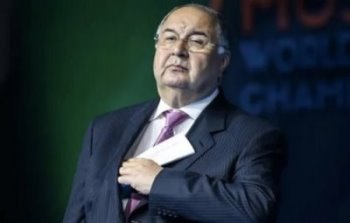 According to the plan adopted by its executive committee, the FIE will provide financial aid for its organisations, athletes, and referees, and will freeze membership and organisational fees. It also secures grants for fencers to take part in upcoming championships.

This announcement comes at a crucial moment when the sporting world is stalled by the ongoing suspension of most activities and the rescheduling of events.

Back in May, World Athletics and the International Athletics Foundation (IAF) established a USD $500,000 welfare fund to support professional athletes who have lost a substantial part of their income due to the suspension of international competitions.

World Athletics President Sebastian Coe noted that the “resources must be focused on athletes who are likely to be competing at the Olympic Games in Tokyo next year and are now struggling to pay for basic necessities due to a loss of income during the pandemic’’.

The FIE, which comprises a total of 157 federations, is currently planning to resume its competitions by next November. The fencers’ senior Olympic qualification rankings remain frozen as of March 2020, it said.

The FIE was one of the first international federations to release its global support plan, which may now be followed by others.

Given the uncertainty over the end of the coronavirus pandemic, sports organizations need to think about how to provide additional moral and financial support to their athletes. More initiatives should be expected from donors and federations in the near future.

Meanwhile, according to Usmanov, the FIE “is working tirelessly to protect our athletes and entire organisation to ensure future competitions take place safely. As fencers, we face the future together, our heads up and our masks on”.

Usmanov, a former professional fencer, has headed the FIE since 2008 and has put a remarkable CHF80 million (USD $82 million) into the FIE’s balance sheet over three previous Olympic cycles, according to the Inside the Games news website.

Twice re-elected to this post, the Russian spared no effort to help promote fencing and to assist the growing national federations in Asia, Africa, and other parts of the world.

He also convinced the IOC, which is headed by the former fencing champion Thomas Bach, to assign the full medal count to fencing during the upcoming Tokyo Olympics.

As the COVID-19 pandemic erupted, Usmanov and his businesses have been helping to fight its impact with large donations in various countries, notably in Russia and in Uzbekistan.

Sports and sports industries may have been severely hit by COVID-19, but sport is also believed to be the best medicine for diseases. Aristotle used to say that “nothing is as draining and destroying to the human body, as prolonged physical inactivity”.

Hopefully, the FIE's initiative to support fencers in this time of continued turbulence will move us closer to ending the current pause in the world’s sporting life.

Commission recommends restricting aid to companies with links to #TaxHavens