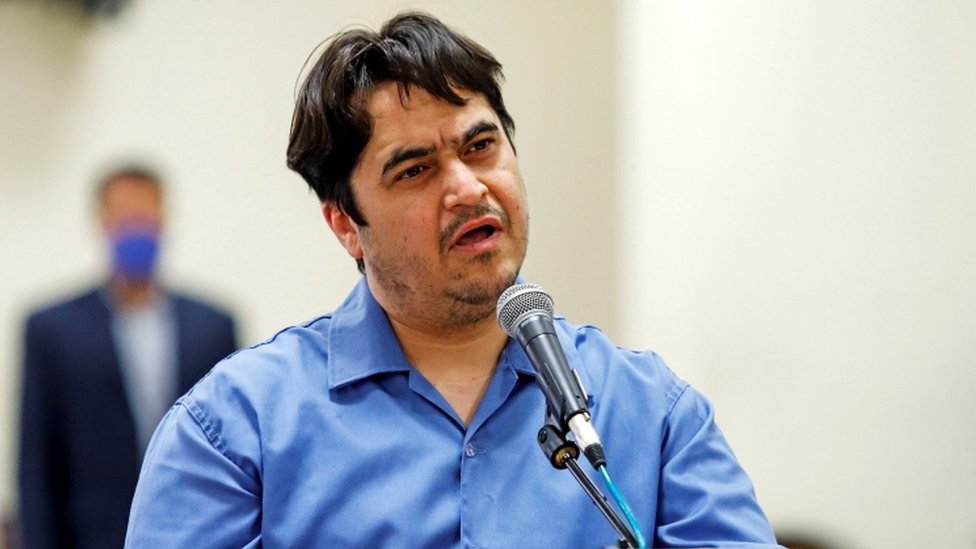 As the UN High Commissioner for Human Rights Michelle Bachelet condemned Iran for the execution of regime critic Ruhollah Zam (pictured), calls for punishing human rights violations in a more effective manner are once again growing louder. In light of this, the EU’s adoption of its long-anticipated new global human rights sanctions regime is a welcome step in global politics – and for the EU itself, who hitherto had to take criticism over its lack of a Magnitsky-style human rights regime to punish human rights violators around the globe, writes Louis Auge.

While the EU’s regime drew inspiration from the American system, Brussels was wise not to create a carbon copy of the Magnitsky Act. After all, the Act has come under fire for several legal shortfalls that are seen as human rights violations in their own right. These are centring around its vague selection criteria, lack of due process and, following from this, abuse for political purposes by the US administration – all of which have thrown the validity of the Magnitsky Act as a tool for human rights enforcement into doubt.

Still, even if the EU has managed to create a legislative mechanism that is less arbitrary than Washington’s, important questions remain the bloc will need to address if it seeks to make its sanctions regime an effective instrument in the fight against human rights abuses – without making it a human right issue itself.

The EU now possesses “a framework that will allow it to target individuals, entities and bodies… responsible for, involved in or associated with serious human rights violations and abuses worldwide, no matter where they occurred.” In this stated ambition it broadly mirrors Magnitsky, and upon closer inspection, has some of the same consequences as well, whether this was intended or not.

Just like the Magnitsky Act, the EU regime provides the legal legitimacy to freeze all funds, assets and other economic resources associated with the targeted individual. The asset freezing can notably be extended to include “non-designated entities” as well as to individuals merely “associated” with the sanctions targets. In other words, the degree of collateral damage arising from EU sanctions can be much more extensive than anticipated, especially considering that the emphasis on targeting individuals was a deliberate choice by Brussels precisely to limit damage beyond the sanctioned individual itself.

This ability to cast the net wide has serious consequences for the targeted individual. If the consequences of the American sanctions regime are a lesson, then the freezing of financial resources makes finding legal representation practically impossible. The adverse effects are only exacerbated given the European Commission’s priority of recent years to elevate the Euro’s standing in global affairs relative to the US Dollar. A response to the extraterritoriality of US sanctions, strengthening the Euro could ironically increase the impact of the European sanctions regime outside the external market – making them effectively extraterritorial in nature.

It’s obvious that these conditions have a serious impact on due process under the EU sanctions regime. Much would already be improved over the Magnitsky Act if the EU were to ensure that the right to defence is upheld, a notion which the European Court of Justice emphasised in a seminal 2008 ruling which stipulated that “the rights of the defence, in particular the right to be heard, and the right to effective judicial review of those rights” need to be respected. It’s evident that Brussels has, if unwittingly, created circumstances that contradict this requirement. Indeed, previous EU sanctions regimes have been notorious for breaching this fundamental right, as can be readily determined by the numerous annulments of counter-terrorist and country sanctions imposed by the EU in the past.

A closely related issue fraud with uncertainties concerns the listing criteria and the provision of evidence upon which listing decisions are based. The European regime is not governed by an independent body for recommending sanctions, and no objective, uniform set of criteria exists to decide when to apply them. Defining clear and distinct criteria is the responsibility of member states but thus far this has only been done in the context of the EU’s horizontal, that is non-targeted, sanctions legislation.

This gap in the context of the new sanctions regime leaves a lot of room for arbitrary agenda-setting, particularly when the information member states rely on to draw up specific criteria is already tainted by political bias. Civil society organizations like NGOs do not have the power to directly suggest sanctions, as they do in the US, which removes a vector of politicisation from the sanctions process, at least on paper. However, considering the power some NGOs wield in public discourses and influencing political decision-making at the highest level, particularly in countries like Germany, there is a real danger that criteria will be drawn up with pre-conceived notions of guilt in mind.

As such, Brussels could well be tempted to swiftly assign culpability, mirroring the Magnitsky Act’s lose framework where the US treasury can cite “cause to believe” as sufficient to justify a listing. Why that’s problematic becomes clear not only by the fact that the target has little recourse to defend itself, but also in light of the far-reaching effects the sanctions have on the individual’s life.

Good intentions are not everything

Sanctions are, by nature, long-term restrictions, which should not be imposed lightly and therefore require irrefutable proof before doing so. The standard of what constitutes legitimate evidence to justify asset freezes and other quasi-permanent punitive measures should be high and is at the core of whether sanctions are just and in line with European and international human rights law – especially because, in reality, sanctions are penalties intended as an alternative to trial.

What does all of this mean for the EU? Many questions need to be answered and details resolved before the bloc’s new sanction regime is being applied for the first time. Member states have not yet proposed any entities for placing under sanctions, so there’s time to tackle these important issues. Brussels has tried hard to avoid replicating the Magnitsky Act, but more needs to be done to ensure its new sanctions regime is truly a worthy addition to the human rights toolbox rather than one of its problems.

Share this article:
Related Topics:euhuman rightshuman rights regime
Up Next

The use and abuse of national security: The need to adhere to the rules of the multilateral trading system

How low can the EU go?

The European Commission has disbursed €231 million to Slovenia in pre-financing, equivalent to 13% of the country's grant allocation under the Recovery and Resilience Facility (RRF). The pre-financing payment will help to kick-start the implementation of the crucial investment and reform measures outlined in Slovenia's recovery and resilience plan. The Commission will authorise further disbursements based on the implementation of the investments and reforms outlined in Slovenia's recovery and resilience plan.

The country is set to receive €2.5 billion in total, consisting of €1.8bn in grants and €705m in loans, over the lifetime of its plan. Today's disbursement follows the recent successful implementation of the first borrowing operations under NextGenerationEU. By the end of the year, the Commission intends to raise up to a total of €80 billion in long-term funding, to be complemented by short-term EU-Bills, to fund the first planned disbursements to member states under NextGenerationEU.

The RRF is at the heart of NextGenerationEU which will provide €800bn (in current prices) to support investments and reforms across member states. The Slovenian plan is part of the unprecedented EU response to emerge stronger from the COVID-19 crisis, fostering the green and digital transitions and strengthening resilience and cohesion in our societies. A press release is available online.