EU leaders met via video conference this evening (19 November) to discuss the EU response to the COVID-19 pandemic. The meeting also touched on the EU’s long term budget plan, which Hungary, Poland and Slovenia are threatening to veto over the new rule of law conditionality attached to spending programmes.

European Council President Charles Michel said that the decision had been taken in July and it was now a question of implementing what had been agreed upon while underlining the efforts made by the German presidency to reach an agreement with the European Parliament on the package. Michel that the leaders took note of the situation, but said that it was not enough, underlining how important the budget and recovery fund was for the economy and jobs.

European Commission President Ursula von der Leyen also said that the European Union needed to implement what was decided in July. She said: “People in Europe, businesses and companies in Europe are urgently waiting for the funding in this unprecedented crisis and deep recession. We need to listen to what the issues are, we will try to solve them. And again, I want to reiterate that Europe has been in many, many very critical situations and the very end has found solutions to move forward.”

Montenegro is building its first-ever motorway. Due to a huge loan scandal, it’s now become the country’s highway to hell. 40 bridges and 90 tunnels are expected to be built and financed by the Chinese. However, the project has been hit by corruption allegations, construction delays and environmental tragedies. Today, out of the planned 170 kilometres, just 40 have been completed, writes Juris Paiders.

The motorway is one of the most expensive in the world. It's financed by a loan from China loan. Paying back this money is creating problems. The story starts with Montenegro's former Prime Minister and current President, Milo Dukanović. He conceived the motorway to boost trade in the small Balkan country.

However, lacking funds to start construction, he accepted a billion-dollar loan from China in 2014. Other investors didn't want to get involved. Prior to this, French and American feasibility studies highlighted the risks of such an oversized project. The European Investment Bank and the IMF also announced that it was a bad idea.

Now, with the pandemic crushing Montenegro’s tourism-dependent economy, the country is struggling to find a way to finance the missing stretches of road.

The motorway should link Bar Harbor in the south to the border with Serbia in the north. The first section was scheduled to be finished in 2020, but it still isn't.

Politicians promised that the motorway contraction will boost employment in Montenegro. However, the Chinese contractor brought in its own workers, with no contracts or social security contributions.

An NGO backed by the EU is investigating corruption allegations involving subcontractors. Out of the huge loan from China, 400 million Euros were given to subcontractors, which some of them are linked with President.

In Montenegro people are hoping that there will be justice and someone should pay for this ambitious constructions plan. However, some fear that China has its eyes on Bar's deep-water harbor. When signing the billion-dollar-loan with China, Montenegro agreed to some strange terms, like giving up sovereignty of certain parts of the land in the case of financial problems. Arbitration in this scenario would take place in China using Chinese laws.

A long-term harbor concession would fit nicely into China’s “Belt-and-Road-Initiative”, a global infrastructure project to access markets. Harbor authorities in Bar are already hoping for an economic upturn and have plans for two new terminals.

The Chinese-managed motorway isn’t just mired in cronyism allegations; it’s also accused of damaging the protected Tara river valley. The ecology group 'Green Home', after several monitoring of Tara River, has concluded that impact of incompetent construction on river is disastrous. Sediment from the construction site is trickling into the water, preventing the fish from spawning.

Chinese managers have been accused of ignoring basic EU standards and Montenegro is criticized for failing to supervise construction correctly. Rubble has changed the Tara riverbed, perhaps irreparably.

Environmental experts proposed alternative layouts of the motorway that would have avoided the Tara valley, but they were ignored.

The river Tara is UNESCO protected and it should be forbidden to gravel the soil and sand, but this is happening there because of the construction work.

All over the Western Balkans, Chinese investment has slowed down EU compatible reforms. China’s silk road ambitions are not always in line with EU standards of good governance, environmental protection, rule of law and transparency. Their influence is creating a wedge between the EU and the Balkan states.

The opinions expressed in the above article are those of the author alone, and do not reflect any opinion on the part of EU Reporter.

EU Spring forecast 2021 - ‘Recovery is no longer a mirage’ 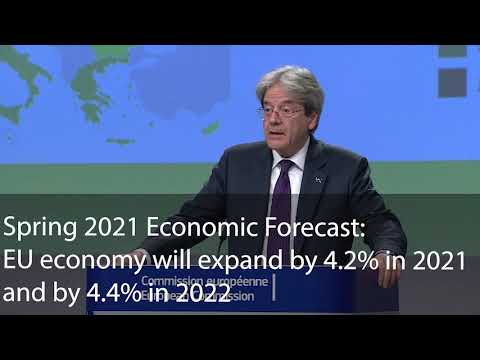 Economy Commissioner Paolo Gentiloni today (12 May) presented the EU’s Spring Economic Forecast. The latest projections estimate that the EU economy will expand by 4.2% in 2021 and by 4.4% in 2022.

While growth rates vary across the EU, the Commission forecasts that all EU countries should see their economies return to pre-crisis levels by the end of 2022.

The more rosy picture is due in part due to the efficiency and effectiveness of vaccine rollout and the growth in consumption, investment and rising demand for EU exports from a strengthening global economy.

Gentiloni said: “For a year, we have been presenting forecasts that were very negative. Today for the first time since the pandemic hit we see some optimism prevailing over uncertainty. That uncertainty is, of course, still there and we should never forget this. But recovery is no longer a mirage. It is under way. We must avoid mistakes that could undermine it, namely a premature withdrawal of policy support. The quality, the strength, and the duration of the recovery could still be influenced by the pandemic, but our economic fate is primarily in our own hands. And that is why we need to roll up our sleeves.”

Higher levels of growth will be driven by the highest level of public investment, as a proportion of GDP, for more than a decade by 2022. This will be helped in no small part by the Recovery and Resilience Facility (RRF), the key instrument at the heart of NextGenerationEU.

While the Commission has seen some evidence that the labour market is improving with employment rising in the second half of 2020 and unemployment rates decreasing, for some countries the levels of unemployment remain stubbornly high, with Greece at a shocking 16%.

Public support schemes, including those underpinned by the EU’s SURE instrument, have prevented an even worse scenario, but rates of unemployment are estimated to remain higher than pre-pandemic levels after 2022. It is anticipated that companies will not be hiring until there is a further recovery.

Inflation rose sharply early this year, due to the rise in energy prices and a number of temporary, technical factors, such as the annual adjustment to the weightings given to goods and services in the consumption basket used to calculate inflation. The reversal of a VAT cut and the introduction of a carbon tax in Germany also had a noticeable effect. The Commission project that inflation will however remain below the target rate of 2%.

Public debt levels are expected to peak in 2021, all EU countries, except for Denmark and Luxembourg, are expected to exceed the 3% rule laid down in the Stability and Growth Pact in 2021, but this is forecasted to fall significantly in 2022. In the EU, the ratio of public debt to GDP is forecast to peak at 94% this year before decreasing slightly to 93% in 2022.

Gentiloni’s main concern is the premature withdrawal of support measures which could jeopardise the recovery. On the other hand, he acknowledges that a delayed withdrawal could lead to the creation of market distortions and prolong the life of unviable firms.

There is also a warning that corporate distress and the financial sectors situation could prove worse than anticipated.

European Year of Rail: Connecting Europe Express will travel across 26 countries in 36 days 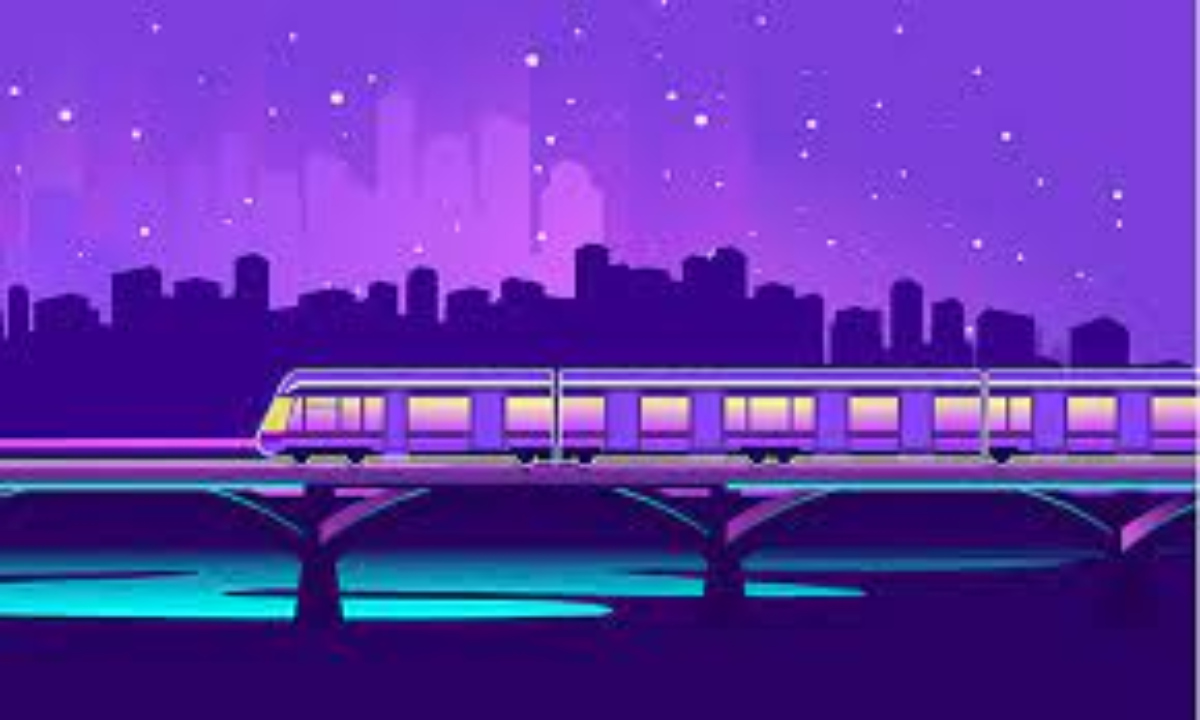 On Europe Day (9 May), the Commission announced the route and timetable of the Connecting Europe Express, as part of the European Year of Rail 2021. Beginning its journey on 2 September in Lisbon and stopping in more than 70 cities in 26 countries, the train will link the Portuguese, Slovenian and French Presidencies of the Council of the EU, arriving in Paris on 7 October. The special train will demonstrate the power of rail to connect people and businesses, and the importance of EU infrastructure policy in making this possible.

Transport Commissioner Adina Vălean said: “Crisscrossing the continent, from Lisbon to Bucharest and from Berlin to Paris, the Connecting Europe Express will follow routes that bind us together – whether countries, businesses or people. While a symbol for connectivity, this train also serves as a reminder that we still have a long way to go and much work to do before rail becomes the transport option of choice for Europeans. Welcome the Connecting Europe Express as it stops at a station near you and join the events taking place around the continent.”

The project is a unique endeavour, involving the European Commission and the Community of European Railway and Infrastructure Companies (CER), European rail operators, infrastructure managers and numerous other partners at EU and local level. At each of the stops, events and other activities, adapted to local COVID-19 measures, will shine a light on the key role that rail plays for our society, but also on the challenges that rail must still overcome to attract more passengers and freight. You can have a look at the main stops or at the full map of the route here, and watch Commissioner Vălean's video message. Find more details here.