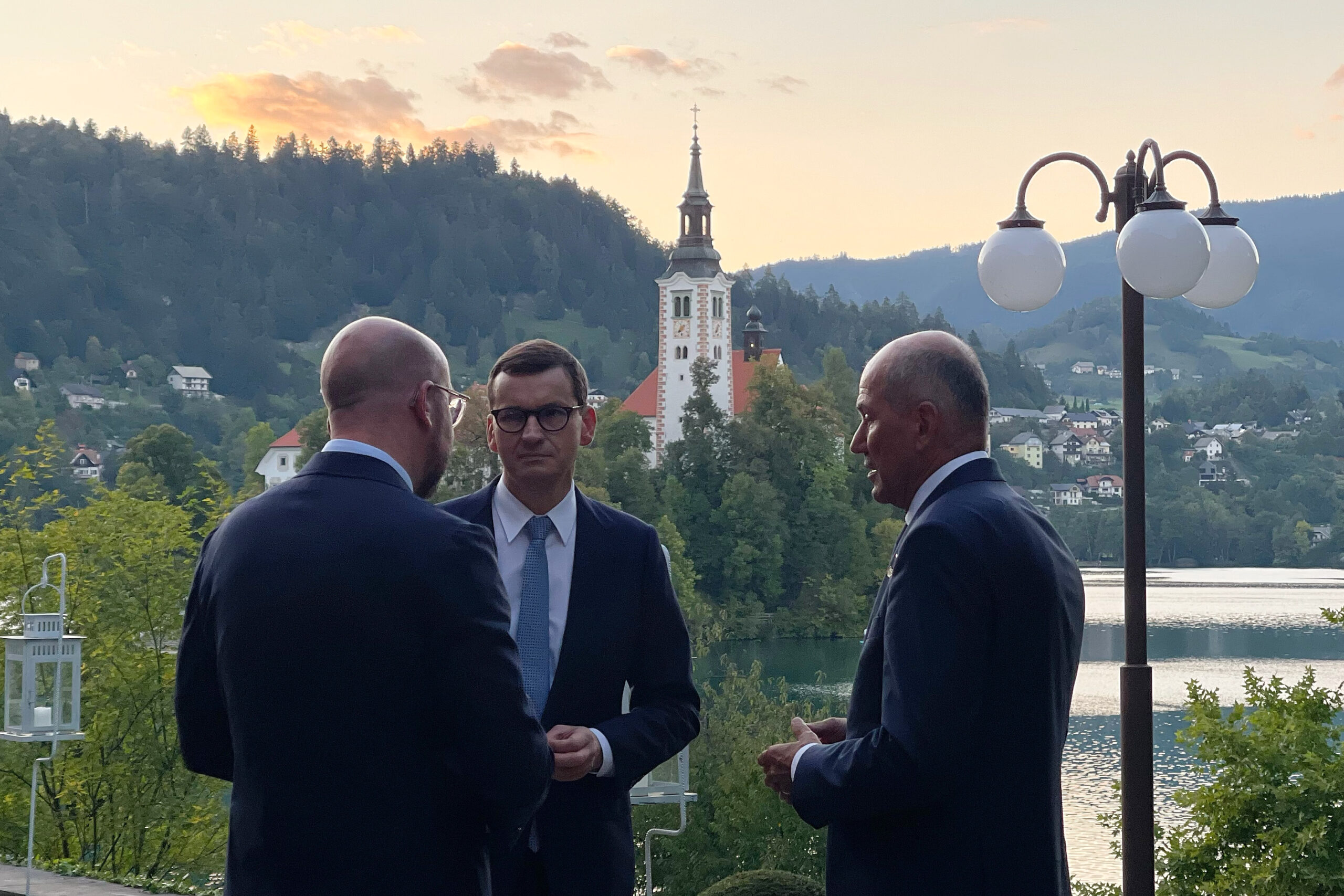 The European Council will be meeting for the Autumn summit on 21 and 22 October. The heads of government will discuss COVID-19, taking stock of the European and wider international situation, the digital transformation and progress on key legislative proposals (Digital Services Act and Digital Markets Act), how to deal with the hike in energy prices, migration and external relations. However, looming large will be the situation in Poland and the challenge to the primacy of EU law.

The European Commission has said that it will respond swiftly to the decision of Poland’s illegally constituted Constitutional Tribunal. The European Parliament is in session again and MEPs will discuss the rule of law crisis in Poland and the recent decision on the primacy of EU law, with Polish Prime Minister Mateusz Morawiecki and Commission President Ursula von der Leyen.

The EUCO is also likely to be edgy due to the latest Twitter tirade by Janez Janša where he tweeted a conspiracy theory about MEPs links to George Soros. The obsession with Soros is something that he conspicuously shares with Viktor Orban and Donald Trump. The tweets were targeted at a delegation of MEPs visiting Slovenia. Dutch Prime Minister Mark Rutte responded: “Tasteless tweet by Janez Janša about MEPs. I condemn it in the strongest possible terms. The government just conveyed this same sentiment to the Slovenian ambassador in The Hague.”

Janša wasn’t afraid to keep digging. Referring to a crime reporter, Peter de Vries, who was recently murdered in Amsterdam, he tweeted back that “Well, Mark, @MinPres, don't waste time with ambassadors and media freedom in Slovenia. Together with @SophieintVeld, protect your journalists from being killed on the streets."

The European Commission will relaunch their consultation on the fiscal framework. Initially launched at the start of 2020 it was suspended in the face of Covid-19. The ‘escape clause’ was activated during the crisis to allow for the necessary support during the worst phase of the pandemic.

In a recent article with Der Spiegel Klaus Regling, European Stability Mechanism Managing Director said when asked if the EU would lose credibility if the stability rules were eased further, he replied: "You can also lose credibility by sticking to rules that have become economically nonsensical."

What is clear is that the EU will need further public investment to assist in the financing of the green transition. Rather than take a dogmatic approach, or throw the rules out the window, the Commission and member states are more likely to take a middle road where they still aim at meeting the 3% deficit and 60% debt to GDP target, but take a more nuanced approach on the pace and path towards these targets.

In addition to the rule-of-law crisis in Poland, the European Parliament will also discuss the Pandora Papers and the implications for combating money laundering, tax evasion and avoidance; the UN Climate Change Conference in Glasgow (COP26), and the Farm to Fork Strategy for more sustainable food, among other issues. We will also find out who is the winner of this year’s Sakharov Prize.