How we pursue entertainment is changing thanks to improvements in technology. Europeans now enjoy faster internet and more readily available mobile technology than ever before, with performance and connectivity improving year on year.

For consumers, the cost of entertainment enjoyed via technology is also continually falling in price, meaning it’s often cheaper to stay at home than to visit traditional entertainment venues. This is having a significant impact on the entertainment industry as a whole, bringing great changes to how Europeans prefer to spend their leisure time.

Cinemas versus Video on Demand

Europeans still enjoy going to cinemas in their droves, according to annual reports published by the International Union of Cinemas (UNIC). Over 1.25 billion people visited cinemas for a fourth consecutive year in 2017 according to UNIC data analysis. However, there were also some interesting trends developing in certain key countries.

Although cinema attendances continued to grow in the UK (+1.4%) and Germany (+1.0%), these figures are down on previous years. Meanwhile, attendance actually fell in other major markets such as France (-1.8%), Spain (-0.5%) and Italy (-12.4%), compared to previous years. This can be partly explained by ticket prices in these countries being amongst the highest, but there’s also another important factor at play.

Over the last several years, video on demand (VoD) streaming services have grown exponentially, as they have become more widely available across the European market thanks to improved internet connectivity and mobile communications. It’s no coincidence that in the countries that have experienced stagnation or declining cinema attendances, VoD services such as Netflix, Amazon Prime Video and HBO have recorded the fastest growth.

For roughly the same cost of a ticket to see one movie at a cinema in these European countries, people can subscribe to VoD services for a month. During that time, they could enjoy watching as many movies as they want from the comfort of their own homes, all without the extra cost of travelling to a cinema.

Akin to the challenges facing the cinema industry in Europe, traditional land-based casinos are also noting a rapid decline in attendances throughout all countries. This is largely due to the technological boom over the last decade in particular, given there’s a much bigger choice of online casino sites than ever before, thanks to improved internet and mobile communications services.

While the land-based casinos are fairly limited in terms of the services and gaming options they can provide at their venues, online casino doesn’t have the same expensive overheads or operating costs to consider. This means they can offer attractive bonus offers to encourage players to visit their sites, whilst also offering a much broader range of gaming entertainment. As a look at Redbet will prove, online casinos tend to include far more variants on traditional games such as slots, poker, blackjack and roulette than land-based casinos. 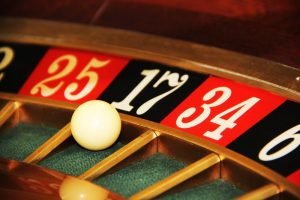 According to Market Watch reports, the global online gambling and gaming market is set to exceed revenues of $525 billion USD (roughly €464 billion) by 2023. The iGaming trend has boomed thanks to the increased penetration of faster home internet connections and mobile applications, particularly in key European countries such as the UK, France, Spain, Italy and Germany.

The video games industry as a whole, of which iGaming is now a major sector, actually overtook the cinema industry for global revenues in 2018 for the first time. This is evidence of increased demand for entertainment which offers interaction and participation, along with the convenience of people being able to be entertained whenever they want, wherever they want.

There’s no doubt that traditional cinema and land-based casino venues face a challenging future, as they attempt to remain relevant in the face technological advances, which in turn, have completely changed how people pursue their favoured entertainment activities. This could lead to some traditional venues falling by the wayside, as people increasingly turn to home entertainment instead.

However, traditional cinema venues and land-based casinos do seem prepared to adapt in these changing times. Cinemas are now often located in shopping centres with restaurants and cafes, catering for an audience who want to experience going out to watch movies as a social event, something to be enjoyed in the company of family and friends. 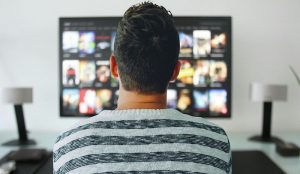 Likewise, land-based casinos are shifting their focus. Many existing venues are offering clients a more exclusive or VIP experience, or event-based packages with live music and other entertainment on offer, aside from the traditional table games and slots. The resort experience also continues to receive huge investment, although this is shifting away from Europe and the USA, to focus on the booming market in Asia.

The demand for unique venue-based entertainment experiences will remain for the foreseeable future, although the phenomenal growth of home and mobile entertainment consumption poses a huge challenge for traditional venues in the years to come. How entertainment providers change and adapt their efforts will be important to their survival.