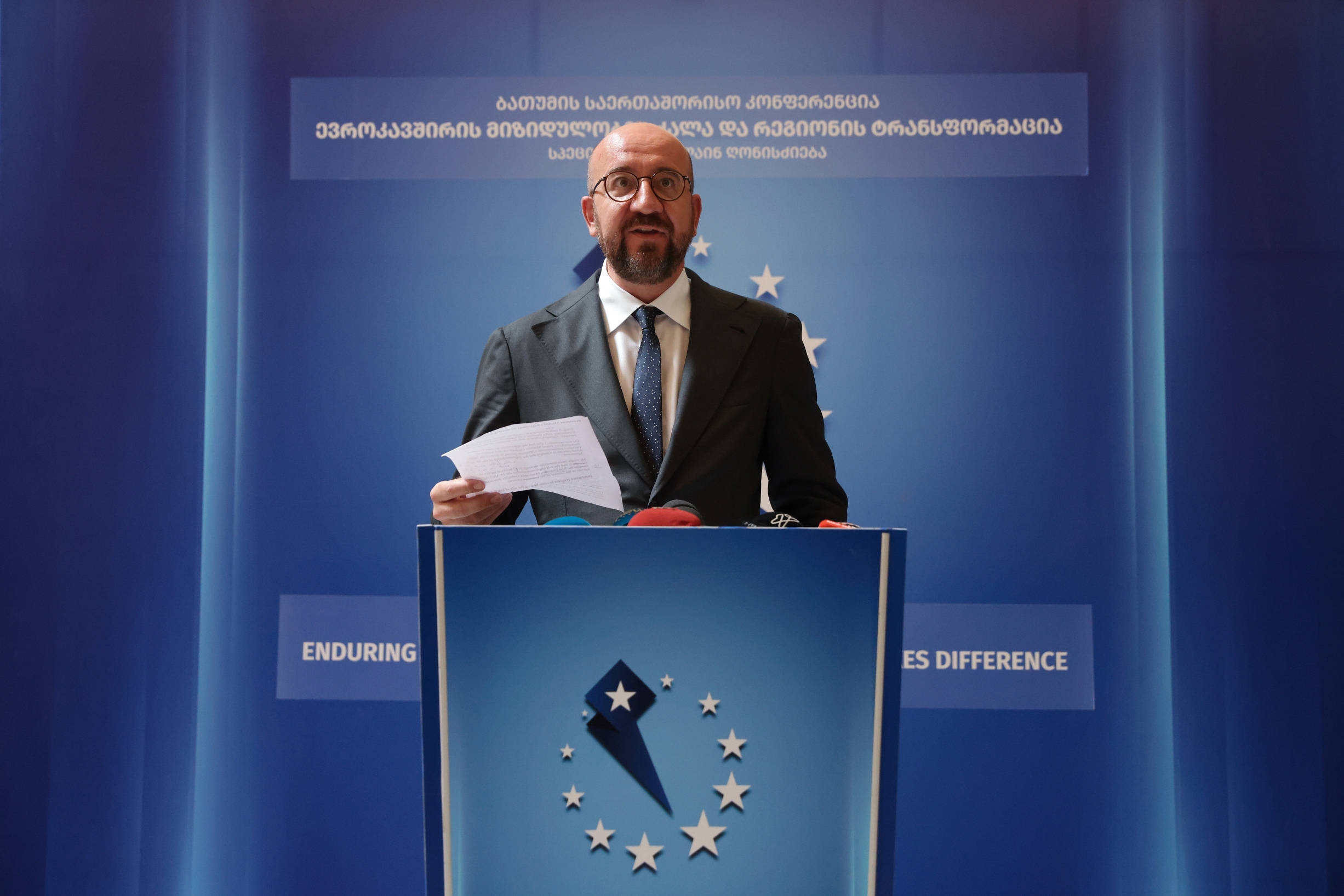 Georgian Dream’s party has taken the unilateral decision to annul the 19 April agreement it reached to enact reforms blaming opposition parties. 27 July marked 100 days since the signing of the agreement. Georgian Dream claims to have “conscientiously fulfilled each clause of the document”.

The announcement comes ahead of municipal elections. The party maintains that all allegations against it “were false”.

European Council President Charles Michel issued a statement: “I have taken note of the decision by the Georgian Dream as regards the 19 April Agreement. This agreement continues to offer a European way towards building a stronger democracy and rule of law in Georgia in the interest of the Georgian people. I have equally taken note of the continued non-signature by the [opposition party] United National Movement of the agreement.

“I see no alternative to continued in-depth electoral and judicial reforms, and free and fair local elections. I call on all parties to put the interests of the citizens first and to commit to advancing Georgia’s political discourse within the framework of the country’s democratic institutions. Consultations with a number of political actors in Georgia are starting. Yesterday, I met with President Zourabichvili to discuss the situation and EU-Georgia relations.

The US Embassy in Georgia was even more forceful in their condemnation, describing Georgian Dream’s decision to withdraw from the agreement as deeply disturbing and stating that they were “exasperated” by the unilateral decision and that: “Washington is growing increasingly alarmed about repeated setbacks to Georgia’s democratic future.”

Similarly, Georgian civil society was fast to express alarm: “We, the undersigned civil society organizations, would like to react to the statement by the Chair of the ruling party Georgian Dream, Irakli Kobakhidze, on the withdrawal from the EU brokered so-called Charles Michel agreement, signed by Georgian Dream.

“We believe that this decision by the authorities constitutes a straightforward rejection of Georgia's Euro-Atlantic course and the peaceful development of the country through democratic reforms. The decision of Georgian Dream is a way to deepen the pre-election political crisis and polarization and only serves a desire to retain the power, for which Georgian Dream is ready to sacrifice the country's prosperity, Western orientation, democratic development and friendly relations with strategic partners.”

Neighbourhood and Enlargement Commissioner Olivér Várhelyi (pictured) will travel to the South Caucasus from today (6 July) to 9 July, visiting Georgia, Azerbaijan and Armenia. This will be Commissioner's first mission to countries of the region. It follows the adoption of the Economic and Investment Plan, underpinning a renewed agenda for recovery, resilience and reform for the Eastern Partnership countries. During his meetings with political authorities, business and civil society actors, Commissioner Várhelyi will present the Economic and Investment Plan for the region and its flagship initiatives per country. He will also discuss key issues of bilateral relations with each of the three countries. The Commissioner will confirm the EU's solidarity with partner countries in the fight against the COVID-19 pandemic.

In Georgia, Commissioner Várhelyi will meet with Prime Minister Irakli Garibashvili, Foreign Minister David Zakaliani, Chairman of the Parliament Kakhaber Kuchava and representatives of political parties as well as with Patriarch Ilia II among others. In Azerbaijan, he will have meetings with Foreign Minister Jeyhun Bayramov, Head of the Presidential Administration Samir Nuriyev, Minister of Economy Mikayil Jabbarov and Minister of Energy Parviz Shahbazov among others. In Armenia, Commissioner Várhelyi will meet with President Armen Sarkissian, Acting Prime Minister Nikol Pashinyan, Acting Deputy Prime Minister Grigoryan, and Patriarch Karekin II among others. Audiovisual coverage of the visit will be available on EbS. 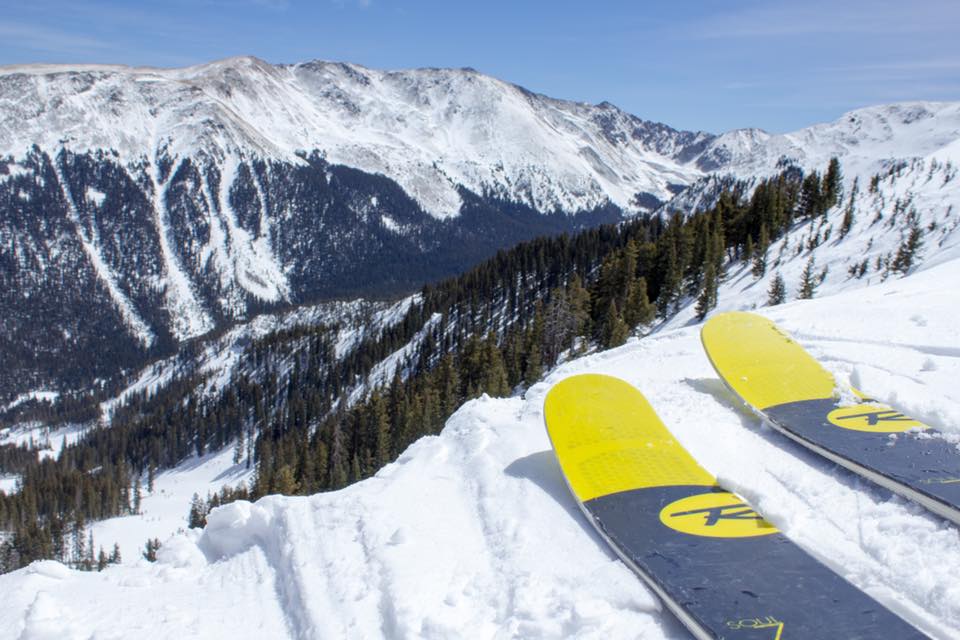 When, more than 20 years ago, I began my involvement in Georgia’s fledgling snow sport tourism, it was only a distant dream that we could host a Ski World Cup. In February, that dream became more of a reality, as world class skiers and snowboarders arrived for Ski and Snowboard Cross World Cup events at Bakuriani. In 2023, that dream that generations of Georgians held will be further realised as the world’s best skiers congregate for the FIS Freestyle World Ski Championships, writes George Ramishvili.

Dominated by the South Caucus Mountains with stunning natural beauty, good snow cover and regular sunshine, Georgia could be soon discovered by millions of snow sports fans as a perfect winter sports destination. Georgian mountains dwarf the peaks of their Western European counterparts, with many reaching over 5000m, providing some of the best Heliskiing and freeride skiing available.

During my time as President of the Georgia Ski Federation, I prioritised establishing competitive skiing in Georgia. By introducing the National Georgian Ski Championships, we enabled talented young skiers at locations across the country to gain greater experience in competitive skiing. This also helped lay the groundwork to bring bigger and better international competitions to Georgia.

Bakuriani was one of the country’s first ever ski resorts in 1932, acting as a training hub for top athletes back in the days of the USSR. It will play host to 2023’s FIS Freestyle Ski, Snowboard and Freeski World Championships and can now become the vivid centre of the continuing vision of turning Georgia into a major winter sports hub. This progress made has not happened overnight and required the commitment of the Georgian Ski Federation and the strong support of the Georgian Government, who are doing an excellent job of building infrastructure, driven by a fantastic team of enthusiastic supporters. It is also with thanks to the FIS Council members and their President, Gianfranco Kasper, for recognising Georgia’s potential as an elite competition venue and trusting us as hosts.

This is welcome recognition for those of us who have supported and developed the industry over decades. World class skiers can only compete on world class slopes, which Georgia is patiently spending time, money, and effort developing. Silknet and Silk Road Group between them have been proud sponsors of the Georgian Ski Federation and Georgian National Ski Team for nearly 20 years, providing logistical and financial support to back up our faith in the winter sport industry’s potential.

Despite this, even in Val d’Isère back in December 2015 when my advisor and long-time friend Patrick Lang and I first envisioned and discussed the idea of Georgia applying for future FIS Freestyle Skiing and Snowboard World Championships, the reality still felt a long way off. By starting with smaller scale, such as basic FIS-class tournaments, soon followed by Europa Cup level Freestyle and Snowboard events, we quickly built up the infrastructure and experience required to soon host world class events.

With Georgia stepping firmly forward as an elite winter sports destination, it is important as a next step to establish ski schools in mountain locations such as Gudauri, Bakuriani, Mestia and Ajara. This will enable children to live, study and train there before going on to succeed in European tournaments. This is a crucial step in making Georgia a world class winter sports destinations.

Now, with high-profile World Cup competitions successfully held last winter, our ski resorts are firmly on the map, placing the Caucuses increasingly alongside major winter sport destinations like the Alps and the Rockies. Resort development for competition skiing has triggered development for tourism, which, in turn, will form a greater part of Georgia’s wider economic progress. It will also help to promote a healthier lifestyle further adding to the social and economic benefits, especially in light of the pandemic.

As fantastic as it is to see the world’s leading winter sports competitions heading to Georgia, getting amateur skiers from across the world to our slopes should be the next goal. Tourism has a key role to play in Georgia’s economic recovery from Covid. In 2019, a record-breaking over 9 million foreigners visited, with projections suggesting this growth was only going to increase further, however most of these were not winter sport tourists, meaning there is lots of potential left to realise.

Skiing has always been a sport close to my heart. Growing up, I was a regular at the soon to be World Cup slopes of Bakuriani. In the 1990s, during the aftermath of the Soviet Union collapse, it was heart-breaking to see the urban development mistakes at the resort. With extensive, modern winter sports infrastructure such as new chair lifts and artificial snow lakes, necessary for holding large-scale world class events, Bakuriani will revert to its former glory. The hope is that a more methodical, smarter approach to developing relatively untouched slopes of Kazbegi, Mestia, Tusheti, Racha, Bakhmaro and Goderzi will be adopted. This will also help further the prospects of those young skiers taking part in competitive skiing and efforts to improve the health of Georgians as a whole.

I am confident that as vaccines increase and international travel slowly resurges – as is already starting with direct flights from Europe, Dubai and Israel – Georgia will recover its tourism momentum. In the meanwhile, despite the ongoing difficult times, we can be grateful to have world class ski competitions in the Caucasus, a positive signal that should encourage us all. 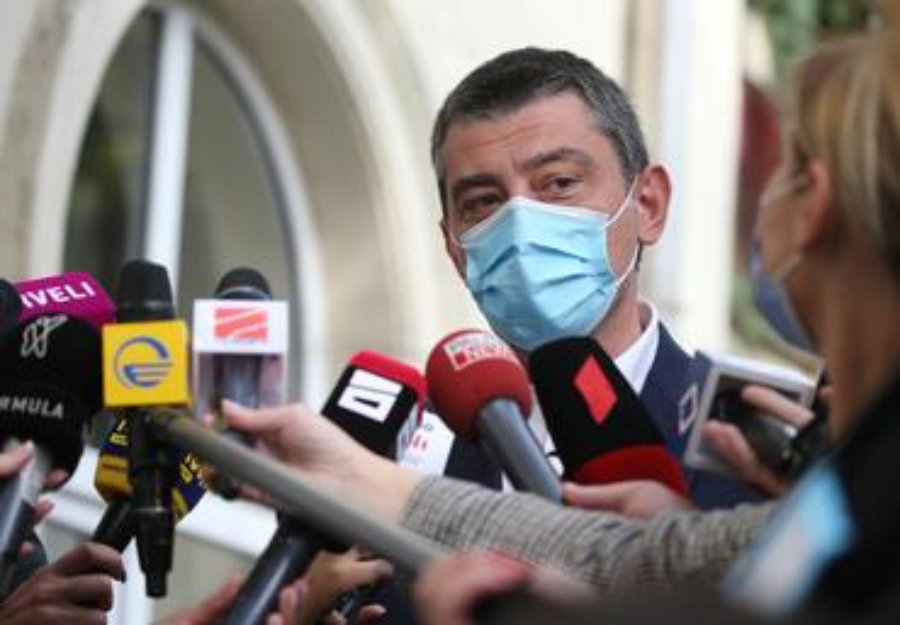 Gakharia, who had held the post since 2019, said he was stepping down because of a disagreement with his own team over the detention of Nika Melia, a prominent opposition politician.

“I believe that confrontation and rivalry within the country endanger the future of Georgia’s democratic and economic development,” Gakharia wrote on Twitter.

“Therefore, I have announced my resignation in the hope of reducing polarisation and de-escalating the situation.”

Gakharia had said that Melia’s detention was unacceptable if it threatened to fuel political divisions in the South Caucasus country of 3.7 million people.

Melia, chairman of the United National Movement (UNM) opposition party, had been accused of inciting violence at street protests in June 2019, a charge he has dismissed as politically motivated.

A court in the capital Tbilisi on Wednesday ordered that Melia be taken into custody for allegedly failing to post bail.

Following Gakharia’s resignation, the Interior Ministry announced it was postponing carrying out the order to take Melia into custody.

A crowd gathered outside his party’s offices and waved Georgian flags in celebration, according to Sputnik Georgia.

Inside UNM headquarters, Melia called for an early election.

“On behalf of all opposition parties, I declare: let’s sit at the negotiating table with representatives of this government and start negotiations on new early elections,” Melia said.

Georgian Dream won the parliamentary election in October last year, but the opposition said the vote was rigged and marred with violations.

Melia said at the time that his party did not recognise its outcome and called for a re-run.